“I want to create a brand that people live in,” says entrepreneur Ashley Turchin. A former print and runway model for THE Artist Agency in Georgetown, she’s casually dressed in a belted navy tunic over skinny moto jeans and a pair of side-zip ankle boots that she swears are the most comfortable shoes she’s ever owned.

We’re chatting on a giant ottoman inside Anthom, the women’s clothing boutique that Turchin opened in the Mosaic District in May. (She and her partners have since opened a second location in Chelsea in Manhattan.) It’s a minimalist space appointed with gleaming copper fixtures, unfinished plywood furniture, copious light and spare racks of monochromatic clothes.

Behind the counter, an oversize fashion photo—culled from one of Turchin’s favorite look books—is flanked by a pair of miniature speakers. Every item in the store is visible when you walk in.

Mature beyond her 27 years, Turchin seems to have identified an unfilled niche in our corner of the fashion universe. Most of the shop’s designers are new and emerging, straight out of design school in New York or L.A., or otherwise undiscovered talents. Their designs represent the kind of eclectic chic that gets wearers surreptitiously photographed on urban street corners, with nods of approval from style watchers and fashion bloggers. 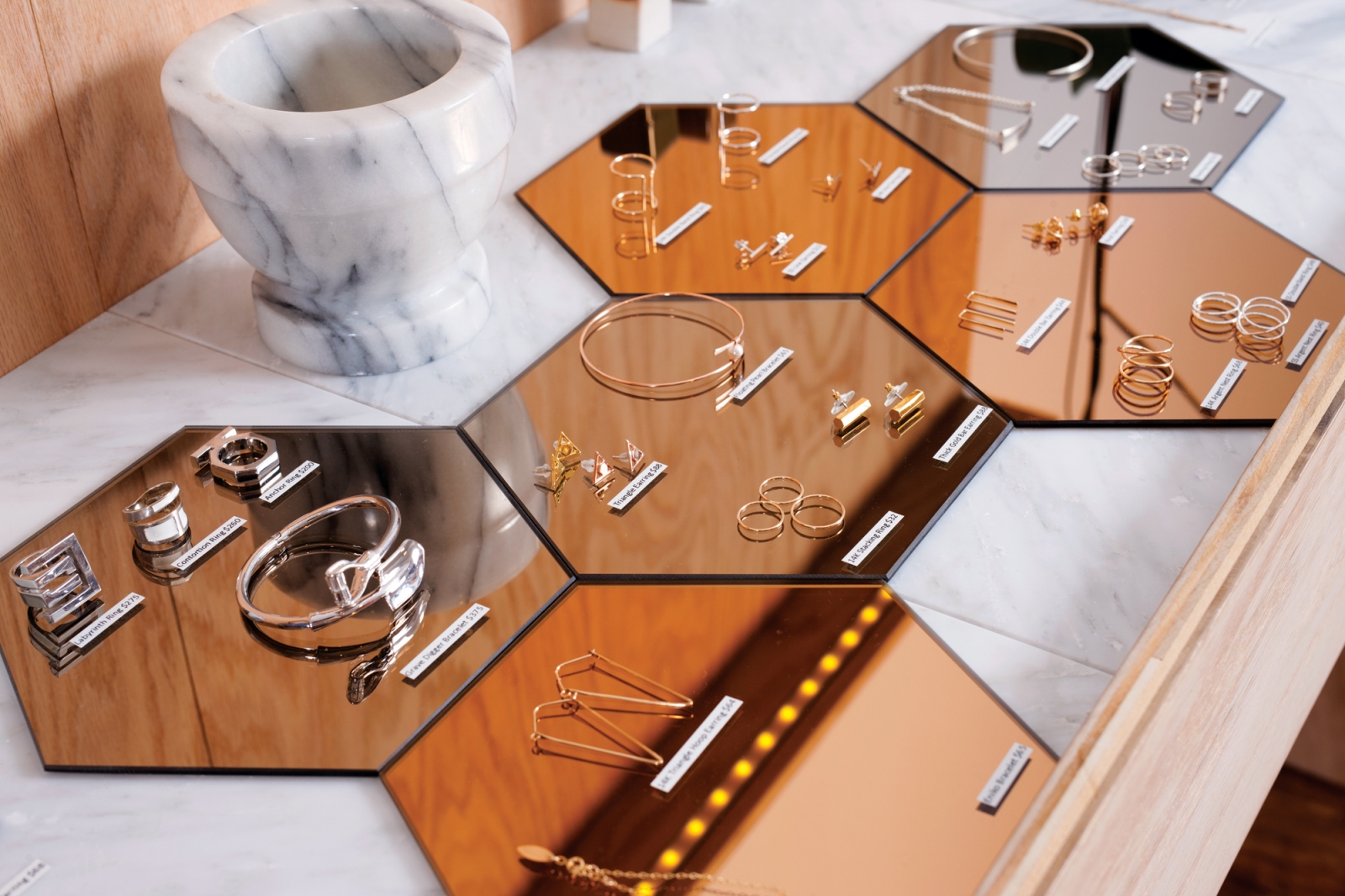 “We wanted to carry pieces that people reach for in their closets without having to think twice,” explains Turchin, who lives in Del Ray. “Something that makes them feel cool and put-together and special…that not everyone else is wearing.” She gestures toward a tutu-pink shell with an artistic slash of neon airbrushed around a Velcro’d tab at the waist. It’s one of several pieces the shop carries by designers from Ukraine. “This is the kind of stuff that [sells quickly] in New York,” she says. 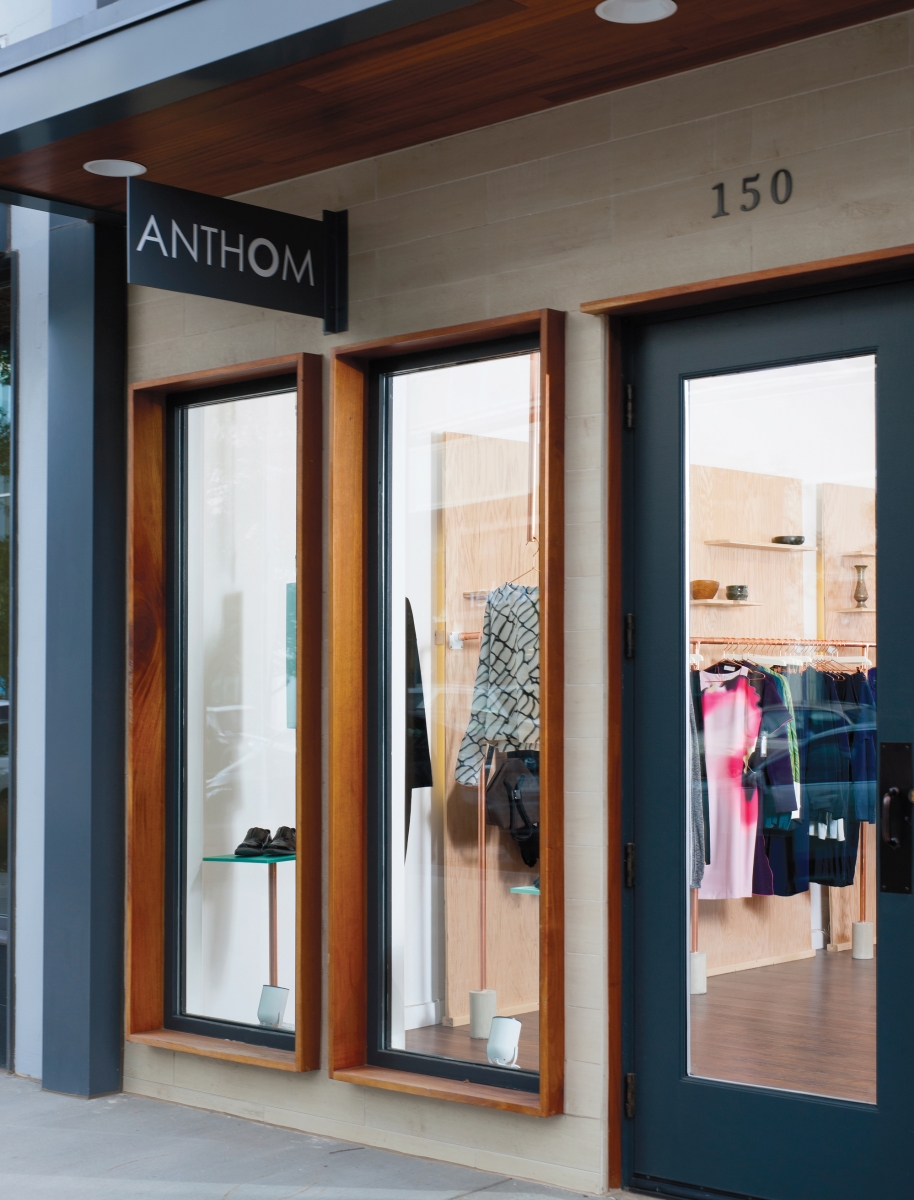 Anthom was an online boutique before it was a store. After a brief stint at a law firm and then a foray into selling vintage clothing on Etsy, Turchin connected with creative power couple Carla Cabrera, 35, and Marshall Johnson, 36, of the popular D.C. fashion blog, The President Wears Prada. Together, they launched Anthom’s web-based shop in May 2013. The first brick-and-mortar store opened a year later.

“Carla and I became fast friends—our tastes are very much in line with each other,” Turchin says, “and Marshall is amazing. He’s a jack-of-all-trades, our creative designer and tech support.” He’s also the man behind the lens and the website, as well as the engineer of the retail spaces—although here Turchin is quick to flex her slender biceps and point out, with a grin, that both she and Cabrera worked for two months to help build the interior of the Mosaic store.

While Cabrera has since taken a step back from the day-to-day retail operations in order to focus on her day job (she holds a doctorate in molecular biology and works as a cancer researcher), Turchin and Johnson continue to suss out new talent and grow the business. The store carries approximately 50 different designers and rotates in new merchandise almost daily. 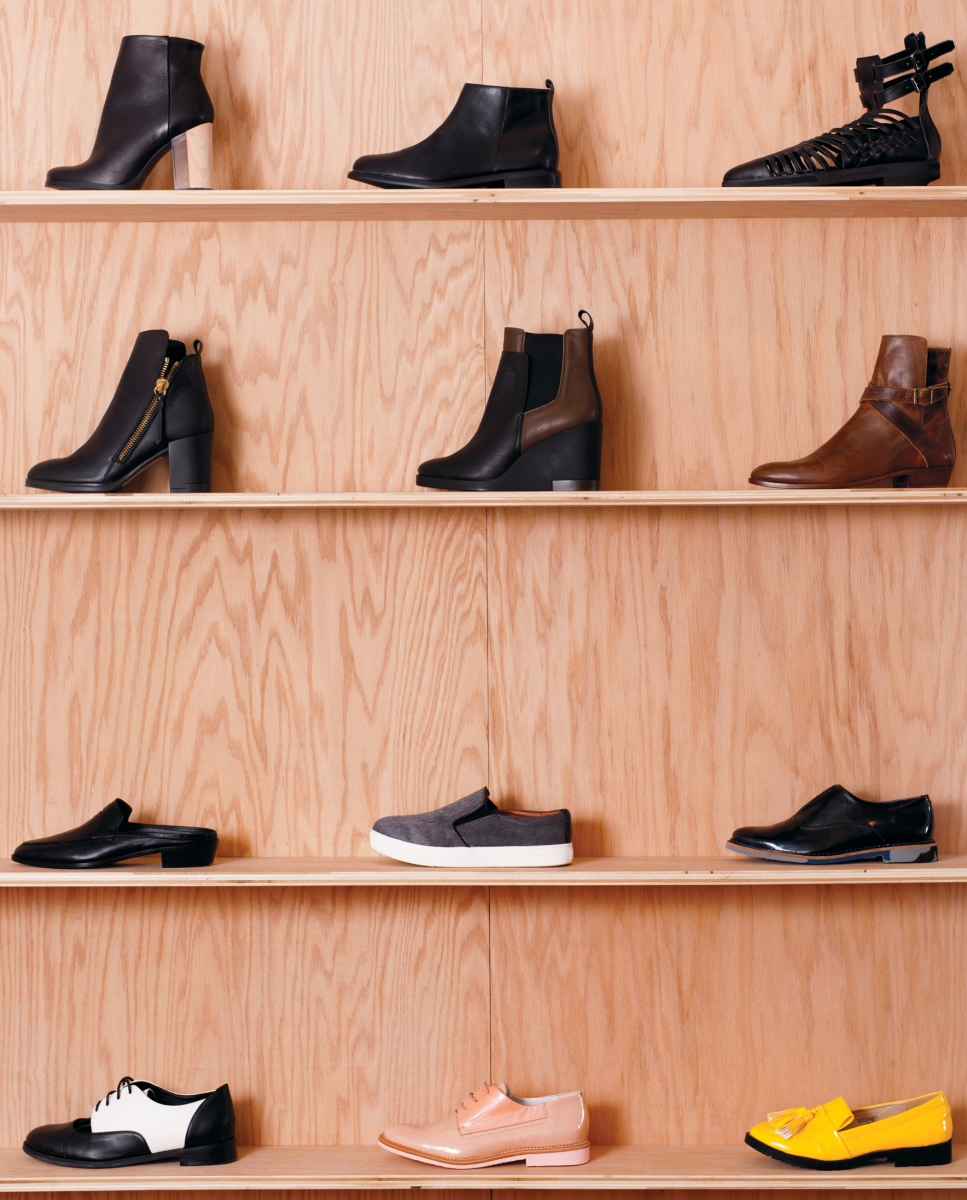 Fashion risk-takers will appreciate all that Anthom has to offer, but there are also options that the more conservative among us can easily pull off. I zero in on a simple black jumpsuit by indie designer Samantha Pleet, noticing, on closer inspection, that the neat squares made by a pair of exterior pockets have seams folded like origami; and the apron-front detail unties to reveal a daring split leg.

This is Anthom’s stock in trade: simple, easy-to-throw-on pieces in wardrobe-friendly neutrals with one or two standout details. A soft, slouchy tee might run $60, while a plush, cropped sweater by Tabula Rasa—a wardrobe investment piece—is $450. Still, only a handful of items in the store break the $300 mark.

The jewelry selection is carefully edited (I fell in love with an octagonal gold band from Glory & Honor) as are the dozen or so shoe options. Cool-kid oxfords from the London-based label Miista hover around the $100 range, while Italian leather boots by Modern Vice, handmade in New York’s Garment District, are $395. 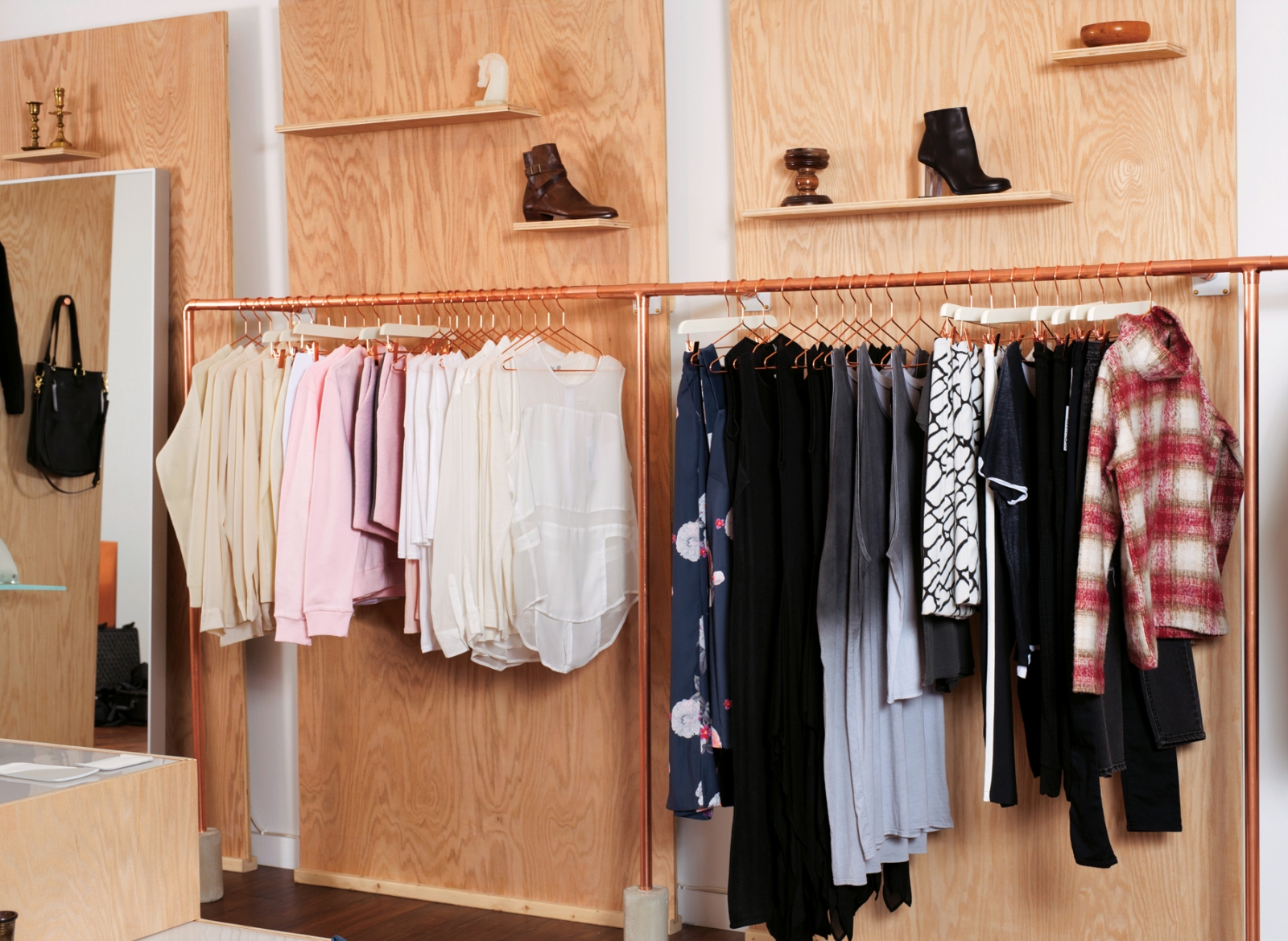 “See these culottes?” Turchin says, holding up a navy pair by the Asian-inspired brand achro. “We’ve been stocking them for a year, but no one was really getting into it. Now they’re flying off the racks!”
It may take us Virginians a little longer to catch on, but for those who are willing to pay attention, Anthom is a gem among a sea of cookie-cutter options. n

Style columnist Adrienne Wichard-Edds hopes her husband reads this article and buys her that octagonal ring for her birthday.