Frozen Dairy Bar Custard is Back

The former FDB space in Falls Church is now a cheesesteak shop, but the new owners are carrying forth the custard tradition—secret recipe and all. 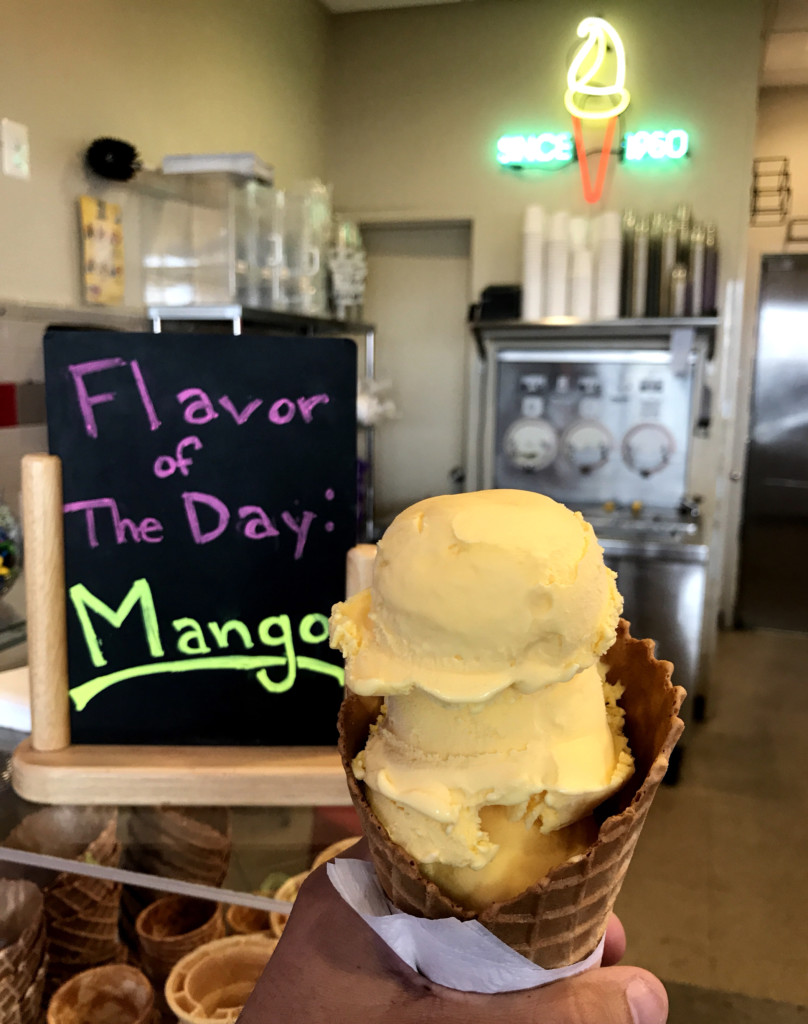 In 1950, Frozen Dairy Bar served its first scoop of frozen custard from what was then a small roadside stand at the corner of Annandale Road and Arlington Boulevard, complete with glowing neon letters and a six-foot tall ice cream cone.

In the decades that followed, the family-owned business changed hands a few times, relocated to Lee Highway (when the stand was razed to make way for development) and then returned to its original spot on Arlington Boulevard—albeit this time in a strip-mall, where it was re-branded as a pizza parlor and then, in 2015, as a trendier, slightly more upscale dining establishment. Frozen custard remained on the menu through every iteration, but when the venerable eatery finally closed in September 2018, locals feared it had served its last scoop.

Now the iconic frozen treat is back for another encore, thanks to food-truck entrepreneurs Usman Bhatti and his wife, Lilly Kaur. Together the Falls Church residents have parlayed their mobile eatery, DC Steakholders, into a brick-and-mortar restaurant in the former FDB Eatery space at 6641 Arlington Boulevard. Their specialty: cheesesteaks paired with frozen custard that carries forth Frozen Dairy Bar’s original secret recipe. 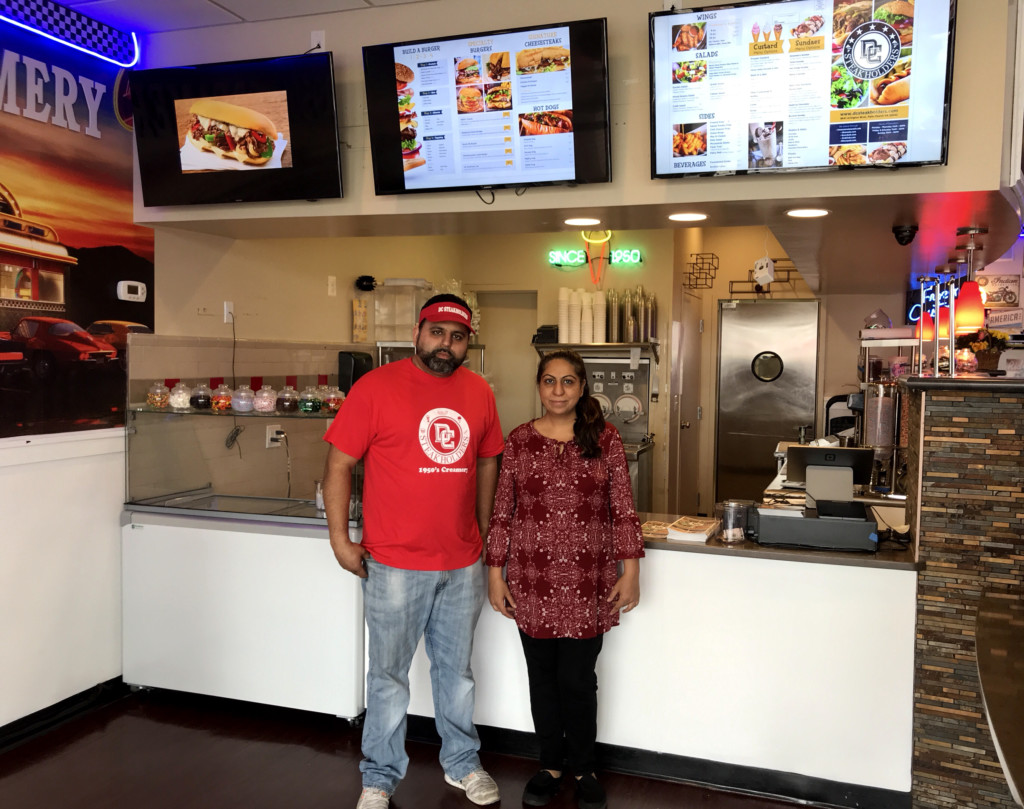 For Bhatti, the custard venture is a trip down memory lane.  “My dad used to bring me to [Frozen Dairy Bar] in the 80s,” he says. “Ever since I was 3 or 4 years old, I’ve been eating that custard.”

Frozen custard isn’t ice cream. Made with egg yolks and a higher concentration of butter fat, it has less air whipped into it, resulting in a texture that’s denser and creamier than ice cream.

The shop sources its dairy from Pennsylvania and makes fresh custard daily. “I taste every batch,” Bhatti says with a laugh. “I take a spoon and hold it upside down to make sure it doesn’t fall. It’s gotta be thick.”

For quality control, he says, they sometimes engage their four kids, ages 10, 7 and 4 (the youngest are twins) as taste-testers. 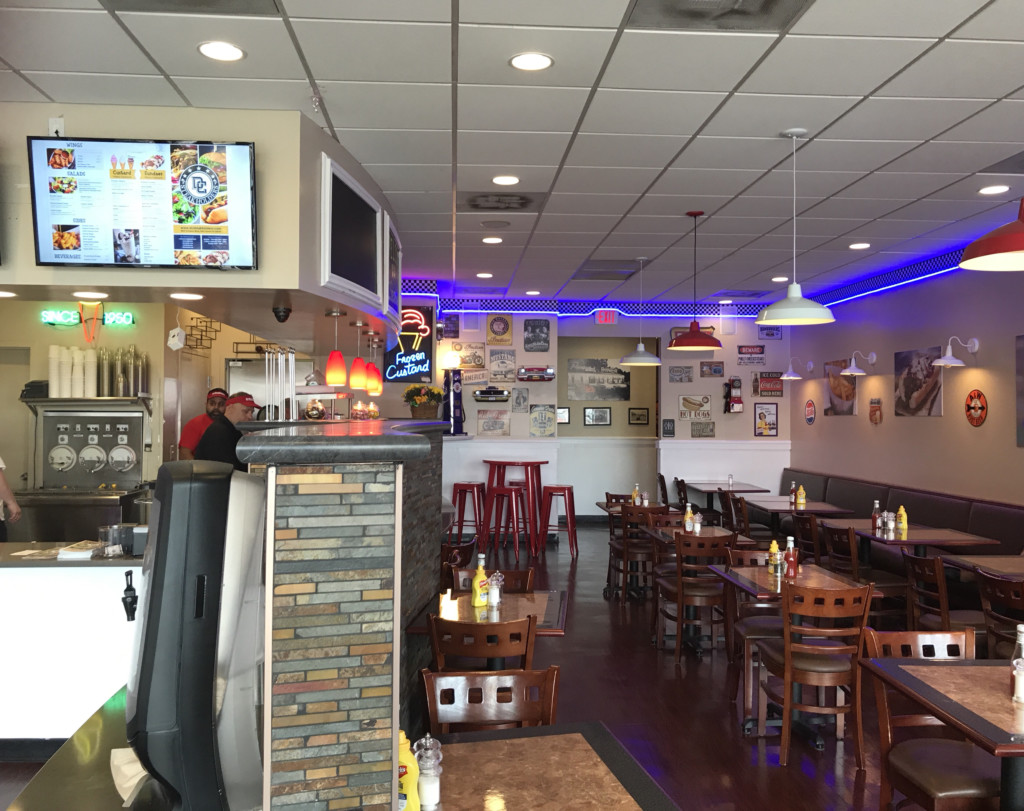 The couple had competition for the FDB space, but ultimately beat out a barbecue franchise and a taco restaurant. Their edge? Tradition.

“The reason they decided to go with us is because we said we wanted to bring the custard back,” Bhatti says. “It’s part of the heritage of Falls Church.”

“I had a gentlemen come here on Saturday,” he continues. “[He] and his wife had their first date here 50 years ago. People have so much emotion with this place and the custard.”

Inside the retro-style parlor one now finds wooden tables, 1950s ephemera, checkerboard accents and glowing neon lights. The custard machine behind counter is capped with a vintage neon-green sign from the original Frozen Dairy Bar in the 1960s.

In addition to cheesesteaks, the place serves up burgers, hot dogs, wings and fries. But for some patrons, it’s all about dessert. Vanilla, chocolate and strawberry custard are mainstays, plus there’s a rotating flavor that changes every week or so.

On opening weekend, an inaugural batch of mango custard sold out within 24 hours. Next up: orangesicle.