Get Away: Jamestown’s Diverse HerStory Exhibit

"Tenacity" offers a multicultural look at the women of 17th century Virginia. 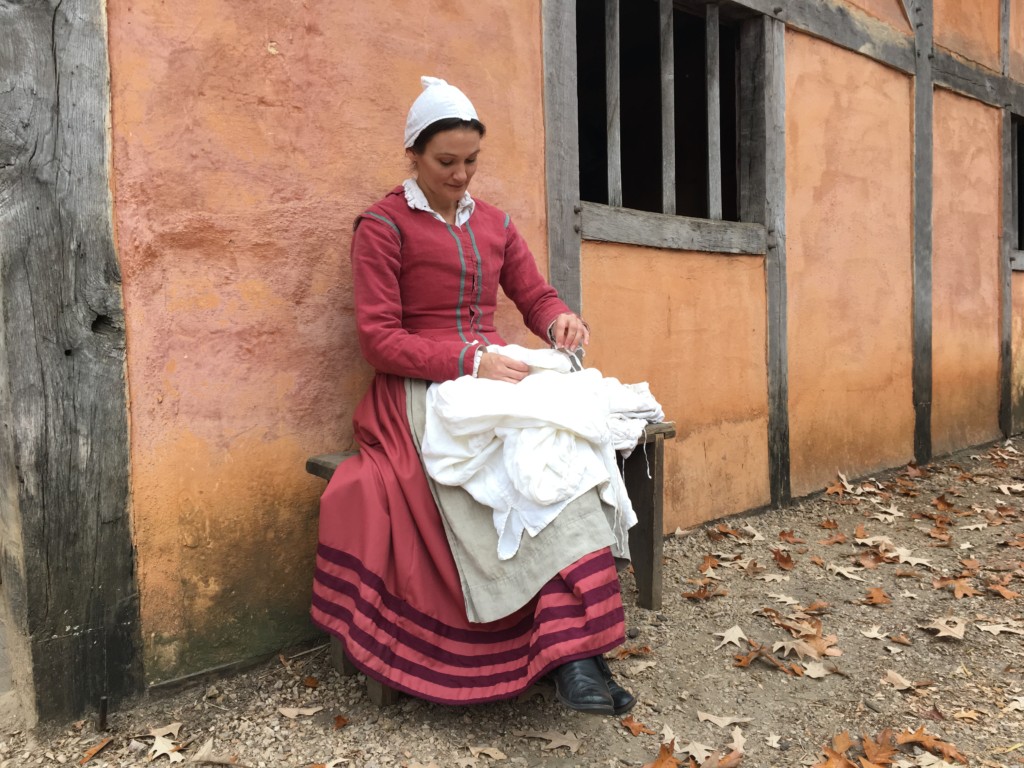 Imagine being strapped into a heavy chair with iron ankle and wrist bars and then dunked into the water repeatedly. Sounds like waterboarding, right?

Your sin? “Brabbling,” or gossiping, for which women like Virginia colonist Betsey Tucker could be punished in 1634. Tucker’s pleading words and a traditional English “ducking” chair bring this and other horrific stories to life in a powerful new exhibit, “Tenacity: Women in Jamestown and Early Virginia” at the Jamestown Settlement in Williamsburg.

The living history site, which is a short drive from the American Revolution Museum at Yorktown, is now commemorating 400 years of history in a truly revolutionary way—by focusing on the first women who survived and thrived in 17th century Virginia. 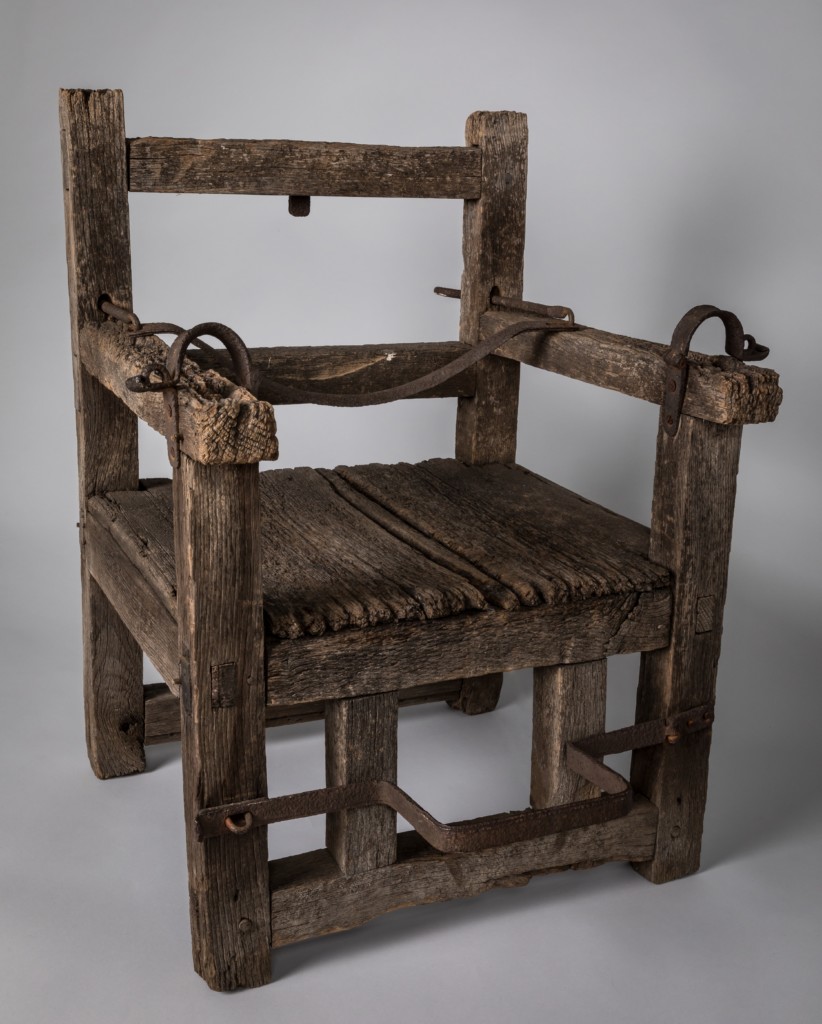 Highlighting the little-known stories of women in three cultures—the native Powhatan and Pamunkey tribes, the Anglo colonists and African slaves—the exhibit documents the many ways men sought to control women (think a Colonial #MeToo shout out), but also shows how women fought to have their voices heard.

While few artifacts remain, the curators have found creative ways to enliven their stories. Visitors can see the name “Angelo” on the muster of the ship Treasurer, which carried an African woman by that name away from her home in Angola (then a Portuguese colony). She was the first documented African woman in Virginia.

By 1625, Angelo—sometimes known as Angela—was working for colonist William Peirce on his farm. (That farm site is currently being excavated by National Park Service anthropologists at Historic Jamestowne.)

Other  pre-revolutionary items on display range from an elaborately embroidered bodice (similar to one that would have been worn by the wife of a wealthy landowner), to a more practical thimble and straight pins. 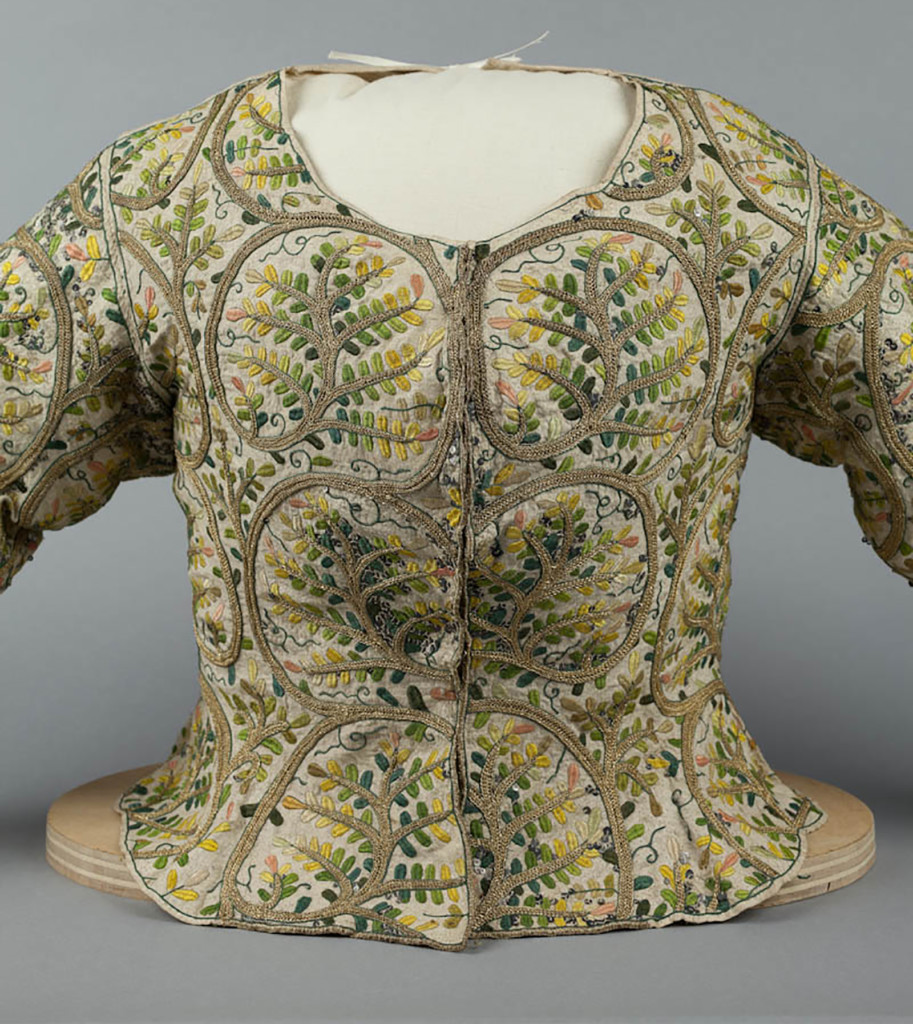 An embroidered bodice, circa about 1610. Courtesy of The Shakespeare Birthplace Trust.

And then there’s the 17th century white linen sheet, the type that would have been used to publicly shame women accused of “impurity.”  In 1627, Jane Hill of Shirley Hundred, a tobacco farm on the banks of the James River, was charged with fornication and forced to stand in front of her congregation wearing only such a white sheet.

Edith Tooker of Norfolk endured a similar fate, but found a bold way to protest her own shaming. According to a male witness, Tooker “did like a most obstinate & graceless person, cut & mangle the sheet when she did penance.”

The exhibit also sheds light on the lives of Native American women of the time. Pocahontas is perhaps the best-known member of the Powhatan tribe, but there are also lesser-known voices such as Cockacoeske—“Queen of the Pamunkey” tribe—who ruled peacefully for 30 years. Current members of the Pamunkey tribe (their reservation is located nearby in West Point) still credit Cockacoeske for their continued possession of those lands today. On display is the silver frontlet bearing Charles II’s coat of arms, which she received upon the signing of the Treaty of Middle Plantation with the British.

African Americans round out the third segment of the exhibit, with stories like that of activist Elizabeth Key, a mixed-race daughter of an English planter whose father sold her into slavery. Though her father stipulated that she should be freed when she was a teenager, she was not. It wasn’t until she had a child with her white common-law husband that Key persisted by suing the local government for her freedom twice—and won.

After her case, Virginia laws regarding the status of children born to enslaved women became much stricter, as did those surrounding miscegenation (marriage between races). 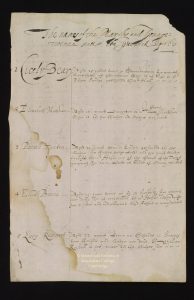 A page from the Ferrar Papers. Master and Fellows of Magdalene College Cambridge, U.K.

”Tenacity” also offers a peek at the rarely seen Ferrar Papers, which document how 56 English women were recruited to Virginia to help the colony thrive and multiply. Using a touch screen, visitors can scroll through details about these women, including the references and skills each one provided in order to be considered by the Virginia Company, which hoped to expand its holdings and profitability. (It was never profitable.)

In all, the exhibit includes some 60 images and artifacts from 22 separate institutions, including the Victoria and Albert Museum and the National Archives.

The final interactive display focuses on themes that have proven important to women of all times and places—occupation, citizenship, marriage, education, and healthcare—and highlights women who have fought for progress throughout U.S. history. It allows visitors to have the last word by adding their own personal stories and tales of tenacious and inspirational women to the exhibit’s “Legacy Wall.”

“Tenacity: Women in Jamestown and Early Virginia” runs through Jan. 5, 2020.