Get Away: The Four Seasons Philadelphia

Have a cocktail and take in the view atop the 10th tallest building in the U.S. 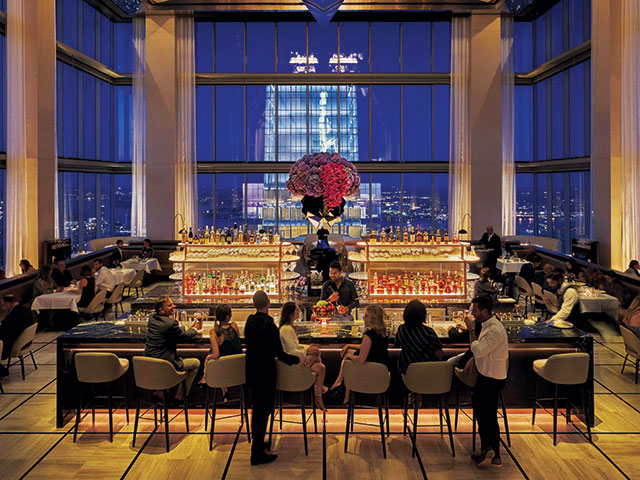 Opened in August, the new Four Seasons Hotel Philadelphia at Comcast Center occupies the upper floors of the 10th tallest building in the U.S., providing sweeping views of the city. Michelin-starred chef Jean-Georges Vongerichten leads the 59th-floor Jean-Georges Philadelphia restaurant and the 60th-floor JG SkyHigh cocktail bar—the two are joined by a staircase with waterfalls on either side. Greg Vernick, a James Beard award-winning chef, opened his latest restaurant, Vernick Fish, a modern American oyster bar, on the tower’s ground floor. If you visit from Dec. 1-22, travel a few miles to Fairmount Park for “A Very Philly Christmas,” where six of the park’s historic 18th- and 19th-century houses will be decked out for the holidays, offering music, treats and crafts. Visit holidaysinthepark.com for details. Rates at the Four Seasons begin at $625 per night. 1 N. 19th St., Philadelphia; 215-419-5099; fourseasons.com/philadelphia.

Get Away: Akwaaba Philadelphia