A pediatrician finds healing words in the writing life. 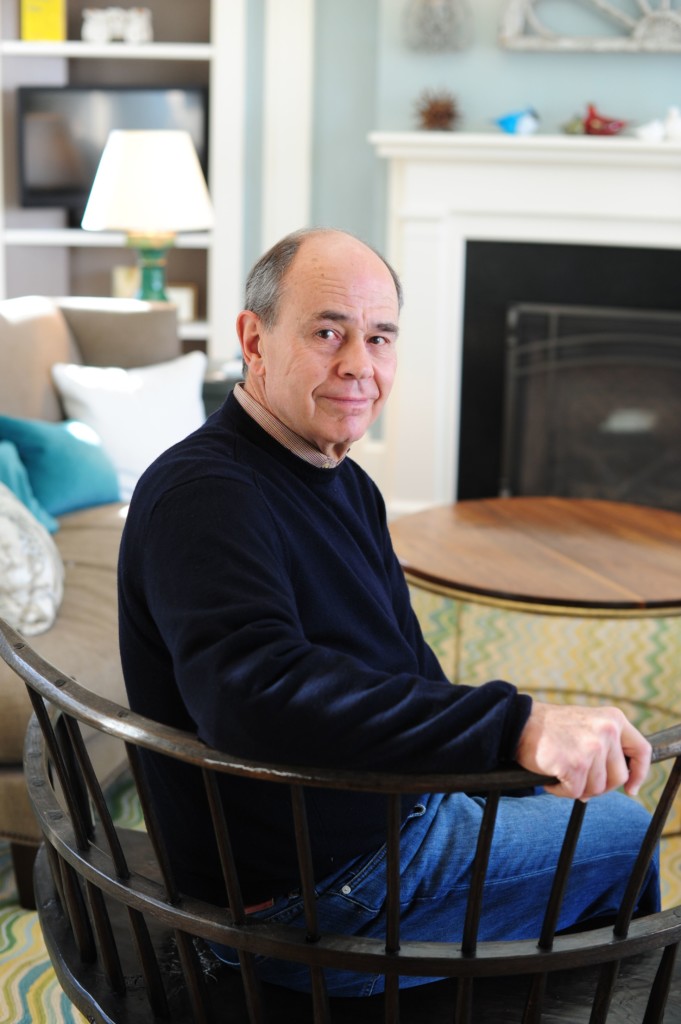 Raoul Wientzen and his wife, Judy, have deep roots in Arlington. They have lived in their sunny home off Spout Run since 1985. It is where they raised their four grown children—Luke, Caroline, Thaddeus and Samuel. They go to church at Missionhurst-CICM (the Congregation of the Immaculate Heart of Mary) on North 25th Street and shop for groceries at the Safeway in Cherrydale. Wientzen can often be found writing at the Arlington Central Library.

Why then, is his first novel set in Bethesda? “I wasn’t ready to declare myself a local writer in case it failed,” he says.

But that’s not how the story ends. Rather, his debut work, The Assembler of Parts, was named one of the “Best 100 Fiction Books of 2013” by the acclaimed literary journal Kirkus Reviews. Alternately insightful, funny and cathartic, it’s a story about imperfection, reconciliation and what it truly is to be human. Wientzen admits to crying when he finished the last page.

At 67, Wientzen (pronounced “WIN-ston”) seems an unlikely first-time novelist. Many would swear that he resembles a pediatrician they once saw at Georgetown University Hospital.

“I saw children with infections so serious they had to be hospitalized,” he explains, citing conditions such as bacterial pneumonia, meningitis, bone infections and toxic shock syndrome. “I saw healthy kids who fell off their bikes, went to their pediatricians a few days later and ended up being admitted. I saw children with cancer who were already in the hospital and whose chemotherapy left them with opportunistic infections.”

In treating his young patients, he saw more than their diseases. With each referral, “I had to get a lot of information from each child to create a complete history,” Wientzen says. “An 8-year-old possesses great depth of complex reasoning.”

That capacity for complex reasoning is evident in his protagonist, 8-year-old Jess Jackson, who is born without thumbs—one of the many manifestations of a syndrome that also results in deafness, and heart and kidney defects—but whose physical flaws are eclipsed by her wit and intelligence.

“I was completely captivated by the narrator’s voice, which is very poetic and full of emotion,” says Cal Barksdale, Wientzen’s editor at Arcade Publishing. “I was so disappointed when I finished the book, because I could no longer read [her] sweet voice.”

According to the author, writing became a way of reflecting on some of the questions that had always troubled him as a pediatrician. “I tried to piece together the right role of the physician in terms of the emotional and moral way to take care of sick children,” he says. “I was working out lots of stuff about where the doctor-patient interface should cease.”

That Wientzen would continue to ruminate over such questions, even after retiring from practice, is not surprising to Owen Rennert, former chairman of pediatrics at Georgetown. “He was, simply stated, a fantastic doctor,” Renner says of his onetime colleague. “He had extraordinary medical expertise combined with extraordinary compassion and humanity.”

Wientzen spent more than a year writing The Assembler of Parts, ultimately fine-tuning his work through peer reviews with friends and with fellow writers at the Writer’s Center in Bethesda—this after having cranked out an earlier book that never saw the light of day.

When literary agent Sorche Elizabeth Fairbank (whose eponymous firm is based in Hudson, N.Y.) agreed to read the final manuscript, Wientzen tied a blue ribbon around it and sent it to her with the note: “This is now your baby. I hope it keeps you up at night.”

Forgiveness is an overarching theme in the novel, Wientzen says, and was always a subtext during his years as a practicing physician. “I spent 35 years taking care of sick children, some of whom fell short of the ideal their parents had imagined, some of whom died,” he says. “Those families who did the best with the loss of the ideal child [were the ones who] could accept, forgive and move on. What makes us most human is the ability to forgive completely. Forgiveness is the evidence of emotional healing from trauma in your life.”

Wientzen left the hospital in 2009 to become medical director of the D.C.-based Rostropovich-Vishnevskaya Foundation, which promotes health programs for children in the developing world. It’s a part-time position, he explains, which has freed up time for bike trips abroad, vegetable gardening—he grows enough produce to last the summer and managed to harvest parsnips for this year’s family Christmas dinner—and, of course, writing.

“I can’t stop writing. I write because I have to,” says the author, who credits much of his self-discipline to his decades as a doctor. “I learned not to be wasteful with time. Don’t fool around. Do it.”

Now hashing through the third rewrite of his next novel—tentatively called The Home for Incurables—he reveals one detail that may be of interest to Arlingtonians: The county salt dome on Old Dominion Drive plays a significant role in the story.

Tamar Abrams is a communications strategist who has lived in Arlington since 1992. She writes in her spare time and is currently working on a novel.