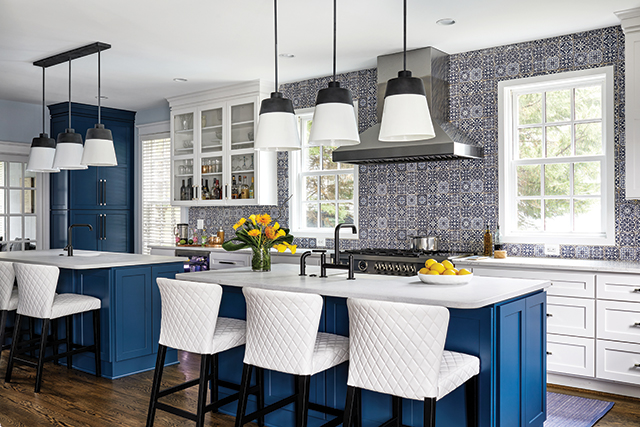 The demo was already underway when the pandemic shut everything down in March of 2020. Half of the main level of Missy and Lou Heinzer’s Arlington home was torn apart. Case Design project designer Allie Mann and project developer Elle Hunter asked their clients if they wanted to keep going. “I looked around and there were no walls!” Missy recalls. They decided to press on.

For the next three months, the Heinzers and their three sons (now ages 7, 11 and 14) confined themselves mostly to the second floor while masked workers toiled below.

The final outcome was everything the couple had envisioned—a casual, open, workhorse of a kitchen with double islands, bar seating, a showstopping mosaic-tile backsplash and a jolt of candy-apple red in the form of a 48-inch Bertazzoni gas range with double ovens. Hunter even approached the appliance manufacturer to get the color specs for the ovens so the team could replicate that same red on an exterior Dutch door in the adjoining family room.

Prior to the remodel, the family’s formal dining room had become little more than a pass-through from the foyer to their U-shaped kitchen. It was a decent-size space, Mann says, but the layout wasn’t as functional as it could be. 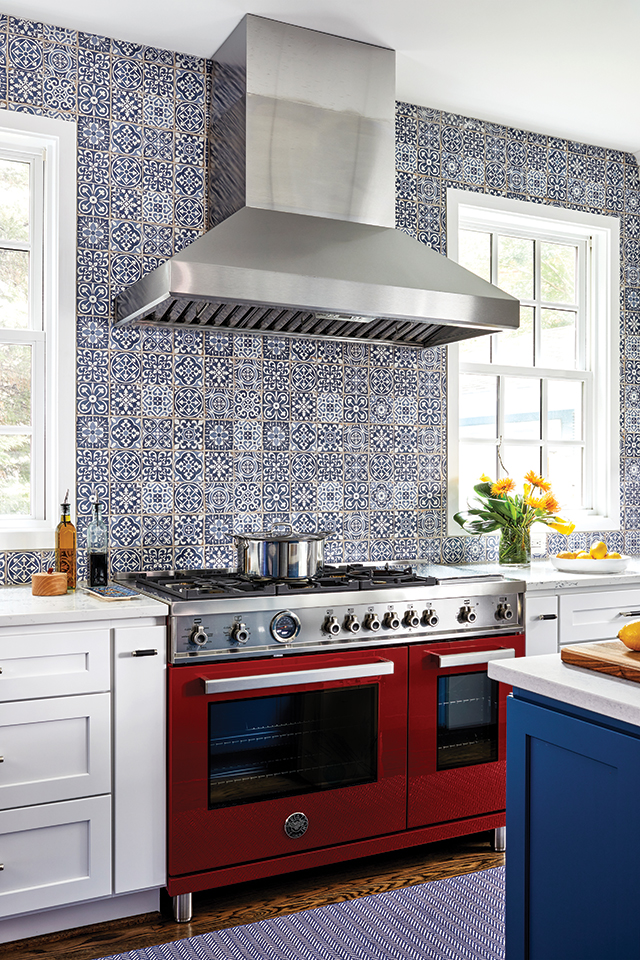 The new kitchen takes over that former dining area (partition walls begone) and dispenses with the formalities in favor of a design that meets the practical needs of a family with three growing boys. A 54-inch fridge and freezer is “big enough to feed the boys and hold all the milk and pizza boxes,” Missy says, and a dedicated “kids’ island” is equipped with snack drawers, a beverage fridge, a microwave drawer and a sink to clean up. It’s no accident that the kids’ island is the one closest to the room that houses their video game setup.

“Everything was very intentional,” says Mann, who mapped the contents of each cabinet during the design phase to ensure every appliance, dish, utensil and pantry ingredient had its place.

For all those working from home, power strips are under each island to charge phones and laptops.

The Heinzers purchased their house pre-kids, in 2005, with the intention of growing into it as a family. The renovation accommodates all that growth and more. “When you come in here, you can’t be sad,” Missy says. “It’s so joyful.”