With scenery like this, the key for designers at KPH Studio was choosing furnishings that complement, but don't compete with nature. 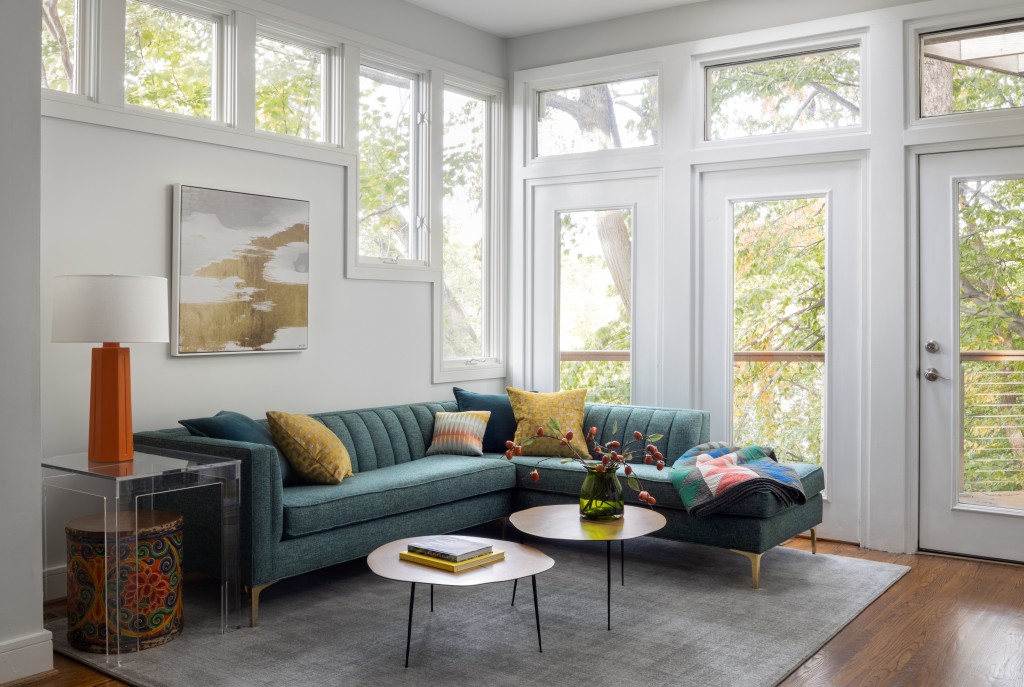 Sandra Alboum had been fascinated by the five-story “treehouse” in Lyon Village, built in 1990, ever since she first read about it. Designed by architect Berny Hintz, its vertical, stacked massing was a unique response to a steep and seemingly unbuildable site, and the contemporary-style architecture was a departure from Arlington’s ubiquitous Colonials.

When the house hit the market in October of 2020, “I knew I would kick myself if I didn’t at a minimum go take a look,” says Alboum, who owns a company specializing in language translation and interpretation services.

By year’s end, she and her two kids (now 13 and 15) were moving out of a Clarendon townhouse and basking in the natural light of their new home’s abundant windows with bird’s-eye views of the treetops.

To give the interiors a refresh—starting with the third-floor dining and living areas—a friend of a friend referred Alboum to Kelly Holland and Lauren Withers of KPH Studio in Arlington. “I knew buying a home like this meant that I could no longer get away with Ikea [furniture],” Alboum says. But updating the aesthetic while preserving the architect’s original intent was a balance. 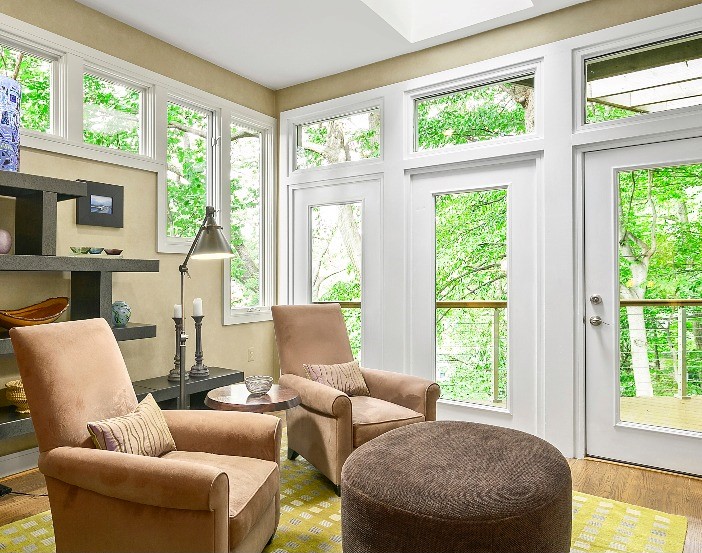 A before shot of the same corner space. (Courtesy photo.)

The designers began by removing a tiled partition wall (added by the previous owners) that was interrupting the flow of sunlight between the kitchen and living areas. Aiming for a more serene aesthetic, they brightened up the perimeter walls, trading a dingy beige for an almost-white Benjamin Moore gray, and used furniture vignettes, in lieu of walls, to delineate the open plan’s functional areas.

A tailored sectional sofa (fabricated by Total Design and upholstered in teal Pindler fabric) and a custom-sized C.G. Coe & Son area rug now anchor a corner hangout across from a fireplace and flatscreen TV, with access to a leafy deck. “Furnishing the corner expands the entire main floor of the home,” Holland says, “and takes advantage of the natural light.” 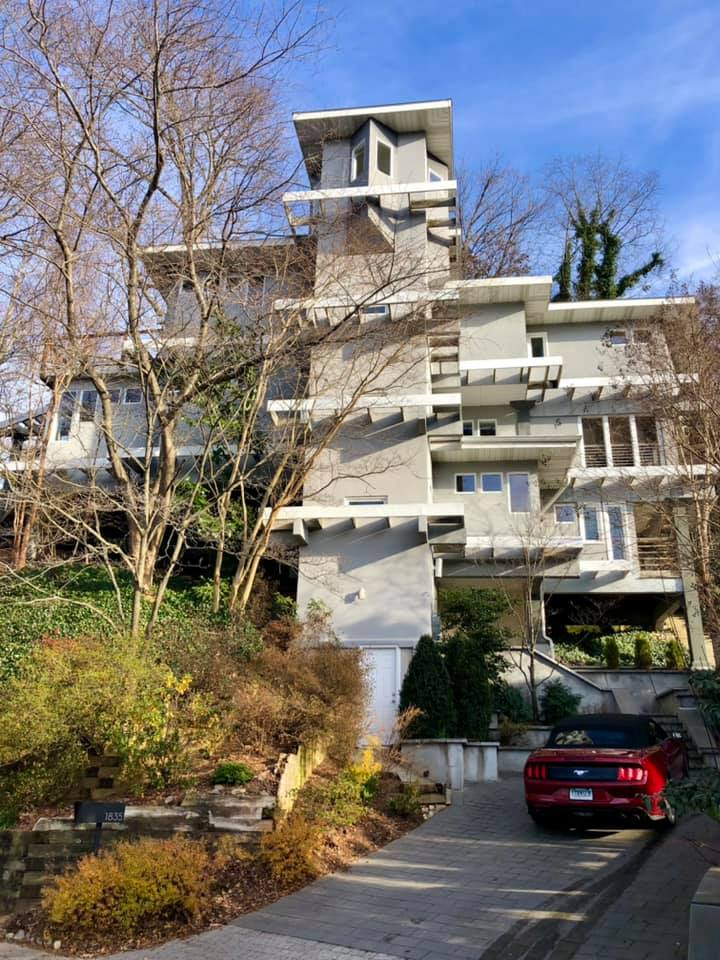 An exterior photo of Sandra Alboum’s “treehouse” taken in 2020.

Pops of color—such as an orange table lamp by Robert Abbey—are coupled with neutral pieces that “float,” including an acrylic side table by Ballard Designs and slender coffee tables by Industry West, the tops of which are sections of tree trunks (a nod to the treehouse concept).

The original windows remain. The key, Holland says, was choosing slim-profile furnishings that complement but don’t compete with the spectacle of nature outside.