George Pagonis, who oversees the kitchens at Ballston’s new Kapnos Taverna and also at Kapnos downtown, grew up in a thoroughly Greek household in Alexandria. His dad ran the now-shuttered Four Seasons Diner—an eatery in the tradition of New York and New Jersey diners “with tons of things on the menu,” and which always had Greek specials. 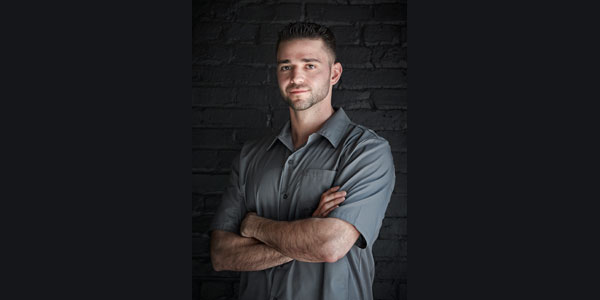 Easter is a big deal on the Greek Orthodox calendar.  At Kapnos Taverna, the holiday promises some tasty menu offerings, plus a special carry-out menu for those who plan to celebrate Easter (April 5) or Greek Easter (April 12) at home but prefer to leave the cooking to the experts. We asked Pagonis for the lowdown.

Did you have an Easter bunny growing up? Yes, but it’s not as prominent as the bunny in Catholic Easter [traditions].

Julia Child said that as long as Americans have the Easter bunny, they won’t eat rabbit. I know, man! I had rabbit on my menu in D.C. for, I don’t know how long, but people wouldn’t order it. Those who did said it was the best thing they ever had.

Do you have any notable food memories from the Greek Easters of your youth? Some families in Greece will slaughter a lamb, and then on Sunday they serve a boiled-innard soup called magiritsa. As a kid, all I could think about was the smell of it—it was horrible.

So no magiritsa on the Kapnos menu this year? ? I’ll take the general idea [meaning organ meats], but I won’t do that dish. Last year we did a lamb-heart tartare. There are a decent number of adventurous eaters out there, and they’re trying it out. [This year], we might have a sweetbreads dish—sweetbreads are big in Greece. But we’ll offer it as a small plate and not a big entrée.

What else can diners expect to see on your Easter menu? We’re going to focus on our spits. Slow-roasted lamb shoulder is big. And leg of lamb is the No. 1 thing on the Easter menu, always. We’ll probably serve it with lemon potatoes on the side. 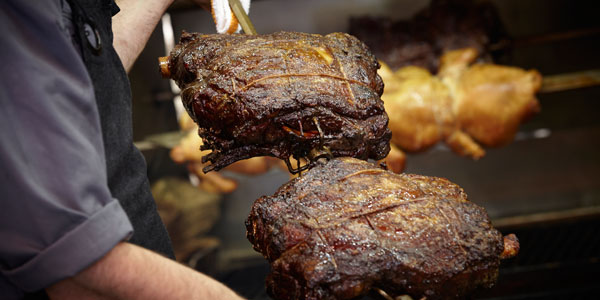 The lamb shoulder at Kapnos and Kapnos Taverna is slow roasted on the spit.