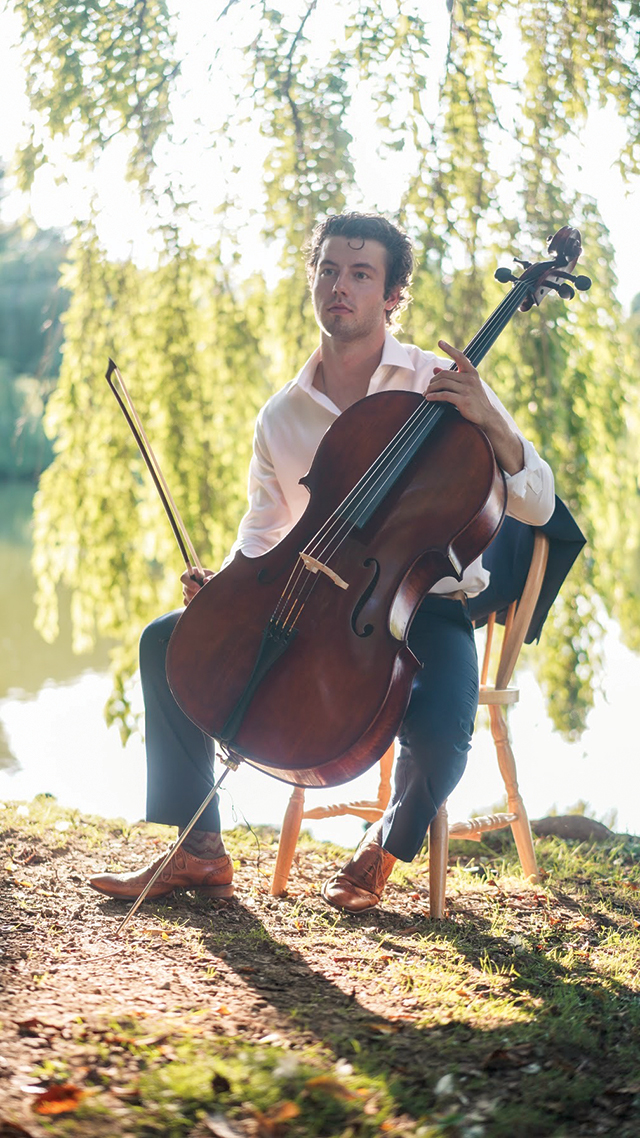 Andrew Savoia started playing the cello at age 9. This summer, the 24-year-old Ballston resident took social media by storm, posting TikTok videos of himself (@savoiboi) performing instrumental covers of modern pop songs. His first few viral videos included covers of “Come Get Her” by the hip-hop duo Rae Sremmurd, “Roses” by rapper SAINt JHN and “Blinding Lights” by The Weeknd.

Savoia says he chooses songs with melodies he likes and then determines the cello notes by ear, using his instrument to mimic the human voice. “It’s like my way of singing,” he explains. “I feel like I can create my own voice through the instrument.”

One of his earlier TikTok debuts—a rendition of “Supalonely” by Benee—was filmed on the rooftop of an Arlington condo building with views of the Washington Monument in the distance.

D.C.’s Navy Yard and Virginia Tech (his alma mater) have served as backdrops for other short takes. 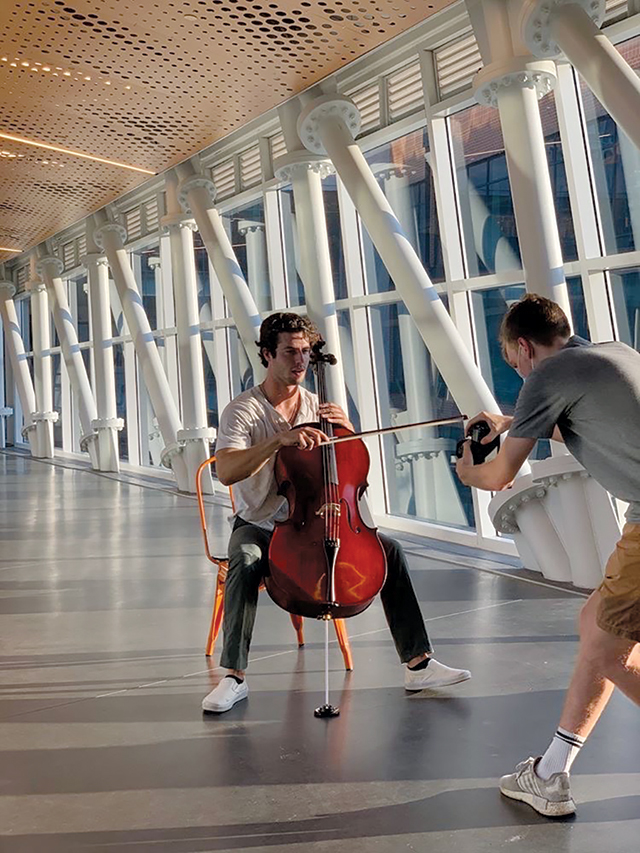 TikTok, he says, has allowed him to share his passion for classical music with other young artists—some of whom have sought him out to collaborate on side-by-side videos with the added elements of piano, violin and dance.

“For me, playing the cello is just about having fun and I want people to have fun,” says the musician who, by day, works as a medical scribe for OrthoVirginia. (He is also considering medical school.)

Once large gatherings are deemed safe, Savoia hopes to perform a live outdoor concert. But for now, he’s sticking with recorded music for people to enjoy during the pandemic.

“I think music has a way of bringing people together,” he says, “and it’s been inspiring to see people come together, even though we’re separated right now.”