A custom home in Arlington Ridge makes the most of its terrain, enjoying views for miles. 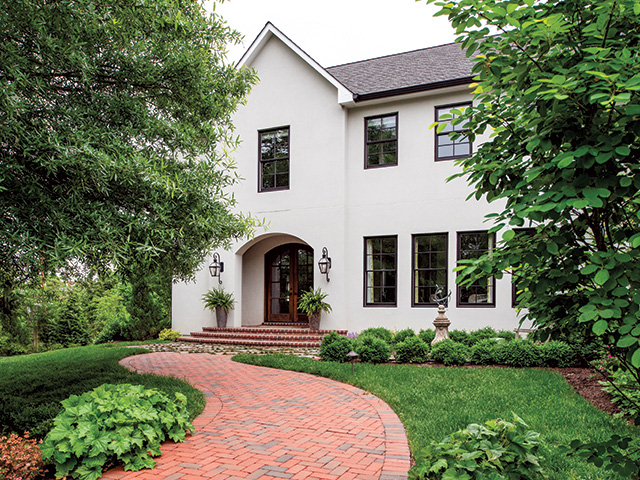 Erin and Scott Parsons and their three kids have moved a couple times since 1998, but they’ve never left Arlington Ridge.

“This is our third home in the neighborhood. We love the area so much that we decided to build our dream home here,” says Erin, who studied architecture at Mississippi State University.

After buying a small cottage in 2014, the couple, after some deliberation, decided to tear it down and start over. Remodeling the 1918 structure was unfeasible, as it didn’t meet building codes and sat too close to the property line.

In its place, Erin envisioned a new house with a clean-lined vernacular similar to that of D.C. architect Hugh Newell Jacobsen, combined with a Southern sensibility (she is from Florida and her husband is from Mississippi). She hired local architect Robert Sastro to translate her ideas into blueprints. “I’d show him my sketches and he’d create construction drawings,” Erin says. “It was a true collaboration.” 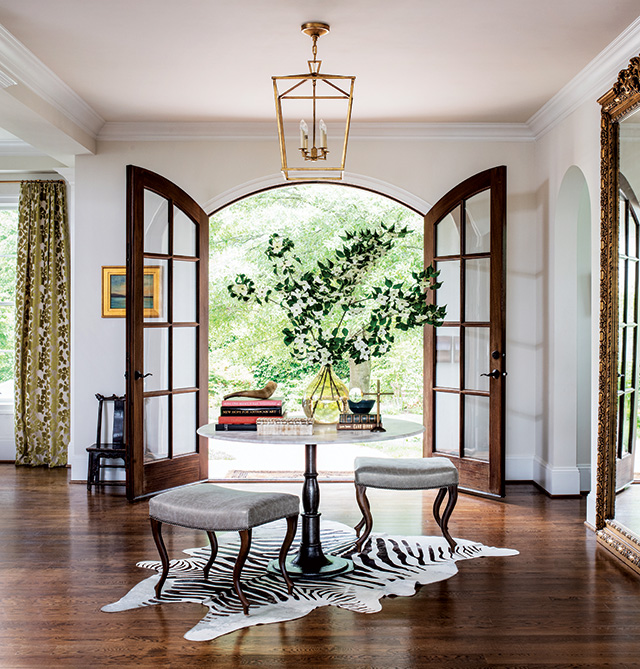 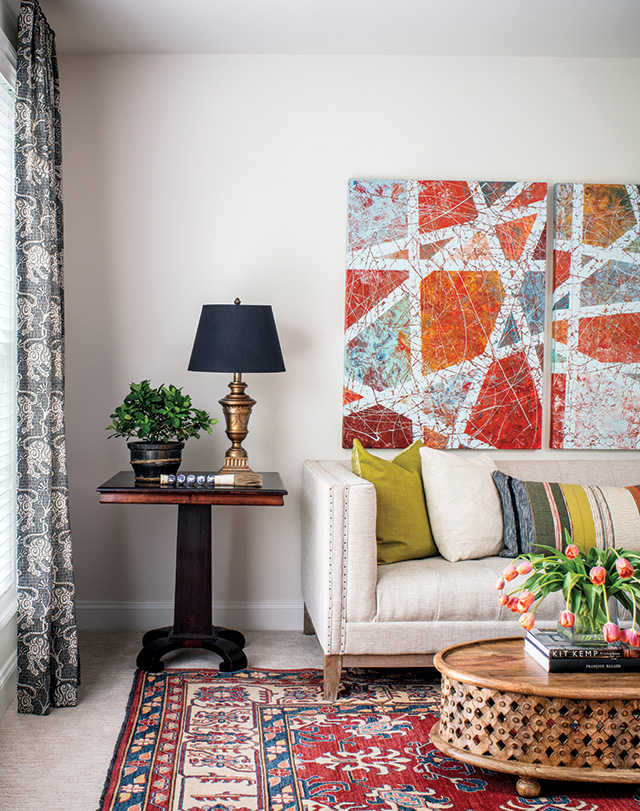 In the guest room, Mearns paired an heirloom American Empire side table with a World Market sofa and a pierced-wood coffee table. The art—a rainy-day project Erin Parsons made with her kids—picks up the colors in a vintage area rug. Photo by Robert Radifera 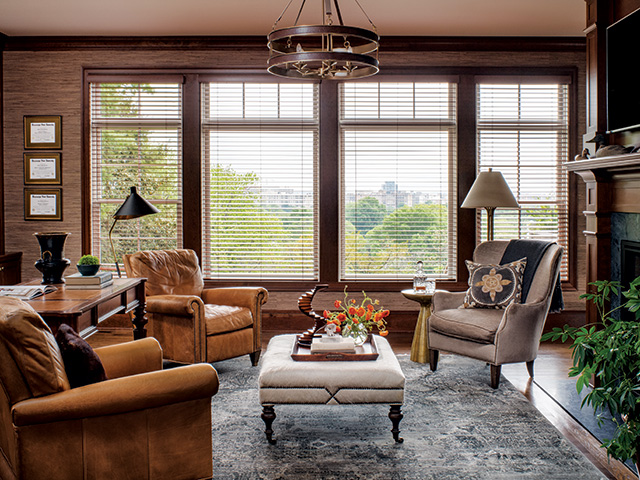 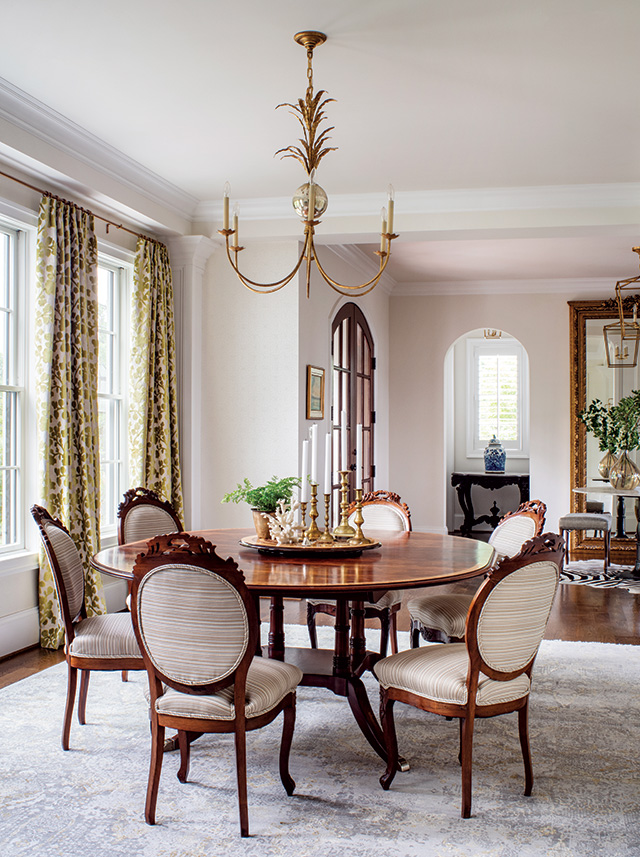 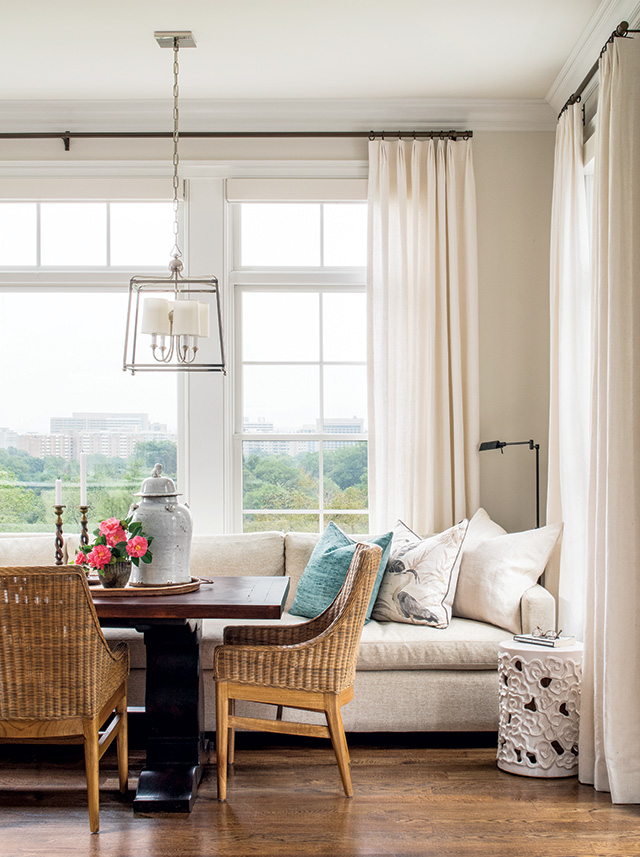 The breakfast nook features a custom banquette from Sky Upholstery and a table made of wood salvaged from the cottage that previously sat on the property. Photo by Robert Radifera 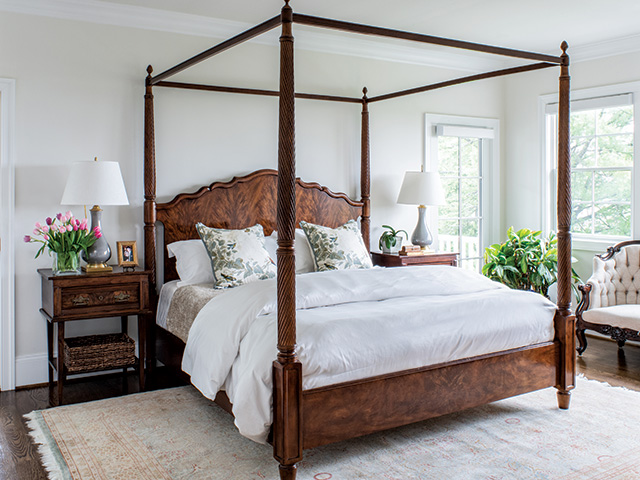 In the master suite, antique bedside tables complement a reproduction four-poster bed with mahogany veneers. The bedding is from Restoration Hardware. Photo by Robert Radifera 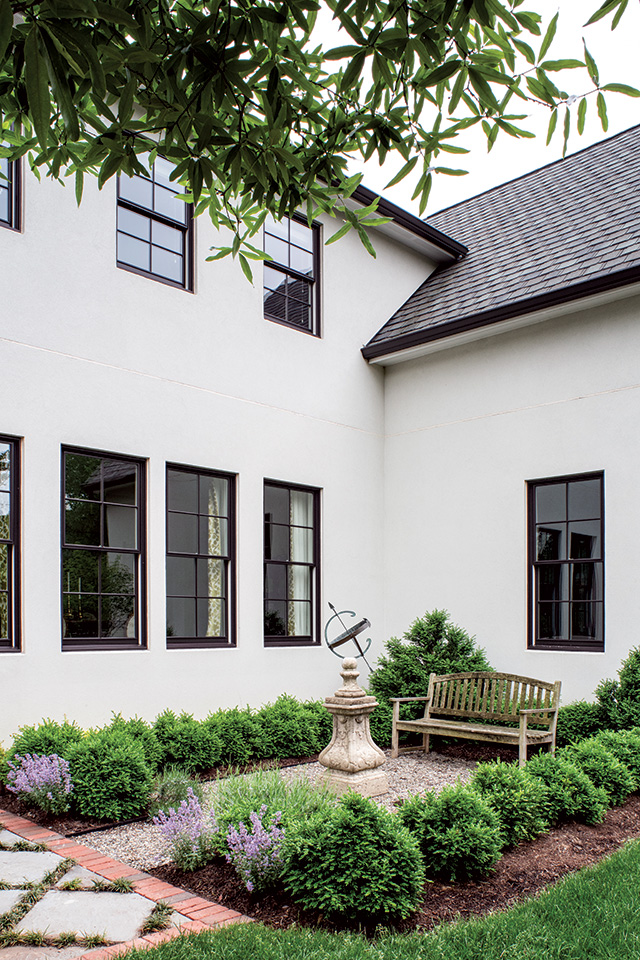 An ornamental garden is anchored by an armillary from Gatsby’s Collection in St. Michaels, Maryland. Plantings include boxwoods, dwarf liriope and purple catmint. Photo by Robert Radifera

When the building process was completed in 2016, the Parsons family had a beautiful six-bedroom, 6,500-square-foot home with panoramic views—including a peek at the Washington Monument from the kitchen, family room and rear terrace. They called interior designer and neighborhood friend Liz Mearns, who had helped furnish their prior home, as well as Scott’s office (he is co-founder and managing partner of Delta Strategy Group, a government affairs firm in the District).

“Erin and Scott had some important heirlooms they wanted to incorporate,” Mearns recalls, including antique dining room chairs dating back to 1850, a Victorian parlor table and a vintage sofa. Some of those pieces were candidates for a face-lift—the chairs were reupholstered in a more current fabric—while others she was able to cast in a new light simply by juxtaposing them with contemporary rugs and seating. “Liz had a knack for making them look fresh and not stuffy,” Erin says.

Like the house itself, some of its furniture is custom-made. The eat-in kitchen features a 14-foot banquette sofa and a rustic dining table made from the floor joists and flooring of the property’s antecedent cottage.

Pretty landscaping creates a sense of arrival for visitors. Landscape architect Susanne Fyffe, a fellow Arlington Ridge resident, designed the front to evoke the feeling of a European manor house, with a meandering walkway and a French Country pea gravel courtyard with a bronze armillary sphere.

“It’s just how I envisioned the home,” Erin says. “Classic and Southern, but with clean, unfussy lines for modern living.”