If you like the idea of dining in an old Virginia farmhouse, you’ll like what Founding Farmers is bringing to Tysons Corner this fall... 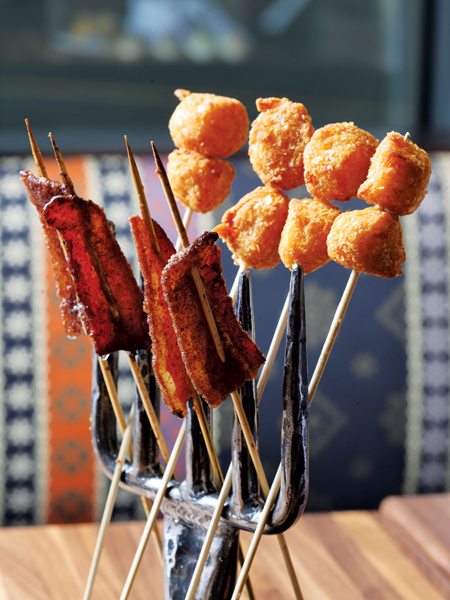 If you like the idea of dining in an old Virginia farmhouse, you’ll like what Founding Farmers is bringing to Tysons Corner this fall. Each section of the 260-seat, Virginia-themed restaurant (slated for a September opening, as of press time) will evoke the feeling of a different room.

For example, the “pantry” by the front door will house a bakery where customers can buy breakfast items or confections to go. The upstairs “bedroom” will feature a quiet dining atmosphere, with headboard-inspired high-walled booths; while the downstairs “living room” promises lounge-style banquette seating that takes its cues from comfy couches.

Tysons is the third outpost for the popular farm-to-table restaurant, which also has locations in Washington, D.C., and Potomac, Md. “We chose Virginia because it has an insanely rich history surrounding the Founding Fathers and agriculture,” says co-concept developer and managing partner Dan Simons.

Watch for an in-house butchery program offering both popular and lesser-known cuts of beef, as well as health-conscious dishes under 600 calories.

The bar area—framed by a dramatic wooden barn truss—will showcase some interesting proprietary spirits, including a pisco crafted in conjunction with Peruvian distiller Macchu Pisco, and a private-label rye whiskey and gin, created jointly by bar and beverage director Jon Arroyo in partnership with Rick Wasmund, the master distiller at Copper Fox Distillery in Sperryville. You’ll also find a dozen draft beers—mainly Virginia brews—and a whiskey-heavy spirits menu featuring plenty of bottles from the Old Dominion state. Plus, non-alcoholic options such as house-made sun tea, pour-over coffees and cold-pressed juices.

Serving breakfast, lunch, dinner and weekend brunch, the kitchen plans to import some fan favorites from its other locations, such as fried green tomatoes and bacon lollis.

But Simons says that approximately 40 percent of the dishes on the menu will be unique to this Virginia location. “You can’t do the same things twice,” he says. “That’s why we’re always pushing ourselves to add new elements.”

I’m eagerly awaiting the Southern-style biscuits, served with an array of sweet and savory accompaniments.