When Arlington County was established in 1920, it had 16,040 residents. Like the rest of the nation, those residents voted Republican in the 1924 and 1928 landslides that ushered in the Coolidge and Hoover administrations. But things shifted in the ’30s and ’40s as the county’s voting patterns became more aligned with Virginia as a whole, which was then a Southern Democrat state.

After World War II, Arlington’s population doubled and the county experienced significant brain gain. In 1950, about 10 percent of Americans held a bachelor’s degree, whereas in Arlington that number was 20.6 percent—double the national average. (Today, more than 72 percent of county residents are college educated, according to Census figures.)
With this influx of educated voters, the county found ideological balance and party parity, as illustrated during the 1960 presidential race, when Richard Nixon edged out John F. Kennedy by only 933 votes in the Arlington polls.

After the passage of the Civil Rights Act of 1964, Lyndon B. Johnson lamented that the Democratic Party may “have lost the South for a generation.” This prediction didn’t hold in Arlington. When George Wallace ran on a segregationist platform as an independent candidate in 1968, Wallace garnered roughly 13 percent of the national vote and 23.5 percent of Virginia, but only 11 percent in Arlington.

In the ’70s, Arlingtonians’ political leanings fluctuated, but by the early ’80s, the county was squarely blue. County voting records confirm that not a single Republican candidate for U.S. president—or for Virginia governor, lieutenant governor or attorney general, for that matter—has won a majority vote in Arlington County since 1981.

There’s also a bit of Beltway nuance at play: Although Arlington’s employment landscape is beginning to diversify (see our cover story on page 42), nearly a quarter of its jobs remain connected to federal, state or local government agencies. Which may explain, in part, why “outsider” candidates who rail against government tend not to find traction here.

“We tend to see anti-Congress messaging not work quite the same in Northern Virginia as it would everywhere else,” says Jeff Gumbinner, a Democratic political consultant with the D.C.-based firm Gumbinner & Davies. “They don’t hate Congress. They don’t hate Washington.”

The primary elections held earlier this year seem to support this point. Among Arlington Democrats, Hillary Clinton, the “establishment” candidate, got twice as many votes as Bernie Sanders (25,582 vs. 12,566). In the Republican primary, Marco Rubio handily won Arlington with 49.7 percent of the vote and John Kasich came in second (22.6 percent), while Donald Trump’s government-bashing, populist message scored only a third-place finish at 16.8 percent.

Curious to see how often local voters aligned with the national sentiment in the past 18 presidential races and when they broke ranks? Here’s how Arlingtonians cast their ballots in each election dating back to 1948. 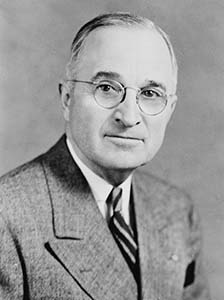 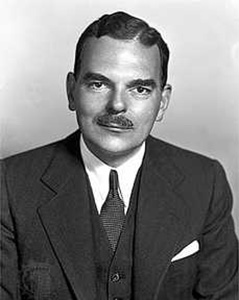