How to Make Peace, Not War 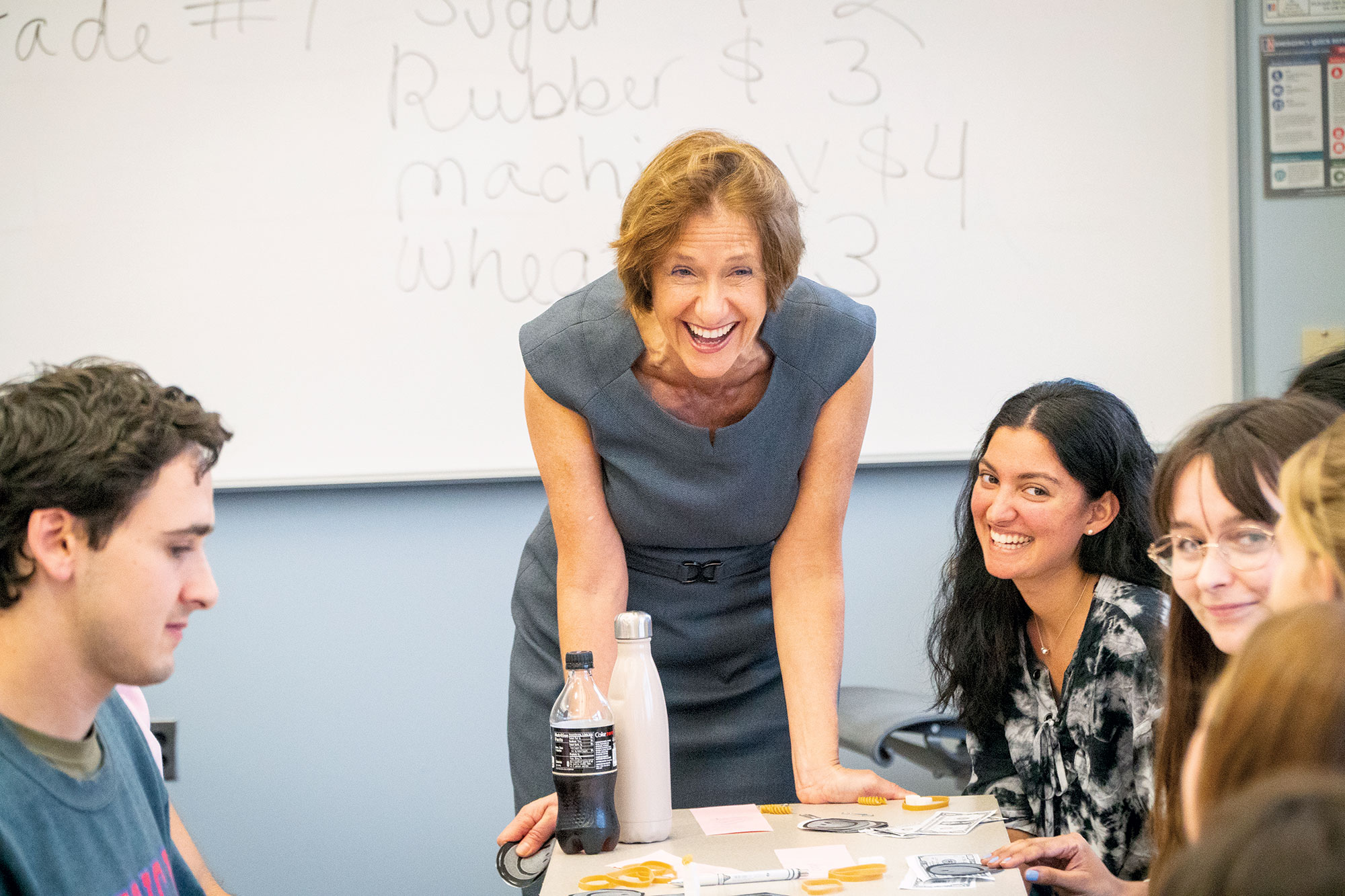 Name:   Barbara Wien
Age:   59
Lives in:   Arlington’s Bluemont neighborhood with her husband, Robert Herman. They have a daughter, 15, and a son, 22.
Job:   Peace educator. (Her formal title is senior professorial lecturer in the School of International Service at American University.) Her work to stop human rights abuses, ethnic violence and war has taken her around the globe to places such as India, Uganda and the West Bank. Locally, she’s been a facilitator at Busboys and Poets “Peace Cafés,” designed to bring together Arabs and Jews and those interested in fostering peace in the Middle East.

What I do: I teach and seek to inspire young people to create a more positive future. I testify, broadcast, knock on doors, canvass, pray and listen deeply to others. What are their fears? What are their concerns? How can we address those concerns without bloodshed?

World view: My father was an immigrant and a refugee who fled the Holocaust. My mom’s family emigrated to the U.S. from New Zealand.

Early influences: In fifth-grade, my science teacher instilled in us a wonderful sense of the environment and ecology. My social studies teacher had us memorize the American creed, all three verses of the national anthem, the Declaration of Independence, the Bill of Rights. I can recite all of those to you today. The Quakers were also a big influence on me [growing up in Pennsylvania]. They invested in programs for the common good.

First job after college: I went to work at the World Policy Institute, helping to stimulate peace studies in colleges and universities. My job was to offer seed money, grants and scholarships to try to foster an understanding of what gives rise to war and what would be the underlying conditions for peace. A million people marched on the United Nations that year [1982] against nuclear weapons. I was 22, in the right place at the right time, riding a huge wave of history. It made an impression on me. I’ve dedicated my life to trying to bring an end to war. It’s so costly.

War costs: In 2018, the U.S. posted $716 billion in military spending, not including active overseas deployments. Imagine what that money could buy in terms of health care and schools and housing and environmental cleanup. I’d like to see a global environmental recovery race instead of a global arms race. We have a lot of pollution from military facilities, and warfare is, by its nature, very destructive to the environment. Environmental scarcity and water shortages may give rise to war—Syria is an example. We can change that equation.

Best part of the job: Working with so many different kinds of audiences and populations and constituents and congregations all over the world.

How to get someone to listen: By asking them what they care about, what their needs are, what would make them feel secure. It starts with trust. If they don’t know me or trust me, why should they listen to me?