“I Asked Him for My Clothes and My Phone”

No one expects to be sexually assaulted. Then it happens.

However, time is of the essence, says her colleague Ariel Ward, a forensic nurse. “We want to make sure patients have access to medications that can significantly reduce their risk of contracting STDs,” Ward explains—like the one that helps prevent HIV, which needs to be administered within the first 72 hours—“and that we recover any physical evidence that may help them if they decide to file a report with the police.”

Still, evidence collection is only a small piece of the big picture, Ward stresses. “The most important thing is to ensure people are healthy, they feel supported, and they have all the right resources.”

As part of that bigger picture, each survivor is paired with a personal advocate who can guide her or him through the entire medical examination—which is often an intensely emotional ordeal lasting several hours. Advocates are specially trained and provided for free by Doorways for Women and Families, an Arlington-based nonprofit that offers a safe haven and support system for people in crisis. 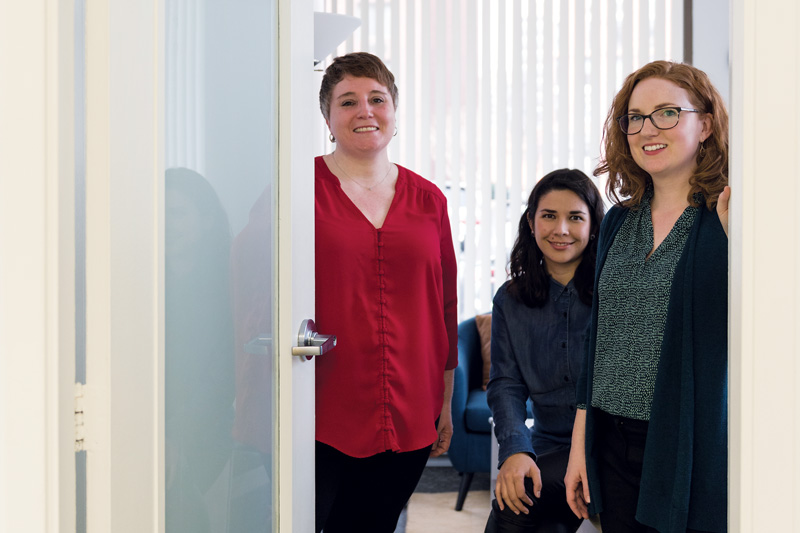 In 2015, Doorways became Arlington County’s consolidated resource for victims of sexual assault and their families, regardless of the victim’s age, gender or where the assault occurred. In each case, the nonprofit’s Revive program helps create a holistic plan that considers the victim’s personal safety, legal options, mental health counseling and financial support, if needed. These services are provided even if the person  chooses not to take legal action.

Last year, Doorways helped more than 60 individuals through their hospital accompaniments. That’s up from 30 in 2017, and almost eight times the number of victims the nonprofit was able to help during its first official year in this role, says Doorways president and CEO Caroline Jones.

Some may be tempted to attribute the increase to an overall rise in sexual assaults, but police and hospital personnel say it’s more likely the result of coordinated efforts to reach victims—as well as greater awareness of what constitutes sexual assault and how to report it.

Since 2015, Doorways’ Revive program has provided short-term post-trauma sexual assault counseling for more than 400 individuals between the ages of 2 and 82.