Ignore the Tic, Don’t Ignore Me 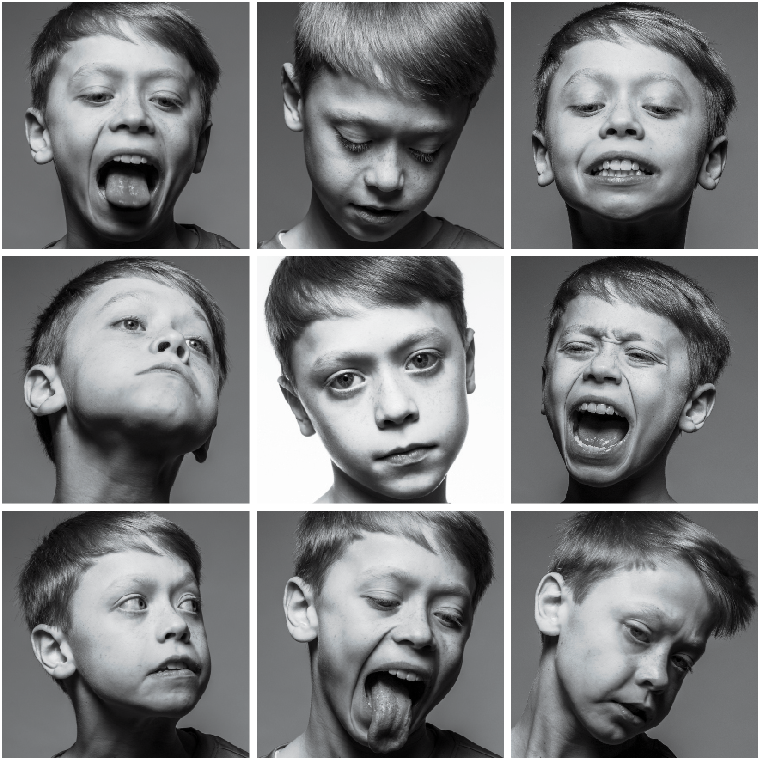 “Would you like some movie theater popcorn?” Trevor Harris offers, already a good host at age 12 as he warmly welcomes me into his family’s home, an apartment next to Thirsty Bernie on North Glebe Road. “Our neighbor back in Tennessee gave us this machine before we moved here,” he says. “It’s the same as the ones they use in movie theaters.”

Except it takes far longer for him to utter those sentences than it does for you to read them. Each word or phrase is punctuated by throat-clearing or clicking noises, sometimes with head movements and eye blinking, too. Listening to Trevor struggle through a sentence requires patience. But probably not as much patience as it takes for him to articulate his thoughts.

“He’s excited to be interviewed,” his mom, Sheri, explains with a smile, “so he’s ticking a little more than usual.”

Disappearing into his bedroom, Trevor soon returns with a backpack filled with Rubik’s Cubes and 3-D puzzles of all shapes and sizes. He pulls one out and systematically unscrambles it while he talks—a meditative exercise that helps him to focus and speak more calmly. When I marvel at his expertise, he grins. “I taught myself Morse code, too.”

Trevor was 5 when his parents began to suspect that his restlessness and chirping were beyond what was normal for an energetic young boy. By first grade, he had been diagnosed with Tourette Syndrome, a neurological disorder characterized by involuntary and repetitive sounds or movements (tics). Like hiccups, the tics are hard to suppress.

TS affects one in 360 kids in the U.S. (three to five times more boys than girls), according to the Centers for Disease Control and Prevention. Typically diagnosed in early childhood, it tends to become worse during puberty, but often abates in adulthood as the brain develops.

Trevor’s tics are both verbal (humming, growling, blurting out words) and motor (uncontrollable gestures like stretching out his jaw or shrugging his shoulders). He’s occasionally prone to spontaneous shouting or full-body convulsions that “look like a seizure,” his mom says.

Then again, “sometimes you’d have no idea that he has any tics at all,” says his dad, Jeremy. In many ways, the tics offer a window to Trevor’s emotions. They intensify when he’s stressed, happy, upset or excited.

Subtract the tics and what you see is a poised, mature, confident and friendly seventh-grader. Trevor and his family (including his older brother, Brycen, a freshman at Yorktown High School) moved to Arlington in 2014 when his parents both accepted long-term assignments with the Air National Guard. An October arrival meant that Trevor was entering sixth grade at Williamsburg Middle School several weeks into the new school year—a difficult transition for any kid, but an especially brutal one for a boy who can’t help calling attention to himself.

The Harrises met with his teachers and school administrators ahead of time so they wouldn’t be caught off guard when, say, Trevor unexpectedly screamed in the hallways. But when a fellow student yelled at him to shut up, Trevor resolved to educate the rest of the student body about Tourette Syndrome.

He created a video about what it’s like to have TS. If I can explain how this disorder affects me and what I can and can’t do about it, he thought, perhaps it will help my peers understand how to react.

There are times when he can’t help seeing the humor in his situation. TS doesn’t always allow him to keep his internal monologue private. “One time I developed these tics where I would say exactly what I was thinking,” he laughs, turning to his mom.

“Remember when you would ask me to do a chore, like take out the garbage, and I’d just say, Sheesh!, really loud and annoyed?”

Trevor also has ADHD and anxiety, which are frequent companions to TS. He takes movement breaks as needed (hence the Rubik’s Cubes) and chews gum or sucks on mints to provide a distraction when the tics become overwhelming. During our interview, he becomes short of breath and chugs a Gatorade. It’s apparent that the energy required for him to have a conversation is similar to what it takes me to run a 5K.

Though he doesn’t shy away from doing normal kid things, he and his family tend to be proactive. When they go to a movie theater (over the summer they saw Avengers: Age of Ultron in Ballston and Jurassic World in Courthouse), they speak with the manager in advance and come up with a contingency plan in the event that other patrons are disturbed.

Before a baseball game (Trevor has played for both Arlington Babe Ruth and Arlington Little League teams), his coach has a chat with the other coach so that the opposing team’s players will know that his random outbursts are not directed at them.

Trevor seems to have mastered the art of diplomacy with grace and sensitivity: “One day I was ticking like crazy in class, and I could feel the girl behind me getting really annoyed. So I said to her, ‘Listen, if I’m doing something that’s bothering you, tell me and I’ll find a way to fix it.’ ” (Sometimes concentrating on a puzzle does the trick; other times he voluntarily relocates to a different seat.)

“He’s one of the more emotionally resilient kids I’ve ever met,” says Elise Kenney, his counselor at Williamsburg. “We have a variety of students with disabilities, but with Trevor, there’s no hiding it.”

When other students tease or avoid him, Trevor doesn’t get mad. Instead, he looks to enlighten them. “It’s been great to have someone in our school who says, ‘Hey, I’m different but that’s cool. You can notice it or not notice it, but I’d rather you acknowledge it and move on,’ ” Kenney says.

A well-rounded athlete, Trevor also plays basketball and is now taking martial arts at Fifty/50 Brazilian Jiu-Jitsu in Falls Church. In December, he was selected to become a Youth Ambassador with the Tourette Association of America (tourette.org), a program that trains teens to spread awareness about TS and advocate for the TS community.

“We learned early on that the worst thing for Trevor would be to not talk about it,” his mom says. “He’s comfortable with who he is. He’s spreading a message of tolerance: Not everyone is going to be like you, and that’s not bad.”

Adrienne Wichard-Edds wrote about living with panic attacks and anxiety in our November/December 2015 issue. Follow her on Twitter at @WichardEdds.