“White privilege” is an uncomfortable and often misunderstood term. Now I know what it really means. 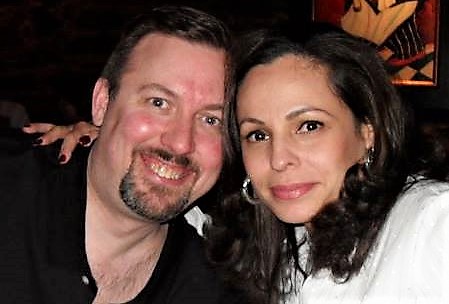 The author with his wife, Anais

I am a middle-age white guy. Maybe I have a Puerto Rican wife and my kids are biracial. Maybe I played ball and am tight with a bunch of Black people, but so what? What do I have to say about race?

It basically comes down to this—it is past time for white people to step up. Black people have carried the weight of our country’s racial problems for generations, from slavery and sharecropping to Jim Crow. It did not end with MLK and the Civil Rights Act. It continues with white flight, the War on Drugs, mass incarceration, redlining, discriminatory lending practices and chronic income and wealth disparity.

Even before Covid-19, life expectancies in the greater D.C. metro region varied by as much as 27 years from one neighborhood to the next. A study out of Virginia Commonwealth University found that mortality rates were shaped less by access to health care than by factors like income, education, housing, transportation and the environment—and that people of color were more likely to live in neighborhoods with fewer resources (termed “islands of disadvantage”).

“White privilege” is an uncomfortable and often misunderstood term. The Arlington of my youth was reflective of its location south of the Mason-Dixon Line. My elementary school had only a small handful of Black students. In high school, “Black history” was slavery, a passing reference to Nat Turner, the Emancipation Proclamation and Martin Luther King, Jr. I didn’t learn about the burning of Black Wall Street in Tulsa until I majored in history in college.

And yet I didn’t think “white privilege” applied to me. My mom’s parents were children of first-generation Norwegian and German immigrants and matured during the Great Depression. Their families came to the U.S. after the Civil War. My grandfather served in both World War II and Korea. My dad was an alcoholic who died when I was nine, after which my mom entered a short and even unhappier second marriage. That didn’t feel like white privilege to me.

Wow, I had a lot to learn. The fact remains that my grandparents bought a home in suburban Arlington, benefiting from the boom in real estate values fueled by the GI Bill, VA loans, and the economic boom of the 1950s.

I now see how redlining and segregation allowed my family to build wealth, backed by governmental policy, whereas Black families did not have that opportunity. I started my life on second, maybe even third base, compared to so many.

It’s taken a lot of listening and learning from friends and loved ones to get an inkling of just how deep our country’s racial issues run. What is it like to be profiled, pulled over and searched based on race? What’s it like to be constantly viewed as an affirmative action hire, regardless of your talent and ability? To be treated as invisible in meetings, to constantly be the “only one,” to have to fight and claw for representation in every setting? To have the decision of whether or not to engage on racial issues looming over countless everyday scenarios, knowing there could be risks and consequences?

These are things I never have to navigate in my day-to-day existence.

My marriage was illegal in Virginia when I was born in 1966. Today, interracial marriage is (mostly) an afterthought. We have made great strides in providing legal rights and remedies for those facing discrimination.

But we still have so far to go. I am close to many people in law enforcement, and they have demanding, important jobs. Still, I am convinced, like Washington Post journalist Radley Balko, that there is overwhelming evidence of systemic bias in our criminal justice system. It is not just the police; they are the tip of a societal spear. What we are witnessing now is the accretion of hundreds of years of biases, assumptions and unfair institutions shooting through our entire society.

White privilege is not having to see all this. It’s having benefited from a tilted playing field without even being aware of its existence.

Moving forward, it should be my privilege to be part of the solution. That doesn’t mean being the white savior and “pulling someone up.”  Rather, it’s me using my position and influence to take on some of this weight and, in some small way, ease the burden that others have had to carry for way too long.

It can’t be on people of color to solve these problems alone. I will help call out this history. I will help create opportunity and inclusion. I can help build equity in my organization and peer groups. It may mean some uncomfortable conversations, but for me it still involves much less risk and reprisal than others have faced for generations.

It also means being open to being uncomfortable and acknowledging my own internal biases and assumptions. We all have them. Addressing them is the work. You can do it, too.

Tim Hughes is Managing Shareholder of the law firm Bean, Kinney & Korman, P.C. Tim is on the Board of Trustees of the Leadership Center for Excellence and is an inaugural Fellow of the DMV Diversity & Inclusion Institute.