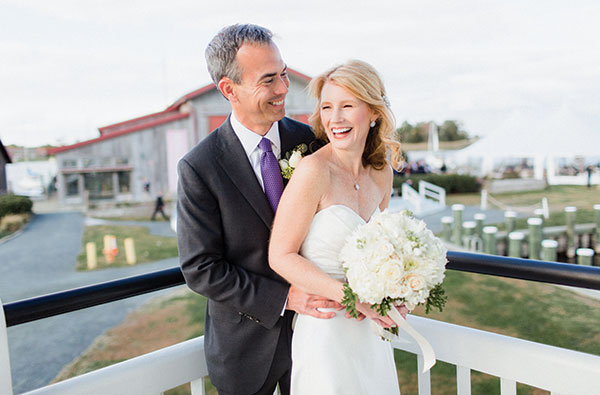 All photos by Ali Williamson/Alisandra Photography

The couple: Jill Powell, 42, regional director of marketing for ForestCity Washington and Steve Fredrick, 47, a venture capitalist in Tysons Corner. This was the second marriage for both. They live in Lyon Village with their four children.

How they met: Jill’s co-workers signed her up on Match.com, and two days later Steve contacted her. It was Jill’s one and only date from the website. 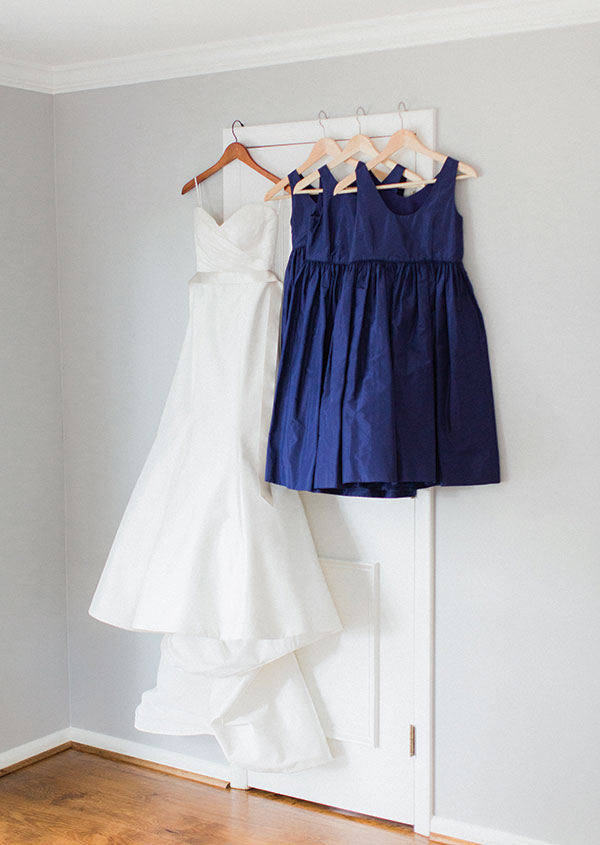 First date: Mike’s American Grill in Springfield. They talked so long that they closed the restaurant down. “We could have sat there another 12 hours,” says Jill. “The staff was sweeping under our seats.”

The proposal: On Christmas morning with all four kids present. Steve assembled a series of nesting boxes for Jill to unwrap. The final box was filled with Jill’s favorite candy—M&M’s—and a diamond ring. 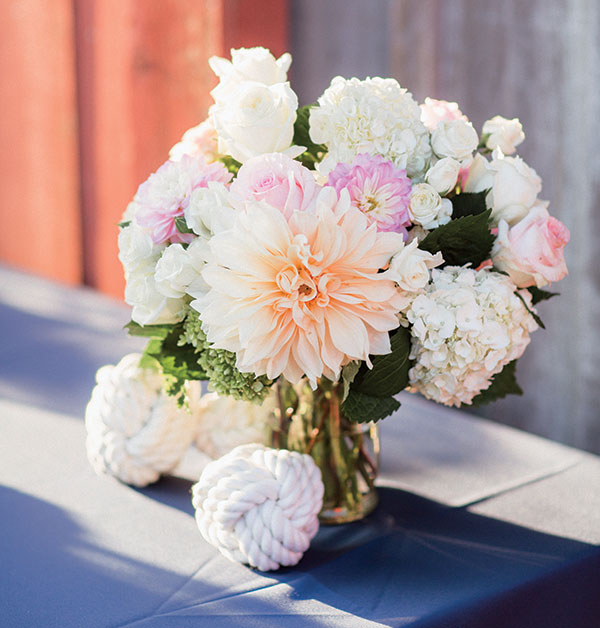 The Wedding: Oct. 22, 2015, in St. Michaels, Maryland. Ceremony at Christ Church, followed by a reception at the Chesapeake Bay Maritime Museum. The waterfront location lent itself to a nautical theme, which included rope balls for table number holders; crab fritters and oysters as hors d’oeuvres; royal-blue bridesmaids’ dresses; and sugar cookies shaped like sailboats at the dessert table. 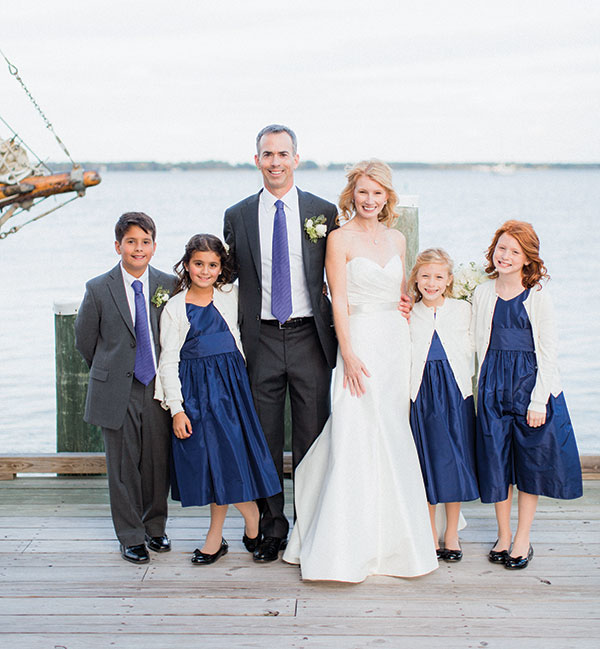 Family ties: The wedding was a true family affair. The couple’s four children served as the wedding party, and Jill’s 12-year-old daughter, Lilly, was her maid of honor. Jill’s good friend sang “The Day Before You” by Matthew West while her sister accompanied on the piano. “My favorite part of the wedding was the fact that all of the most important people in our life were there and our children were able to be a part of the ceremony,” says Jill. 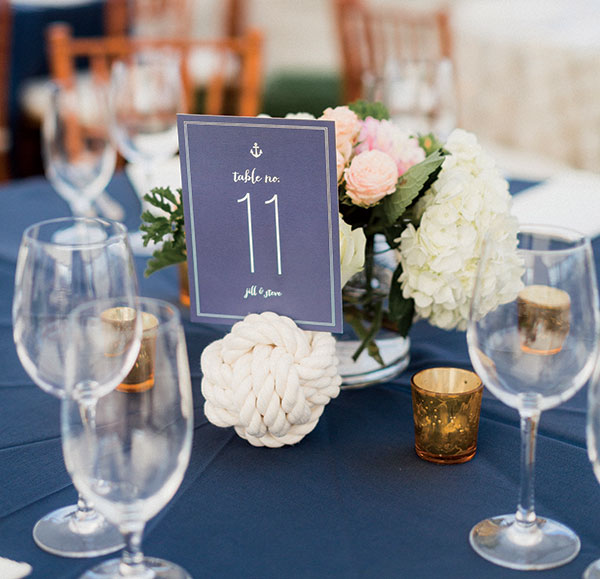 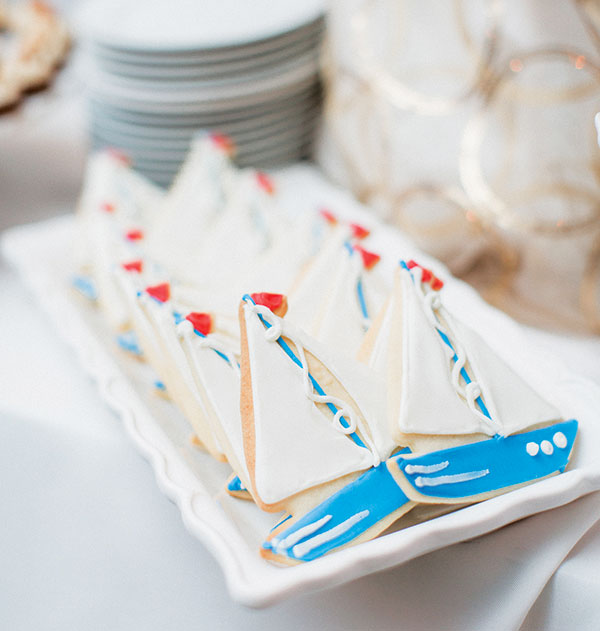 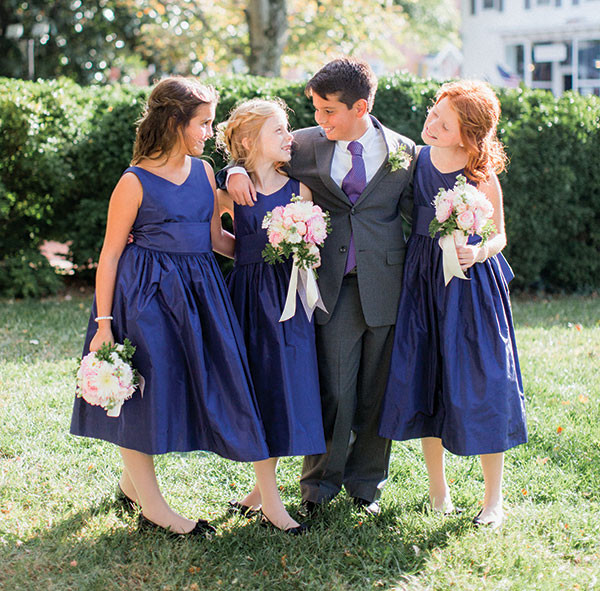