Longtime athlete Kevin Brown joins the team that will compete in the 2028 Paralympics. 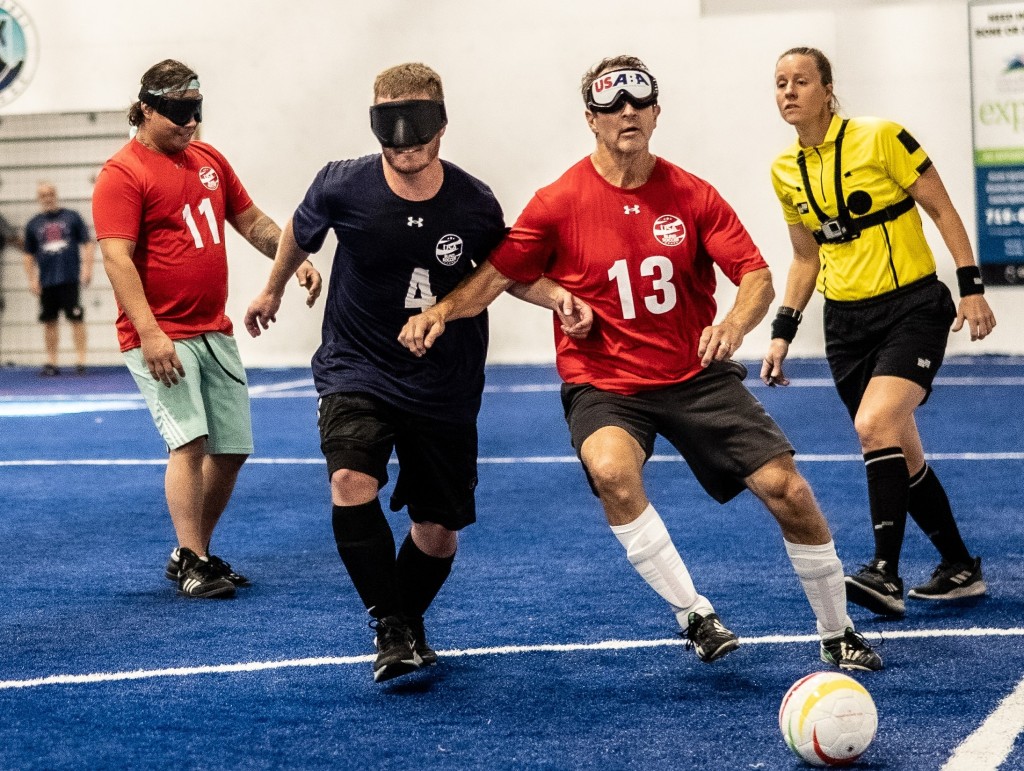 Kevin Brown, second from right, is one of 10 athletes named to the inaugural USA Blind Soccer men’s team. (Photo courtesy of USABA)

About five years ago, Falls Church resident Kevin Brown got the chance to try out for a blind hockey team. Brown, legally blind for most of his life, had little experience with the sport. He showed up to the tryout anyway.

“I have a philosophy that I’m not afraid to fail; I’m afraid not to try,” he says.

Now, the longtime athlete and coach—and member of the US Blind Hockey Team—has added another sport to his resume as he joins the roster of the inaugural USA Blind Soccer men’s national team.  The squad hails from all over the U.S. and ranges in age from 21-50. They will begin international play next year, ultimately competing for the first time in the 2028 Paralympics, hosted in Los Angeles.

Brown, 50, has lived in Northern Virginia for most of his life and has a day job with the Treasury Department. He was deemed legally blind around the age of 7, due to a genetic eye disorder he’s had since birth. That didn’t stop him from competing in mainstream sports, including soccer, in high school and college.

“[I] was unaware that blind sports even existed,” he says. “I went to West Springfield High School … and didn’t have a strong connection to the blind and visually impaired community because I just grew up in an environment that was mainstream.”

As his vision further deteriorated into his adulthood, Brown continued to play sports and coached his sons’ athletic teams. “I’ve been a longtime athlete, passionate about sports for so many reasons—not just the enjoyment and the thrill of the competition and the athletic aspects of it. But the teamwork, the communication, all those intangibles that come along with sport,” he says. 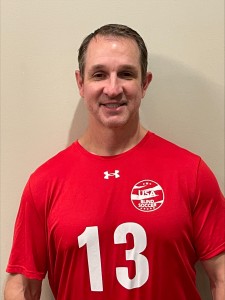 Kevin Brown has played and coached sports for much of his life. (Photo courtesy of USABA)

Blind soccer is at least a century old, believed to have been played first in Spain in the 1920s before teams in other countries developed programs of their own. Since 1996, the International Blind Sports Federation has overseen the sport. It was added to the Paralympics roster in 2004.

Governed in the states by the U.S. Association of Blind Athletes, blind soccer is played with 10 players: each team has four visually impaired field players and one sighted goalie. The field players wear eyeshades to block light perception and compensate for any differences in vision.

During play, the soccer ball emits a rattling noise that enables players to locate its position, and spectators must remain quiet. As opponents approach the ball, they are required to announce themselves, saying, “Voy,” short for “I’m coming” in Spanish.

As the sport gained traction in the U.S. in recent years, Brown became an active participants in camps and coaching clinics. In late October, he competed in Chula Vista, California, for a spot on the USA men’s national team.

“It’s certainly exciting to be part of that first process,” he says, “but the part that gives me more excitement is the opportunity [to] hopefully just create that awareness for others that the game’s available, and it’s coming to a community near you. This is an opportunity for people to get out and participate, and now it’s the world’s game.”

Brown, who credits his outlook on life to “age” rather than “wisdom,” says his primary goal as an international competitor is not to wind up with a gold medal, but to further promote the sport. He’s a “big fan” of Argentina’s Lionel Messi, but when the World Cup gets going next week, he says he’ll be rooting for the U.S. team. Closer to home, he follows D.C. United and Meridian High School soccer.

“I cherish all the sports that I’ve played, from football and basketball to soccer,” says Brown, who also participated in USA Track and Field events in the early 2000s and broke the USATF record in the pentathlon in 2001. “Soccer was always my passion … so to see it evolve in the United States and where it’s heading is remarkable. Whether it’s mainstream or blind sports, the fact that soccer now truly is for everyone gets me very excited.” 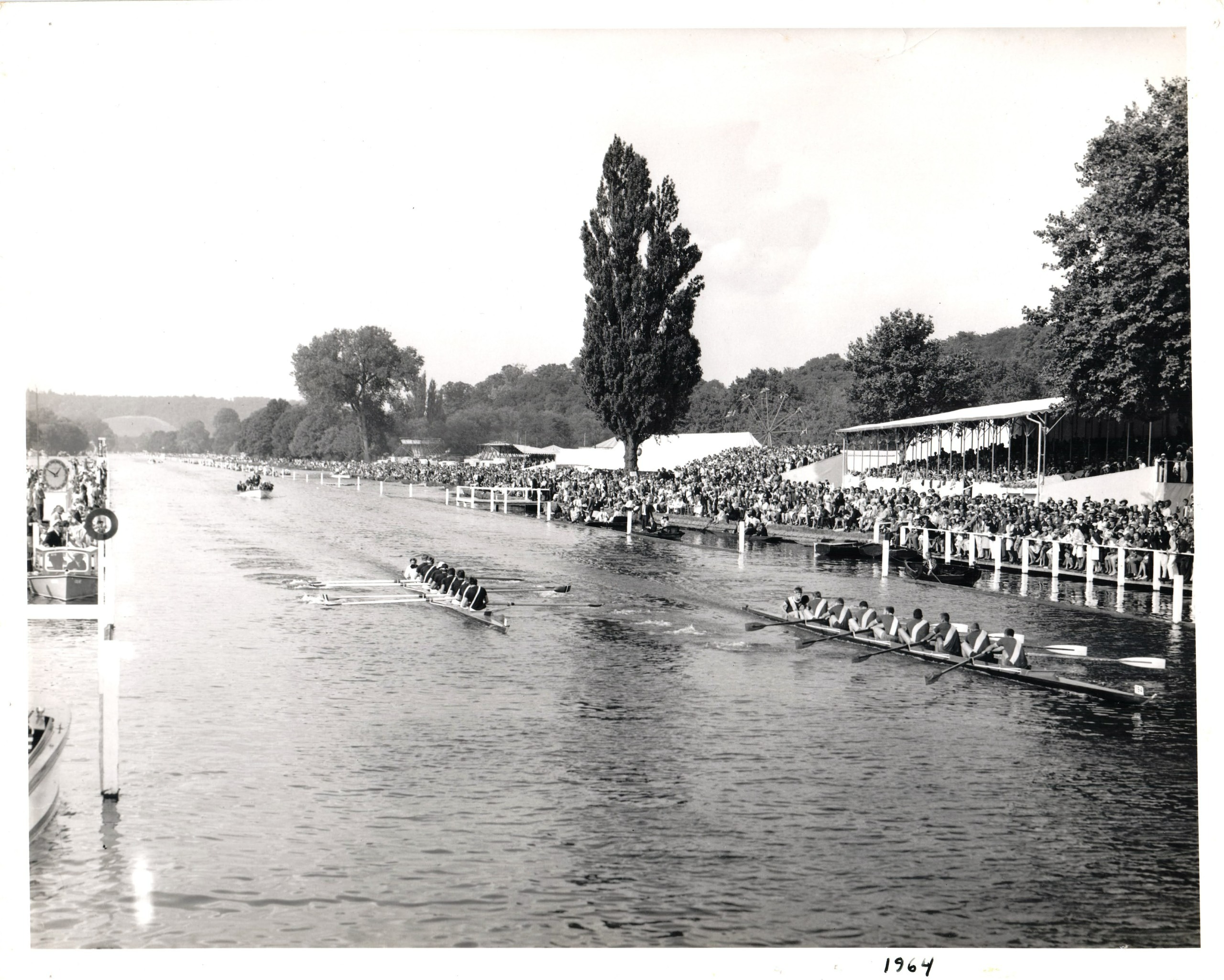 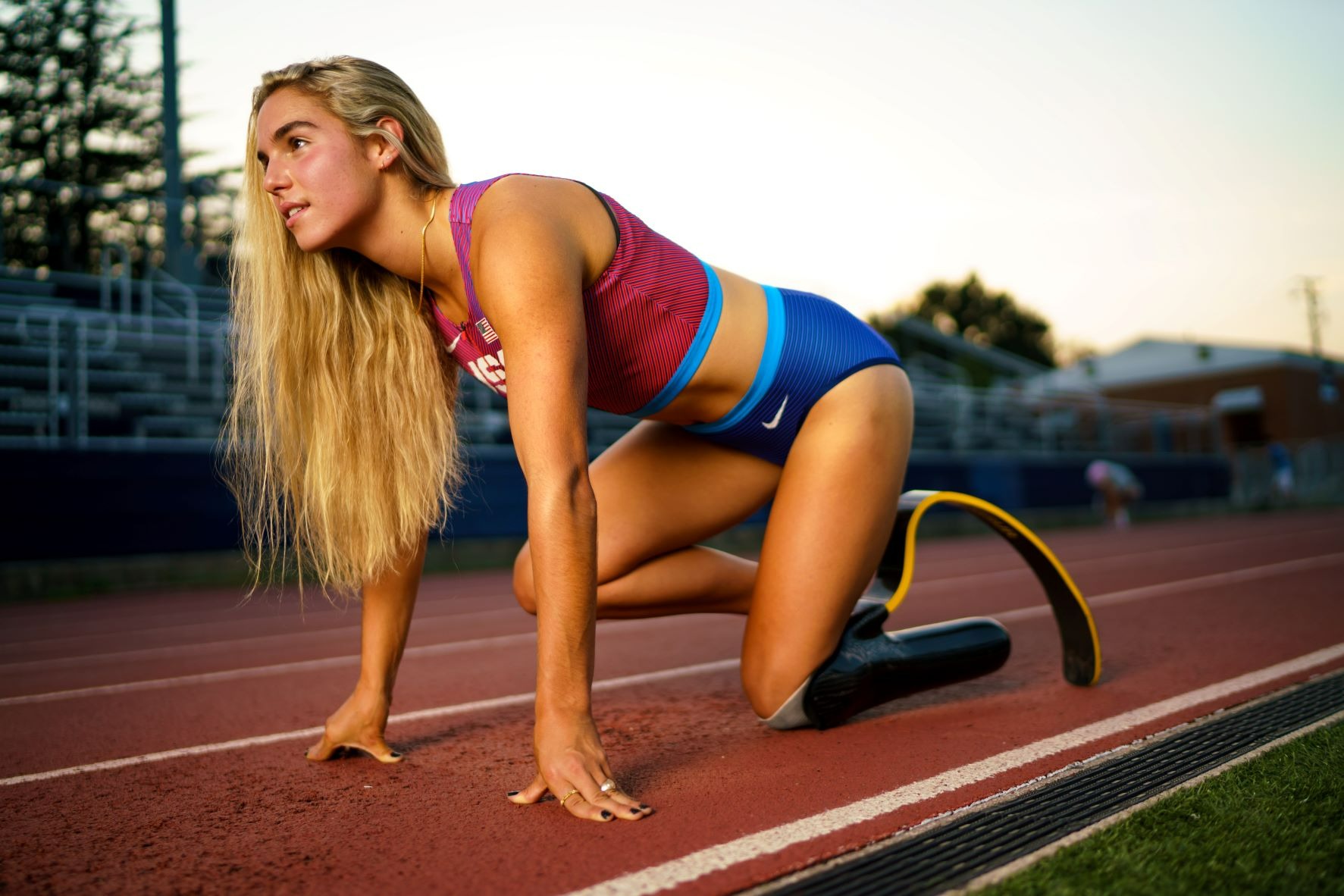 Sydney Barta is Going for Gold 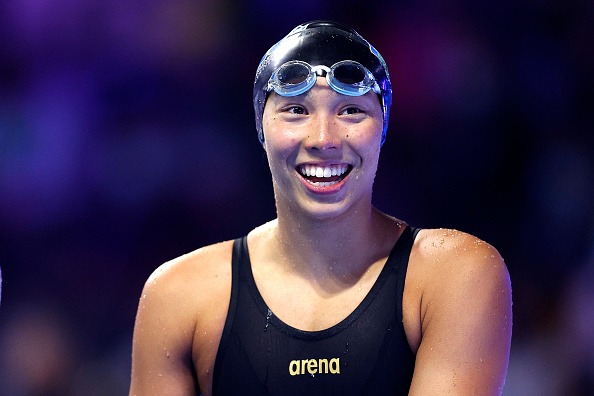 What’s Next for Torri Huske