When her daughter was hospitalized, Carol Caparosa took up knitting. Now, her nonprofit teaches it to others as a form of therapy. 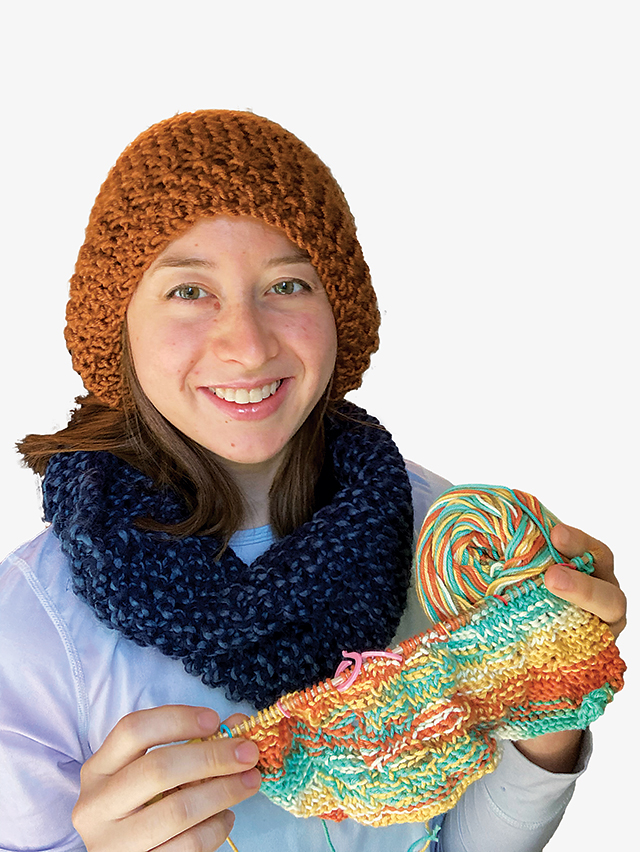 Last August, oncology nurse Evie Stinger received an email from her employer, Medstar Georgetown University Hospital, with an invitation to knit. Covid stress among health care workers was at an all-time high, and a local nonprofit was offering knitting as a form of therapy.

Thus began Stinger’s connection to Project Knitwell, an Arlington organization that teaches knitting for stress relief. After deciding to give it a shot, the Rosslyn resident was paired with an online instructor and received a starter kit in the mail with knitting needles (one with a few rows already completed, because anyone who has ever attempted knitting knows how challenging that first row can be), plus a couple balls of yarn and an instruction booklet.

“[Knitting] is a relaxing activity for me,” Stinger says. “It’s almost meditative, where you don’t really think of anything else because you’re so focused on the knitting and not really worried about other things. It’s a nice tool for unwinding and resetting your mind.”

Project Knitwell was founded in 2010 by Carol Caparosa, a McLean mom who rediscovered her own love of knitting while spending hours at the hospital as her daughter was treated for congenital heart defects. After her daughter recovered, Caparosa began volunteering to teach knitting to other parents at the hospital, hoping it would be helpful for them, too.

Since then, Project Knitwell has offered knitting lessons throughout the D.C. area via organizations such as Virginia Hospital Center, N Street Village, Alternative House and So Others Might Eat. When Covid arrived, Caparosa launched an outreach effort targeting one of the most affected groups—nurses—and pivoted to an online teaching model: Knitwell in the Cloud.

The virtual programming helped 27 nurses, including Stinger, stay grounded during the worst days of the pandemic.