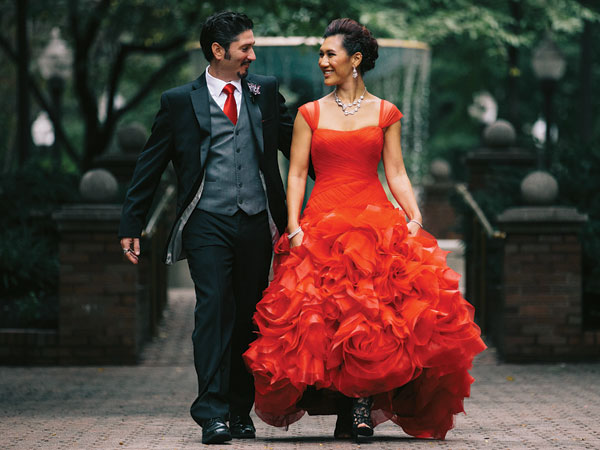 The couple: Mai-Lan Dunlop, 36, a manager at Accenture in Arlington; and William “Bill” Holochwost, 39, an IT consultant and director at CGI Federal in Fairfax. They live in Arlington’s Courthouse neighborhood.

How they met: Working at American Management Systems in Fairfax. They were serendipitously crammed together in the back of a mutual friend’s car on the way to a holiday party.

First adventure: A five-hour drive to West Virginia for snowboarding at Snowshoe Mountain 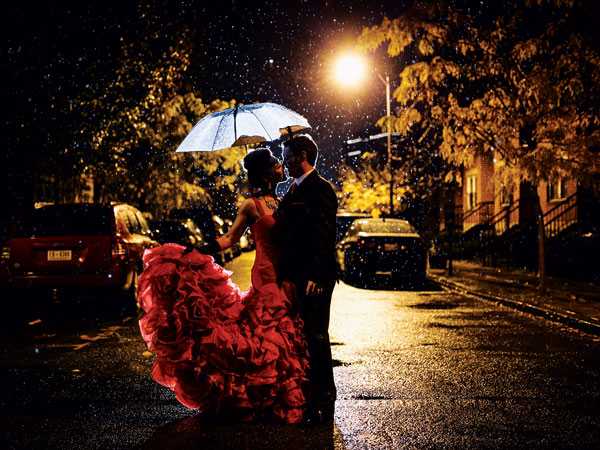 The proposal: On the balcony of their apartment in Courtland Towers overlooking Arlington and Alexandria.

The wedding: Oct. 11, 2014, at Clarendon Ballroom. The décor included 1,300 red and silver origami cranes (which Mai-Lan folded by hand) and candleholders found on Etsy that the couple spray-painted themselves. Favorite movie and TV quotes were framed and positioned throughout the reception space, which was designed with a rock-star vibe in mind. Bill is the guitarist for Over the Line, a cover band that has performed locally since 2009. 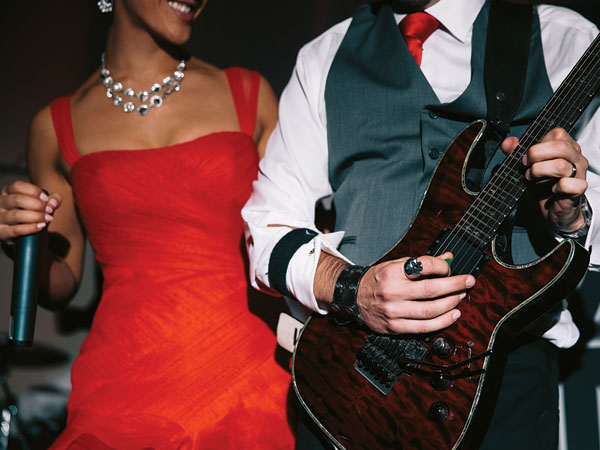 Musical moments: During the reception, Bill and his band played a full set that included tunes such as “Sweet Caroline,” “Locked Out of Heaven,” “Bust a Move,” “Sweet Child O’ Mine,” “Since You Been Gone” and “Mr. Brightside.” Then D.J. Jaime Easson, owner of E2 Events, took over for the rest of the night. 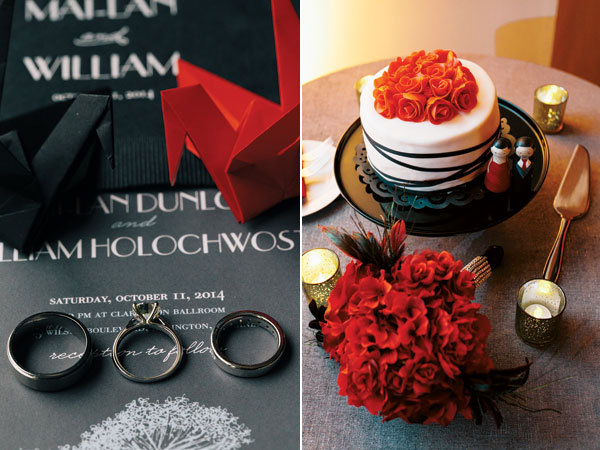 Bride’s attire: “Sophie” in Valentina Red by Vera Wang (David’s Bridal). “It blew my mind,” Bill says. “I will never forget it.” 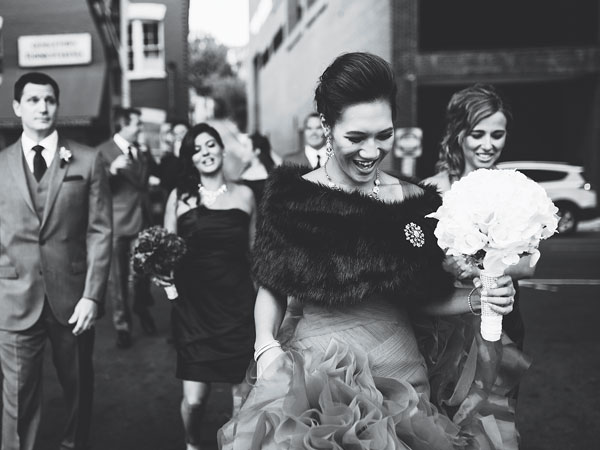 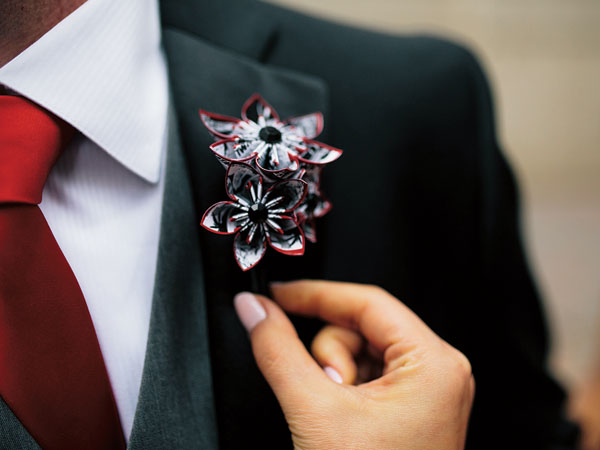 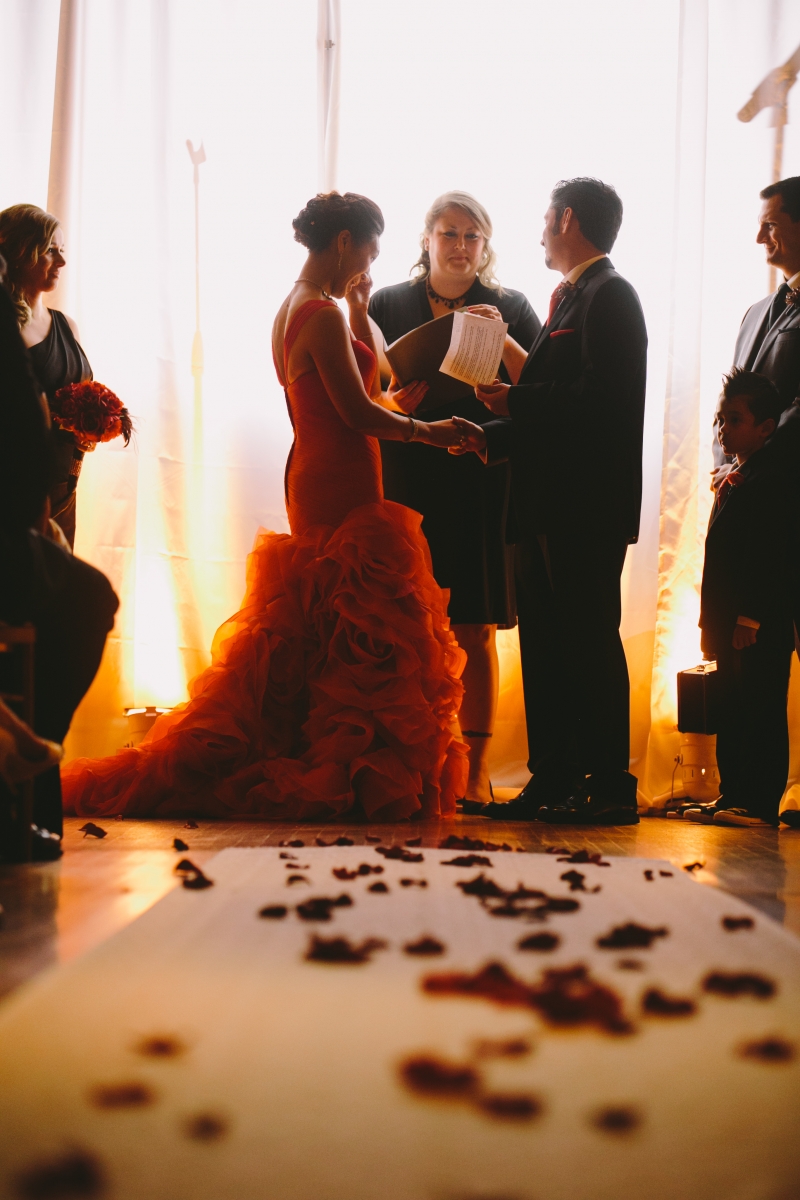