Scott Sklar's outdoor happy hours have brought all kinds of people together. 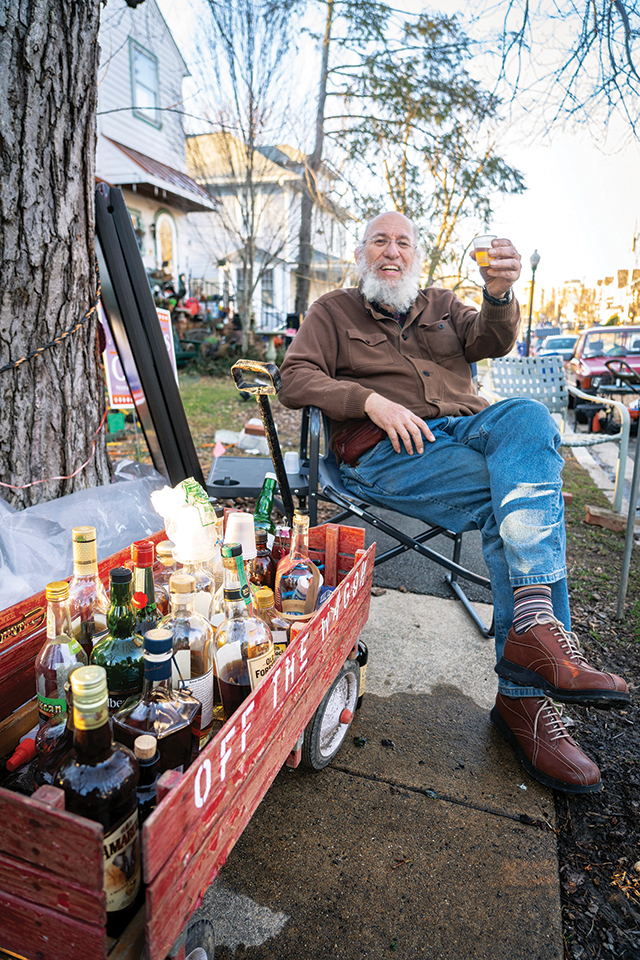 Over the years, Ashton Heights resident Scott Sklar has built up an impressively large collection of whiskeys, including some choice, 20-year-old single-malt Scotches. An adjunct professor at George Washington University (where he teaches two interdisciplinary courses on sustainable energy) and founder of The Stella Group, a clean energy consultancy, Sklar has traveled the world, sampling all manner of his favorite brown liquor. Before Covid, he and several neighborhood friends often gathered for “bourbon club,” in which each person would bring a bottle and share a few drams.

When the pandemic began, the gregarious Sklar saw an opportunity to widen his circle—by more than six feet. He purchased several large buckets from Cherrydale Hardware, which he flipped into seats; invested in some plastic shot glasses; and set up a makeshift bar outside his solar home on North Ivy Street, where he’s lived for 37 years.

Intrigued, people started coming by for free whiskey happy hours, which Sklar hosts most weekdays—barring wind or rain—for anyone 21 or older who wishes to partake. He says he’s welcomed lawyers, construction workers, teachers, taxicab drivers, retirees, bartenders, government contractors and many others to join him and his dog, Elvis, on his front lawn.

The TGIF Porch
Get These Cocktails to Go