The Arlington university is investing in its Diversity, Equity and Inclusion Center—and its relationship with the broader community—thanks to a grant awarded in September. 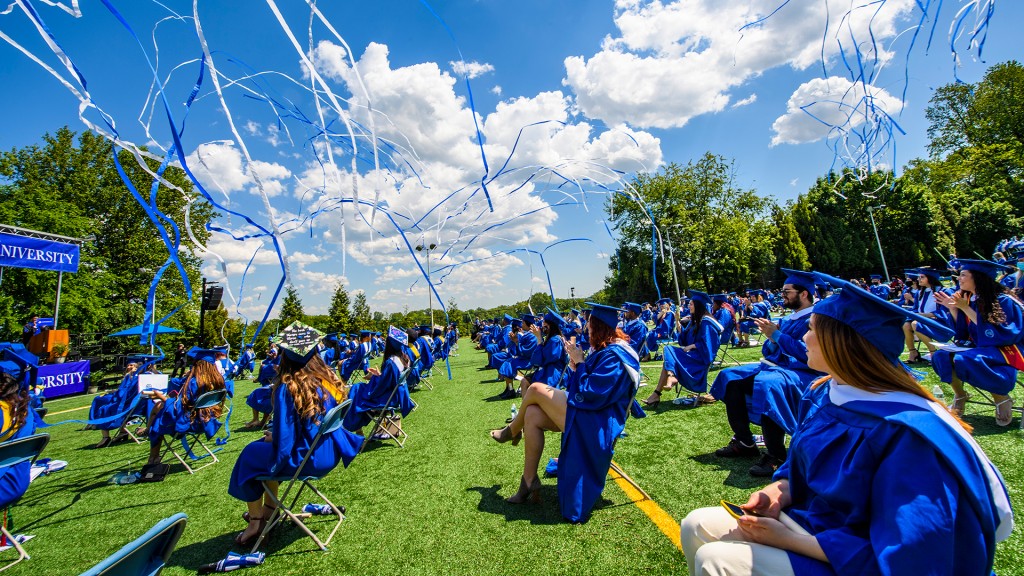 Allana Taylor joined Marymount University’s staff as director of student counseling in May 2020. Shortly after, the Marymount community found itself grappling with a nationwide reckoning over racial injustice.

“There was this enormous push from students, from everybody really, to make Marymount an inclusive place for everyone,” Taylor says.

In 2020, the school administration held listening sessions, which Taylor helped facilitate, to address racial equity and inclusion at the private Catholic university in Arlington. At these discussions, and in her one-on-one sessions as a counselor, students voiced a greater need for inclusion.

“There are … ongoing conversations about students wanting to feel welcome and maybe not always feeling welcome. And [that] this is their space,” Taylor says. “We want students to feel like this is their campus.”

In January, the university dedicated part of Rowley Hall, an academic building, to a gathering space aimed at fostering a more inclusive schoolwide climate. And recently, in late September, the new Diversity, Equity and Inclusion Center got a substantial boost when Marymount landed a $25,000 grant from the Association of American Colleges and Universities (AAC&U) to host a Truth, Racial Healing & Transformation campus center.

The AAC&U, a D.C.-based organization promoting liberal education, partners with colleges and universities throughout the country to develop the centers. Their goal is to ready future leaders “to break down racial hierarchies and dismantle the belief in the hierarchy of human value.” Marymount is among 48 schools chosen to house the centers, a list that also includes George Mason University and Northern Virginia Community College. 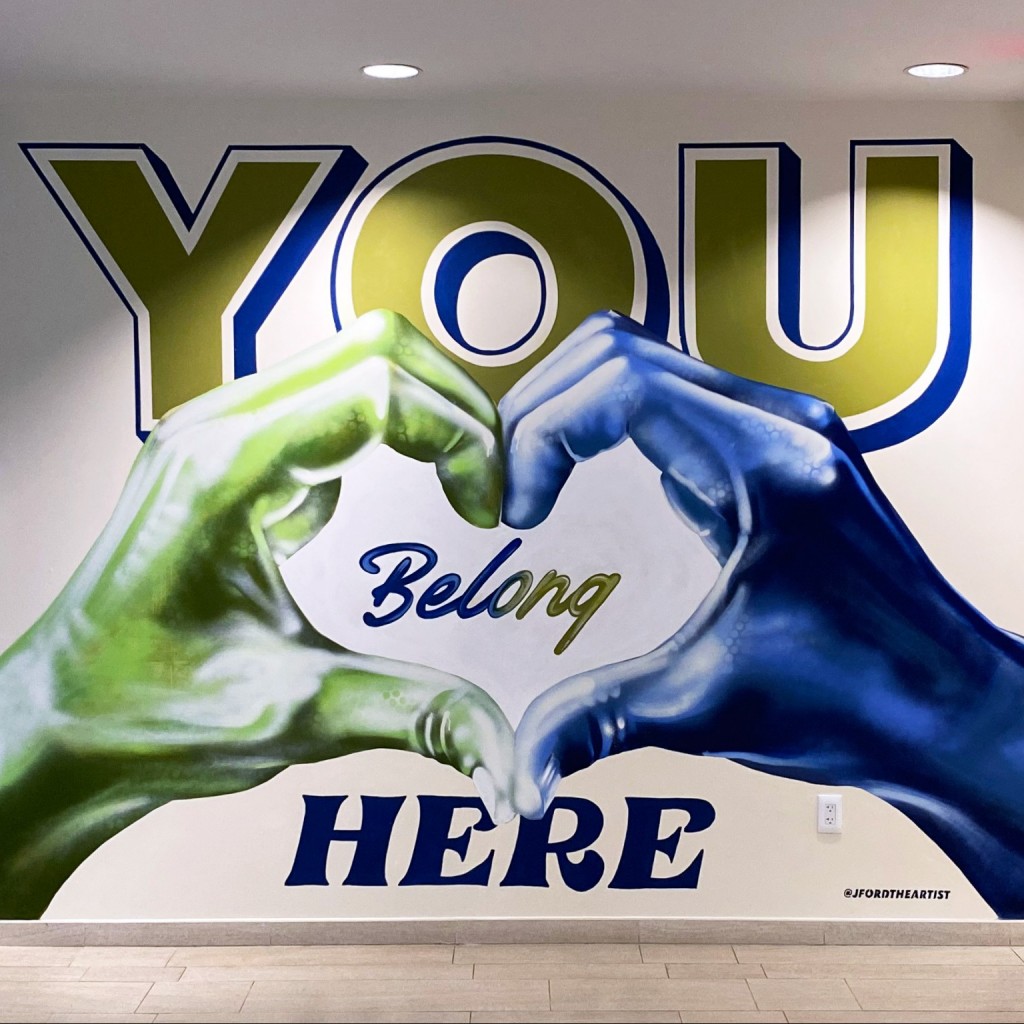 Marymount University, founded in 1950, serves close to 4,000 undergraduate and graduate students at its three campuses in Arlington. Its student population is diverse, with matriculants coming from 75 countries and 49 U.S. states. In the fall of 2020, 31 percent of its undergraduates identified as white, 25 percent as Latinx and 16 percent as Black. Last year, the school was the first in Virginia to qualify as a Hispanic-Serving Institution, and in 2021, it topped U.S. News & World Report’s list of regional universities in the South for campus ethnic diversity. (Additionally, Marymount University President Irma Becerra was born in Cuba and spent much of her youth in Puerto Rico.)

Taylor is one of the more than two dozen people—including students, faculty and staff members—who make up Marymount’s Diversity, Equity and Inclusion committee. She also served on its grant-application team. The grant proposal comprised three components: “revealing the past, transforming Marymount’s culture and engaging the wider community.”

“The idea of the grant is really to shift just the culture generally,” Taylor says. “So really focusing on students, staff and faculty coming together and having a connection around their common humanity.”

A key vehicle for forging those connections is “racial healing circles,” an element of the Truth, Racial Healing and Transformation framework. In these circles, two trained facilitators present a discussion prompt to a group of participants and then partner them up to exchange their responses. Each pair then returns to the full group to share their reflections with each other. Camille Buckner, a Marymount psychology professor and the co-chair of the DEI committee, says the circles are intended to lay the bedrock for other work by allowing participants to “feel better connected to each other.”

Truth, Racial Healing and Transformation is a roughly 5-year-old framework developed by the W.K. Kellogg Foundation that outlines five areas to “help communities heal and produce actionable change”: Narrative Change, Racial Healing and Relationship-Building, Separation, the Law and Economy. In 2017, the foundation awarded TRHT grants to 14 locations and organizations throughout the country. Later that year, with funding from the Kellogg Foundation and Newman’s Own Foundation, the AAC&U awarded 10 colleges and universities their first round of TRHT grants, including the University of Maryland-Baltimore.

In addition to funding the training necessary to facilitate racial healing circles, the grant funds awarded to Marymount, which will be matched by the university, will support other diversity, equity and inclusion work, including mini grants that fund research into local histories of racial injustice. The committee is also exploring the possibility of a Living Learning Community—residential and academic cohorts of students with shared interests that are utilized at Marymount and other colleges throughout the country—that focuses on diversity, equity and inclusion.

Buckner stresses the third goal in the committee’s grant proposal: to engage with the external community. “This isn’t just to be a Marymount thing; what we’re trying to do is work on forming partnerships,” she says. While the committee hasn’t yet initiated any formal unions, they are hoping to connect with organizations such as the Catholic Diocese of Arlington’s Advisory Council on Racism, the Green Valley Civic Association and the Black Heritage Museum of Arlington.

Last summer, several of the committee members attended a training with existing THRT centers throughout the country. Some had formed strong bonds with organizations outside their school communities, Taylor says. That’s a “priority” for Marymount as well, she says, once the relationship-building process is well underway.

“We really are in the business of trying to spread and empower other folks to be able to do this work too in the larger community,” she says.

This post has been updated to reflect the correct name of Marymount’s Diversity, Equity and Inclusion Center and the most recent data on students’ states and countries of origin.

→ Closing the Opportunity Gap in Schools

→ Amazon is Fueling a Higher Education Boom in Arlington