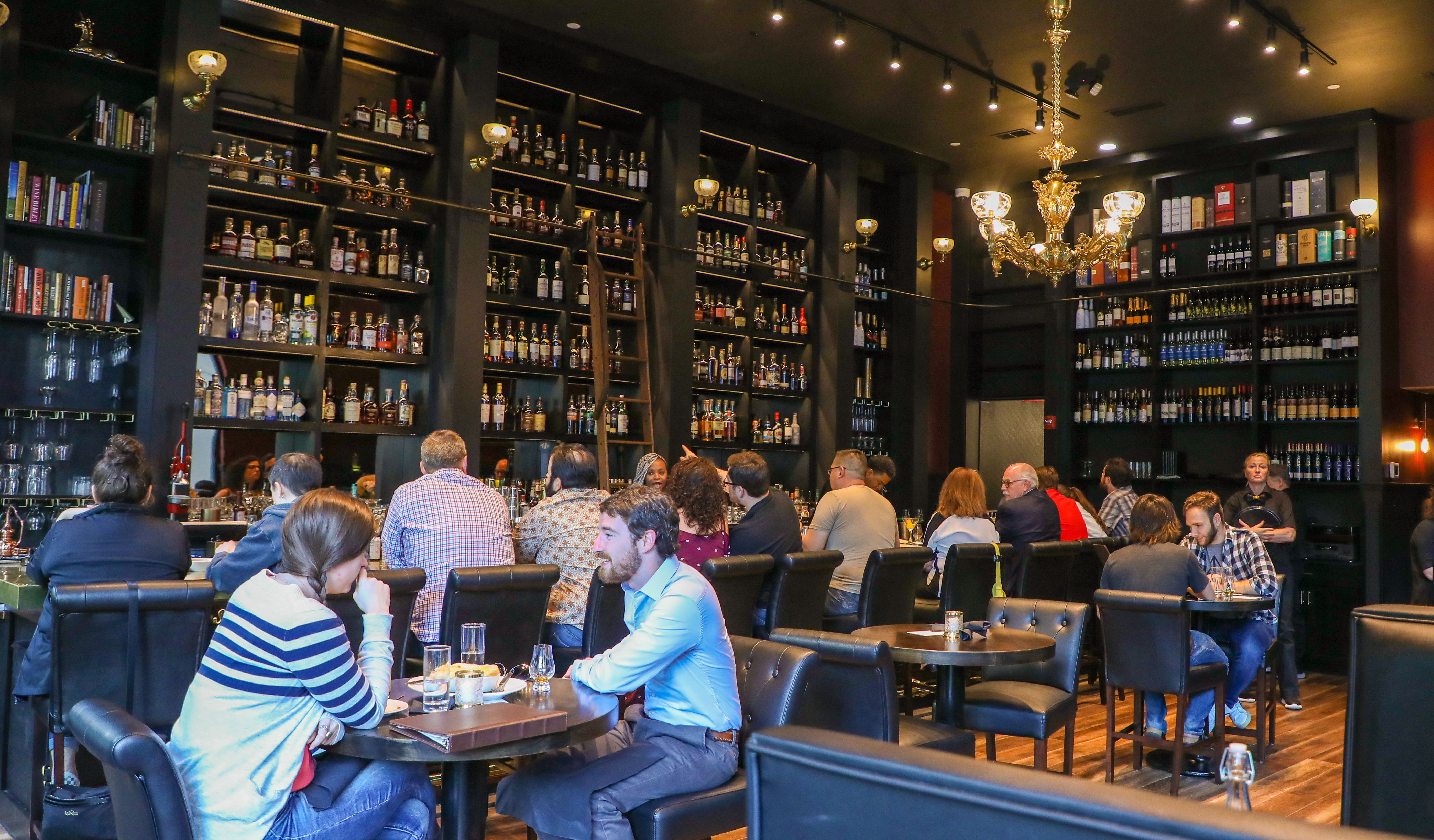 “I was basically left unsupervised for a couple weeks when my wife was out of town,” says Derek Anderson.

The Falls church resident had just spotted a vacant storefront in the Mosaic District and saw it as an opportunity to launch a whiskey bar. By the time his wife, Emma Hand, returned from her trip, Anderson had drafted a business plan for what would become The MacMillan Whisky Room—which held its soft opening in late May and will celebrate its grand opening on June 15.

It’s the first bar and restaurant venture for Anderson and Hand. Both are lawyers, and each had a unique entry point into the world of whiskey. Hand, whom Anderson describes as “extremely British” developed a fondness for it while studying for a semester at the University of Glasgow, Scotland. (Hence, the Scottish spelling, “whisky” in the bar’s moniker.)

Anderson says he later got into the “almost academic aspect of it” as a patron at Jack Rose Dining Saloon and other D.C. whiskey haunts.

So what made Anderson feel equipped to open a watering hole with no experience?

Inside the relatively small, one-room space, the primary focal point is the library of spirits, complete with a sliding ladder for reaching the highest shelves. On a recent Wednesday night, the restaurant was about half-full and surprisingly illuminated, despite its fairly dark palette of burgundy and black.

But let’s get to the main event: the whiskey. In an effort to educate the novices among us, MacMillan offers introductory flights (e.g. “Scotch 101”), which arrive in three Glencairn glasses and an accompanying water dropper.  The Whiskey 101 flight delivers a trio of tastings that includes Four Roses Small Batch Kentucky Bourbon, WhistlePig Straight Rye and Glenmorangie Nectar D’Or. 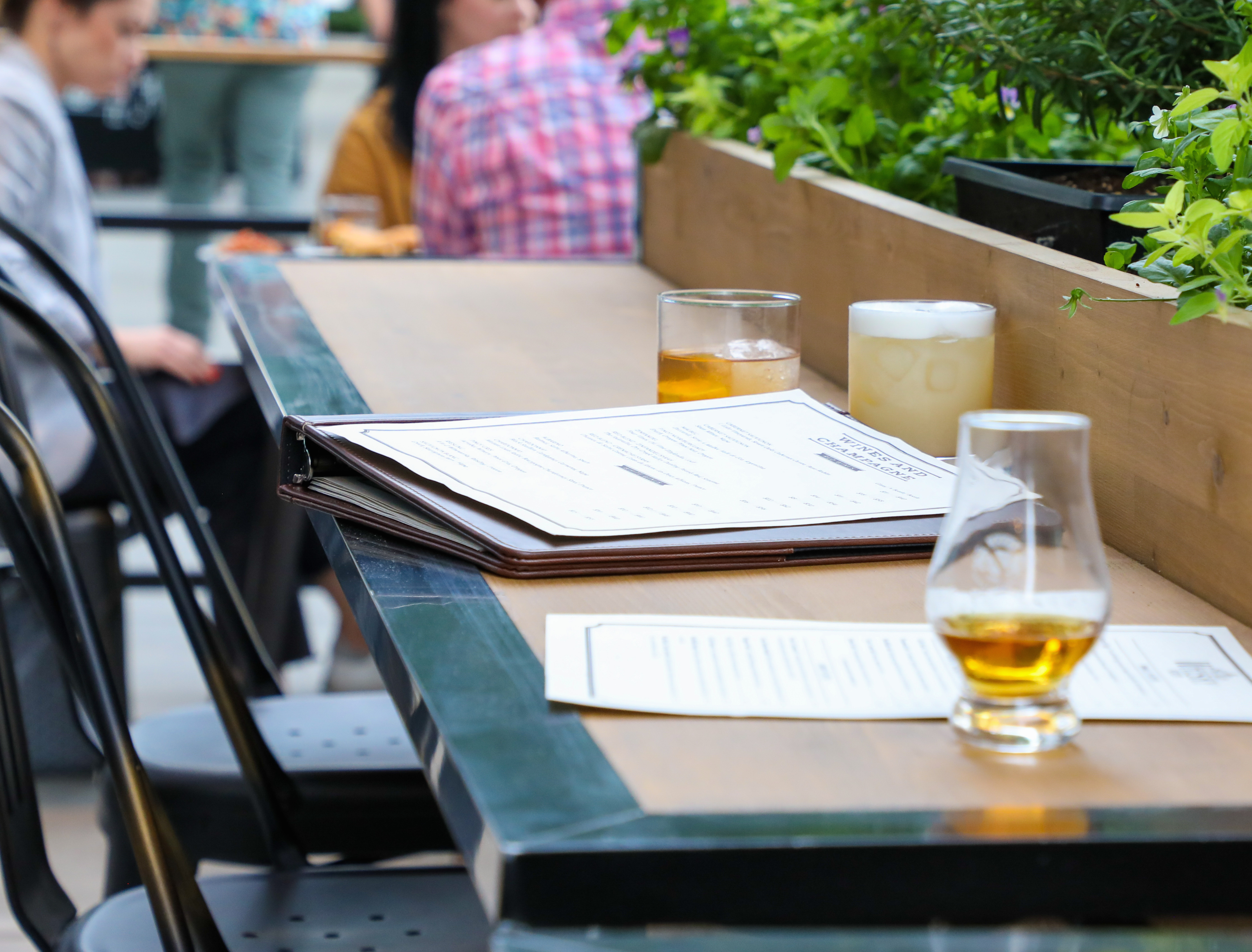 All told, the bar stocks more than 200 varieties of Scotch, bourbon, whiskey, tequila, gin and other spirits. If flights or straight pours aren’t your thing, the menu also includes a fine selection of cocktails, from a light and frothy whiskey sour to a sweet and smooth Old-Fashioned.

MacMillan doesn’t make any spirits on site, but its barkeeps do engage in some barrel-aging, Anderson says, and they create infusions using ingredients from an outdoor herb garden. There’s also a small outdoor bar. The food menu offers a mix of U.K. standards (bangers and mash, Scotch eggs) and traditional pub fare.

For Anderson, MacMillan has a clear mission:

“There is an appeal and a need for going back to the classics, not so much the speakeasy vibe, but just a comfortable lounge setting,” he says. “We’re the place where if you want a classic cocktail made the classic way, you’ll get it that way every time.” 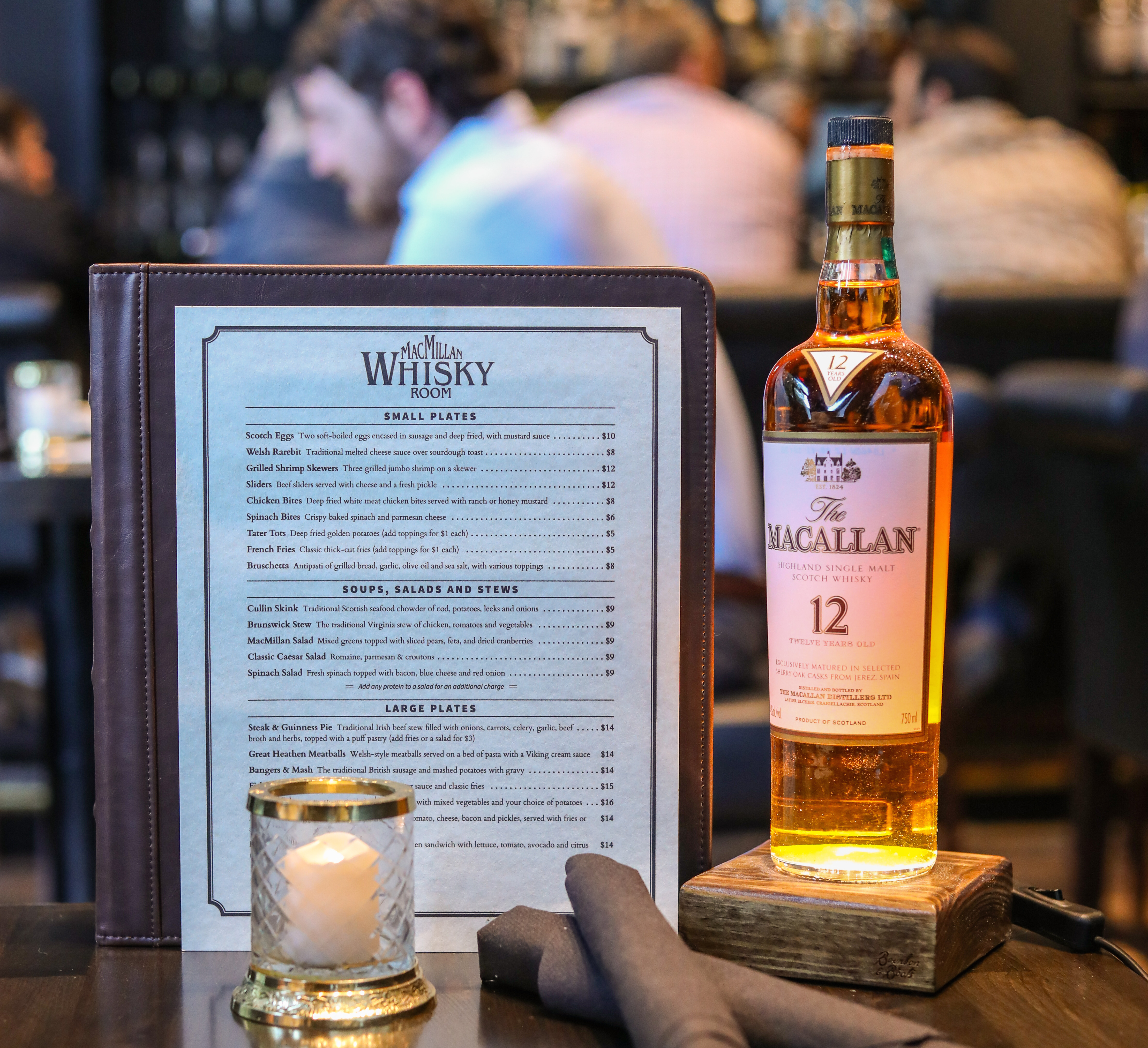