Merrifield’s Mosaic District seems to have a steady rotation of empty storefronts—ghosts of independent retailers that have left too soon for my liking. Perhaps recognizing this reality, Mosaic has introduced a pop-up shop showcasing four small-batch designers that’s meant to be temporary. Sophie Blake, a standout jewelry designer who moved from New York to Virginia in 2013, is joined by friend and fellow designer Erika Schrieber, a women’s clothier based in New York. The pop-up was originally intended to last through September, but word is that they recently extended their lease and will now be at Mosaic at least through spring 2016. 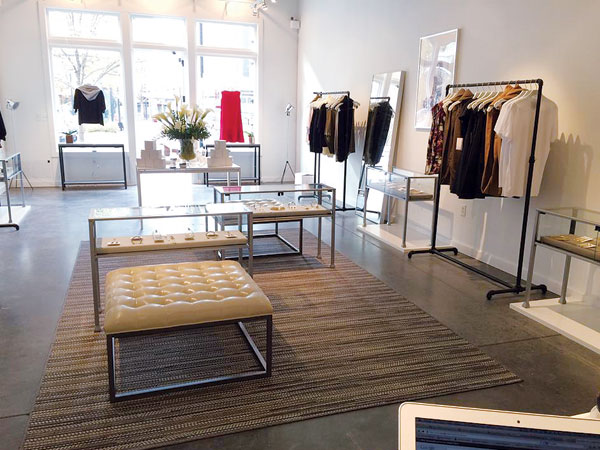 The clean, light-filled space features sculptural jewelry (which Blake describes as “classic with an edge”) along with tops, skirts and dresses that are “versatile enough to act as a canvas, but also special enough in silhouette that they can stand alone,” according to Schrieber. Both lines feel distinctly modern and include pieces that can transition from day to evening. 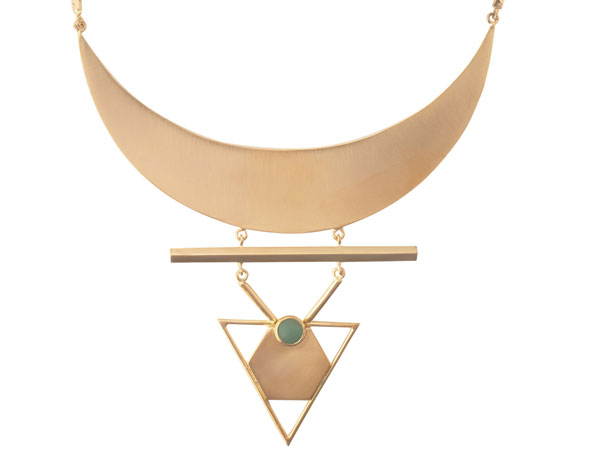 Rounding out the boutique are two beauty brands. Finding Ferdinand is a lipstick collection from New York designer Nhu Le, whose line includes high-pigment “starter kit” lip palettes, as well as a custom-mix, in-store lipstick bar to help you find your perfect shade (you even get to name your color!). Nomaterra is a roster of men’s and women’s fragrances by husband-and-wife team (and former chemists) Aggie and Ben Burnett. The scents were inspired by the couple’s travels around the United States.

Did I mention that everything in the store is both designed and made in the USA? The very nature of this store is ephemeral—so catch it before it disappears.