Student-grown cafeteria food, engineering for girls, and a new world record in McLean. 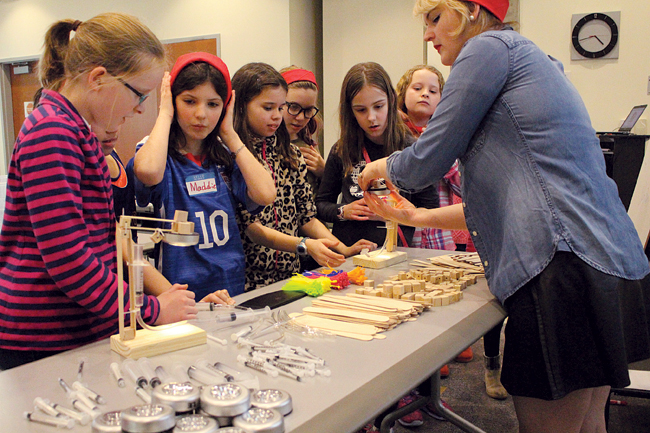 Tinkering and experimenting are the order of the day at one of Arlington’s newest nonprofits. Rosie Riveters is a free after-school program that allows girls ages 4 to 14 to get their hands dirty with science experiments, such as making a ballerina spin with a homemade motor. Participants also get to meet actual scientists like Laura Smith-Velazquez, an engineer, pilot and semifinalist for a mission to Mars. It’s all about giving girls “the confidence to try,” says spokesperson Suzette Haygood. “If an experiment didn’t work out, try again, and you’ll get it eventually.” The program returns in October with sessions at the Cherrydale, Westover and Central branches of the Arlington Public Library. www.rosieriveters.com 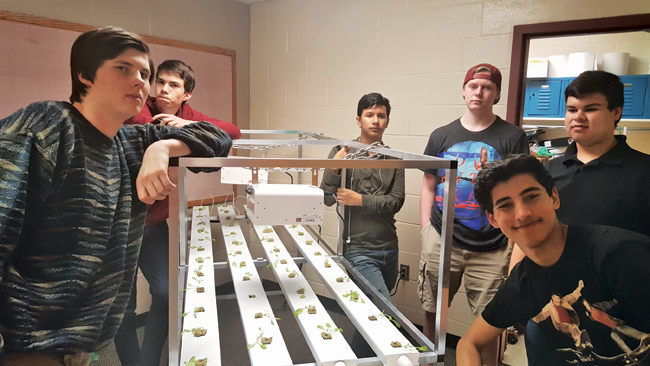 If you buy tilapia from a Falls Church market this fall, it may come from an unlikely place—the biology lab at George Mason High School. Last year, teachers Jamie Lahy and Peter Mecca began helping students to grow their own food, starting with hydroponic lettuce raised in nutrient-rich water. “We were talking a lot [in the classroom] about sustainability,” says Lahy, “and growing organic food is very green-oriented.”

Students built the hydroponics system themselves and finished up the 2015-2016 school year by inviting guests to a salad (and pizza) party featuring their harvest of some 12 pounds of greens.
Since then, the food-growing operation has become a small enterprise. Student growers are now selling their yield—which includes Boston, butter and red lettuce—to Richard Kane, food service director for Falls Church City Public Schools, for use in school lunches. The next batch of lettuce should hit the cafeterias of George Mason High and Mary Ellen Henderson Middle School by late September. “I’m all about fresh food,” says Kane, “and you can’t get any fresher than if you grow it yourself.” 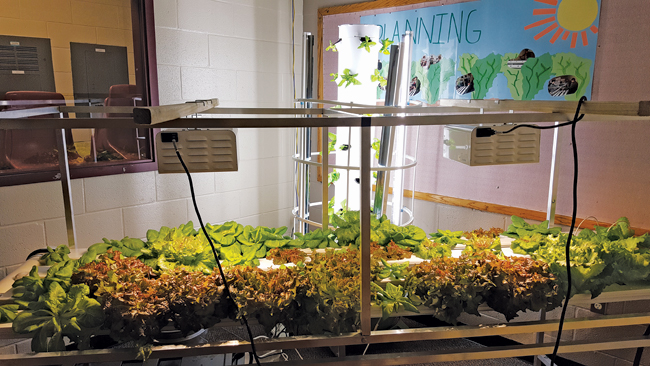 Meanwhile, a 350-gallon tank at the high school (“it almost looks like a hot tub,” says Lahy) soon will be home to about 50 tilapia fingerlings. It will take the fish about three months to grow large enough to sell, at which point students hope to begin selling their tilapia to local markets. The program was kick-started with a Falls Church Education Foundation Super Grant, but organizers say the goal is to make it self-supporting, both financially and nutritionally. 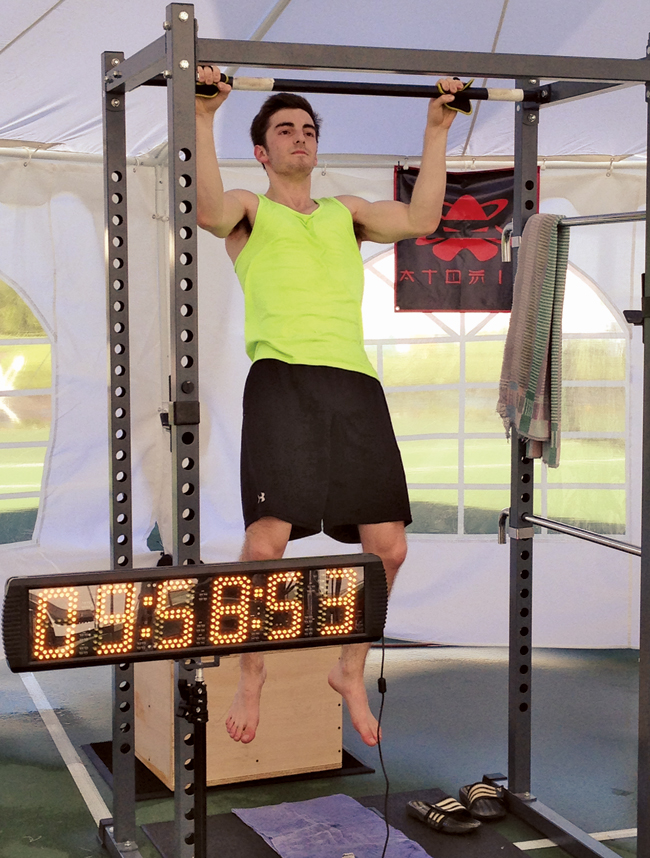 What happens when you do 7,306 pullups in 24 hours? Andrew Shapiro, a rising senior at Langley High School, found out when he shattered the pull-ups world record in May. In short order, he raised more than $7,000 for cancer research, got his name in Guinness World Records and saw his fingernails turn purple from the beating they took.

When Shapiro started his training seven months earlier, he “could only do 10 per minute for about 20 minutes,” he says. “Then I built up from there.” The 17-year-old set new world records for most pullups in six hours (3,515) and in 12 hours (5,742), before breaking the 24-hour record. Shapiro performed his feat at Relay for Life of Langley-McLean, a fundraiser for the American Cancer Society. Donations are being accepted through Aug. 31 at www.relayforlife.org/langleymcleanVA. 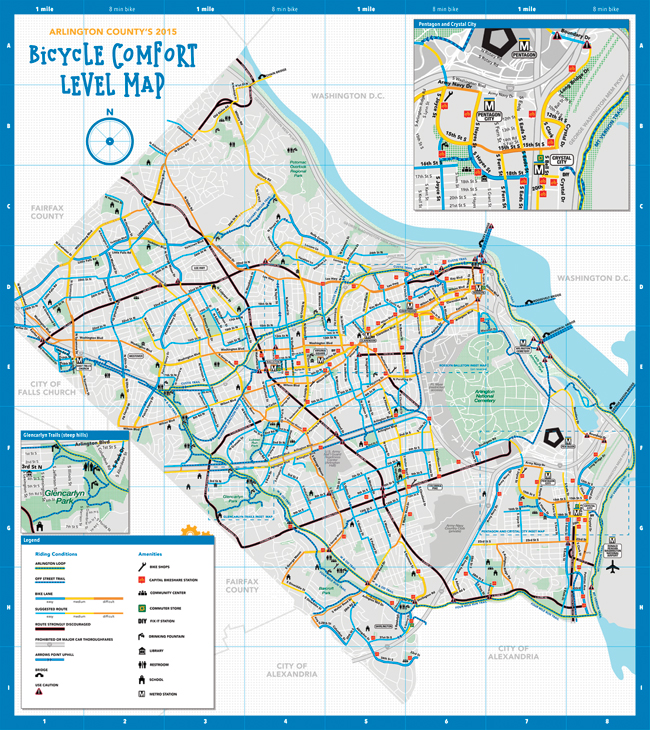 BikeArlington is really bad at keeping secrets. In 2015, the agency, housed under Arlington’s Department of Environmental Services, collected more than 1,000 insider tips from area cyclists to create the region’s first Bicycle Comfort Level Map, which uses color-coding to show the most low-stress routes to ride around the county. A revised edition, scheduled to hit the website in September, includes an updated map with hundreds of additional hints on avoiding streets with heavy traffic or busy intersections.

BikeArlington Director Henry Dunbar, who rides his bike from his home in Douglas Park to his office in Rosslyn every weekday, recommends that weekend newbies start off with the 17-mile Arlington Loop. “For people who are just getting into riding, [the length] is a challenge,” he says. “But you can do the whole thing without having to ride on any streets.” The map is available at www.bikearlington.com. 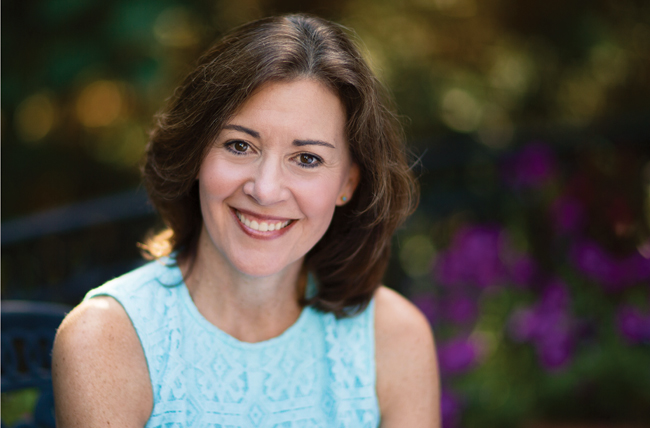 What’s the book about? It’s set in 1982-1983, one year after the main characters, Cath and Scott, have graduated from high school. Cath goes to college while Scott stays home. It’s really the story of their friendship throughout Cath’s first year of college and how that relationship endures through their very different experiences. There are a lot of music references from the time … Elvis Costello, the English Beat, Squeeze, Prince, The Pretenders.

How do you write a novel with someone else? It took us a little over three years to actually write it because we’re both practicing law. The novel is written as an exchange of letters between the characters. I wrote the Cath letters and Michael wrote the Scott letters. So if one of us was really busy in our other life, there might be a significant lapse in time between when we would swap letters. Neither of us could write ahead without receiving the next letter because we didn’t really have the storyline tightly mapped out.

Are there a lot of attorneys out there who secretly want to be novelists? I think that most attorneys do love writing. So yes, I think there probably are!