Public art in Courthouse, a McLean author's movie deal and a guide to Arlington's African-American heritage. Is it public art, a handy bench or a giant, twisted stiletto heel? All of the above, says artist Vivian Beer, who designed and built the whimsical sheet metal sculpture that now wraps around the façade of the Hyatt Place Hotel near Courthouse Plaza: “I definitely wanted it to be fun.”

A recent winner on the HGTV show Ellen’s Design Challenge, Beer was renting an apartment in Rosslyn when she got the commission for the installation (title: Dressed Up and Pinned). A New Hampshire native, she had come to the D.C. area as a Smithsonian artist research fellow at the National Air and Space Museum, where she spent two months researching the design history of aeronautics and aerodynamics.

The bench, she says, is “inspired not only by fashion but also by aeronautical design…I wanted to make a bench that looks like it’s taking off.” Stop on by and give it a test drive. www.vivianbeer.com 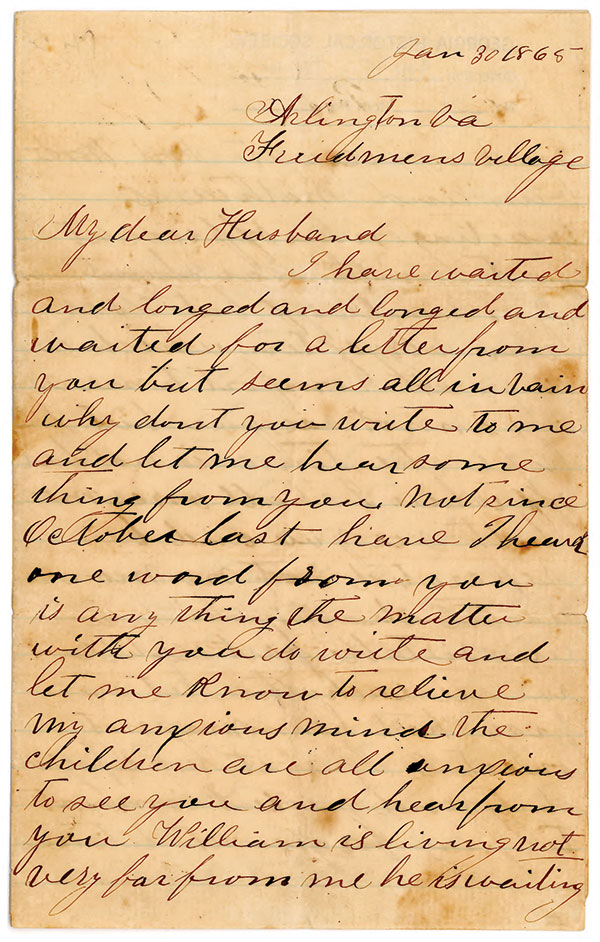 Courtesy of Library of Georgia

Love and Other Stories

Ann Butler’s letter to her husband, William, a black private in the Union Army, was found on a battlefield next to a dead soldier. The Army informed Ann that her husband had been killed, but miraculously, he turned out to be alive in a Confederate prison. After the war ended, William returned to Arlington, and the Butlers built a house at 2407 Second St. South that still stands today.

You can read Ann Butler’s letter—and admire her beautiful handwriting—in a new book, A Guide to the African American Heritage of Arlington County, Virginia, by county historic preservation planner John Liebertz. Filled with period photographs, aerial maps and original documents, the book chronicles the history of neighborhoods such as Nauck, Hall’s Hill-Highview Park and Arlington View as well as key historic events, from emancipation to the desegregation of Arlington’s schools. Download it for free at newsroom.arlingtonva.us/release/african-american-history-arlington-county/. 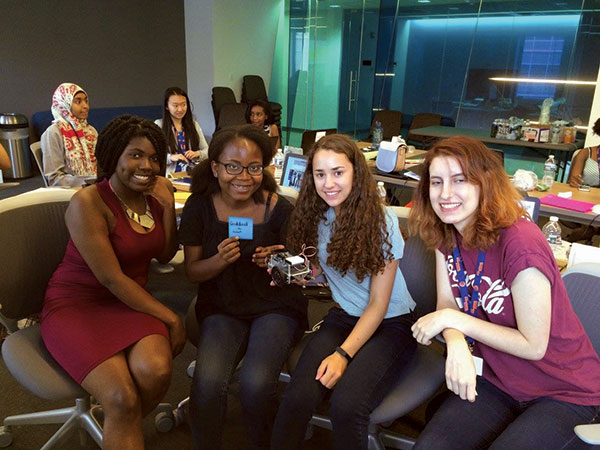 Brancati (second from right) and fellow coders show off their robot. Courtesy photo

Laura Brancati isn’t afraid of failure. Rather, the Washington-Lee High School junior says she has come to view each little setback as a pathway to success. Brancati is a recent graduate of our area’s first Girls Who Code immersion class, a nonprofit summer program designed to pique girls’ interest in tech careers—largely by giving them the freedom to tinker and make mistakes. “We really did create an environment where we would not have to be perfect all the time,” she says. Over the course of seven weeks, Brancati learned Python, JavaScript and robotics and was especially inspired by field trips to area workplaces, including the D.C. office of data analytics firm Palantir and the Crystal City tech incubator 1776. “I could see [that] maybe this is what I could do,” says the teen. For her final project, Brancati helped create a website to teach people about water quality. girlswhocode.com 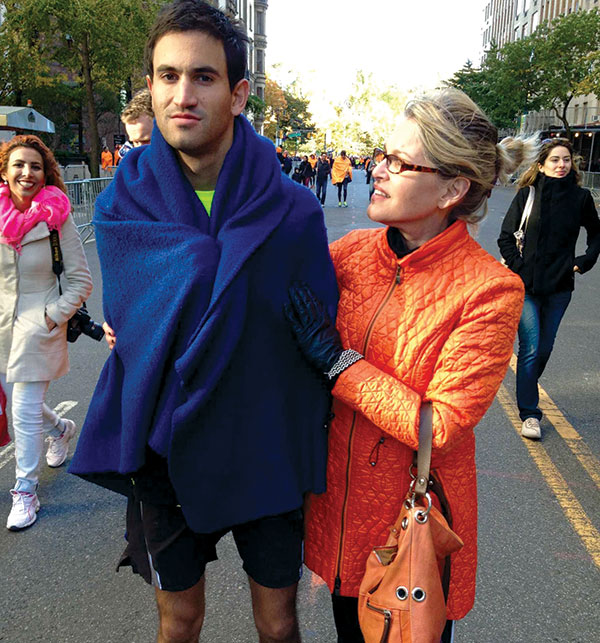 The author with her son upon his completion of the New York City Marathon. Courtesy photo

“I was floored by it. I put the phone down and I screamed.” That’s how McLean author Glen Finland describes her reaction upon receiving news that her 2013 memoir, Next Stop, had been optioned for a movie by the independent film company Reno Productions. In the book, Finland describes the summer she spent teaching her son David, who has autism, to ride the Washington Metro. Once David was able to commute by himself, he landed a job as an usher at Nationals Park.

The film, which is slated to begin development in 2017, will use New York as the backdrop instead of D.C., but otherwise the heart of the story will stay the same. “This is not Rain Man,” says the author, a former TV news reporter, noting that the 1988 film starring Dustin Hoffman painted a portrait of autism that is not always accurate and certainly not universal.

Did you know that there is one mental health professional for every 100 people in Falls Church City? Or that only slightly more than half (54 percent) of Arlingtonians drive to work alone? Data geeks will find these and other interesting tidbits in the annual county health rankings compiled by the Robert Wood Johnson Foundation.

The latest report, released this fall, includes several doses of good news for the areas we call home. For example, Falls Church City ranks No. 1 statewide for access to health care and for social and economic factors such as low unemployment and its abundance of social networks (which include everything from business, civic and faith-based groups to sports leagues).

Arlington earns top marks for its physical environment, including air and water quality, and its comparatively low-carbon commuting habits. The county ranks second in the state (after Fairfax County) for healthy behaviors, with a nod to its relatively low rates of food insecurity and couch-potato syndrome.

And our vices? Alcohol consumption is a popular pastime in both locales. www.countyhealthrankings.org