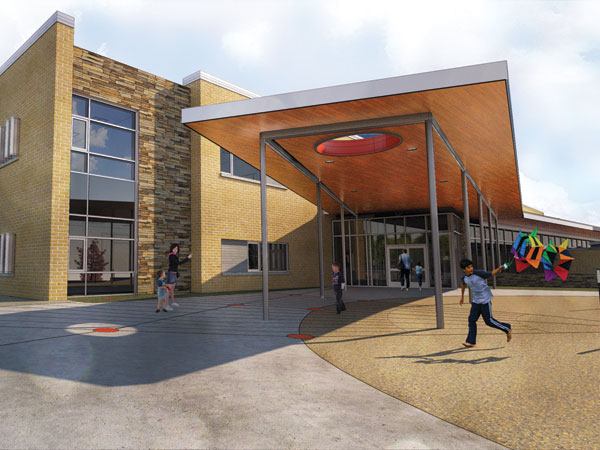 Renderings of the new Discovery School; courtesy of VMDO Architects

John Glenn, the first American to orbit the Earth, used to live across the street from the spot now occupied by Arlington’s Discovery Elementary School. So it makes sense that the facility, which shares a campus with Williamsburg Middle, is named for the shuttle Glenn rode on his triumphant return to space in 1998. And yet the county’s newest elementary school looks more to the future than the past.

Scheduled to officially open its doors on Sept. 8, Discovery School is expected to become the first net-zero-energy school in Virginia, with high-tech features including 2,000 solar panels, all LED lighting and a geothermal well field that heats and cools the building. “The project’s energy goal is to use no more than one-third the energy of the average elementary school,” according to VMDO Architects, which designed the 98,000-square-foot building to accommodate more than 600 pre-kindergarten through fifth-grade students. 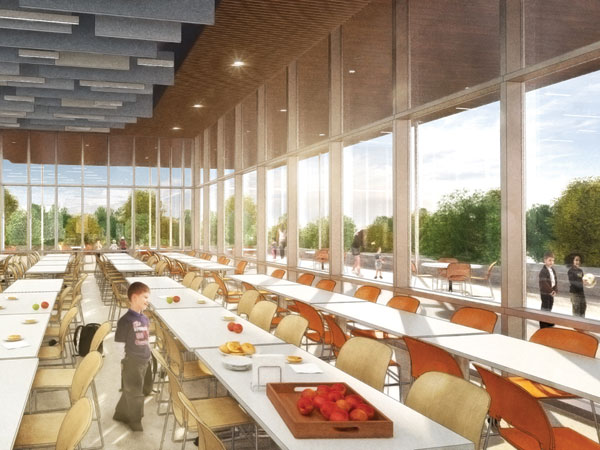 Renderings of the new Discovery School; courtesy of VMDO Architects

Discovery Principal Erin Russo says the green building will be more than a place to learn; its design will become part of the curriculum itself. “We’re hoping to teach the students to be good stewards for the environment,” Russo says. “The most exciting part is building the community.”

Claude Moore Colonial Farm (1771.org) is working to save a rare creature from extinction—one that snuffles, oinks and likes to meet visitors. The animal is the Ossabaw Island hog, a domestic breed that’s listed as critically endangered because modern farmers no longer raise them. 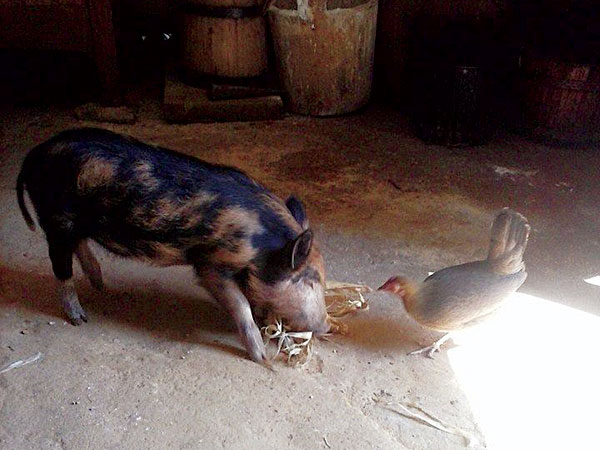 According to Lisa Berray, the farm’s livestock manager, the hogs were first brought to the New World by Spanish explorers who released them on Ossabaw Island off the Georgia coast. For early Virginia farms (like the 18th-century operation that Claude Moore is designed to replicate), they were highly practical pigs. “You could just let them out into the woods and they would find acorns and roots to eat,” Berray says. Currently, Claude Moore is home to 14 of the rare swine.

Upon her first introduction, Berray remembers being “astounded at how smart they were.” But her love for the breed was cemented when she got to raise a runt piglet (whom she named Piggin, after the Colonial term for a water ladle) that needed bottle-feeding.

Today, Piggin spends his days greeting visitors and being trained to serve as an ambassador for his vanishing breed. Although he hasn’t yet mastered the tricks that Colonial-era “learned pigs” performed at fairs (such as counting), Piggin has learned to come, sit and stay. Especially when treats are involved.

Who better to compile a Zagat-style guide to Arlington’s 70 playgrounds than a family named Park? Over the summer, Lyon Village dad H.K. Park and his two kids (daughter Avery, 9, and son Spencer, 6) zoomed down zip lines, scoped out swings and cast a critical eye on the picnic tables at every last county-owned play space. The result is a self-published guide that rates every Arlington playground on a scale of 1 to 5 stars. 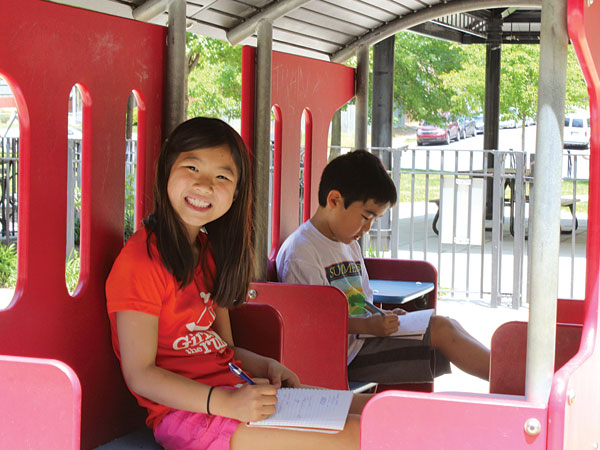 Though Park contributed photos of each playground, his kids did all the writing, including reviews of their Top 5. “It’s a book by kids, for kids,” says the dad. “They’re writing comments like, ‘This place has an amazing slide,’ or ‘This place is boring.’ ”

Which playgrounds get the thumbs-up? Although the final ratings remained a secret at press time, it’s rumored that Fort Barnard Park on South Pollard Street, which features a climbing wall, rope pyramid and tube slide, may be crowned the best overall playground in Arlington. Look for the guide at your nearest library or email hkpark100@hotmail.com.

“We’re not exactly the center of the mariachi universe,” says Daniel Sheehy, a virtuoso who plays trumpet, vihuela and guitarron. Nevertheless, the musician has made his Falls Church home the headquarters of Mariachi Los Amigos (www.mariachilosamigos.com), the area’s oldest mariachi ensemble, for 29 years. 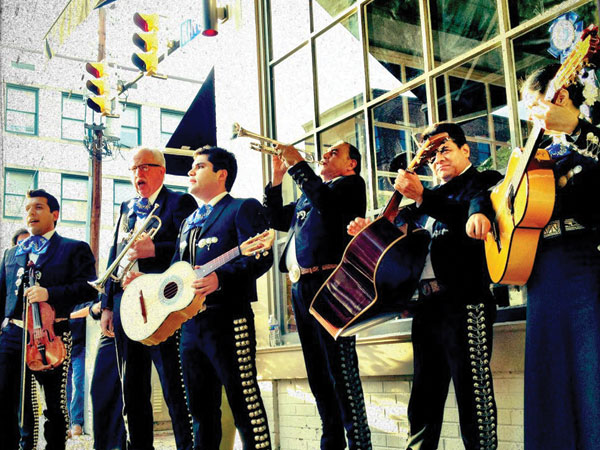 “I worked my way through grad school playing mariachi music, and that’s how I got hooked,” says Sheehy, who eventually earned a Ph.D. in ethnomusicology and now serves as the director of Smithsonian Folkways Recordings in Washington, D.C.

The eight-member group recently scored a Cinco de Mayo gig at the White House, but can be found most often at local weddings, baptisms and quinceañeras. Its next public performance takes place at the Manassas Latino Festival on Sept. 27.

There were musicals, mockumentaries, animated shorts and silent films. The 70 movies that lit up the big screen at the Arlington Student Filmfest in June ran the gamut of genres, from Al Capone Does My Homework to Nosfera2: King of Rats and Blipblap’s Guide to Things! 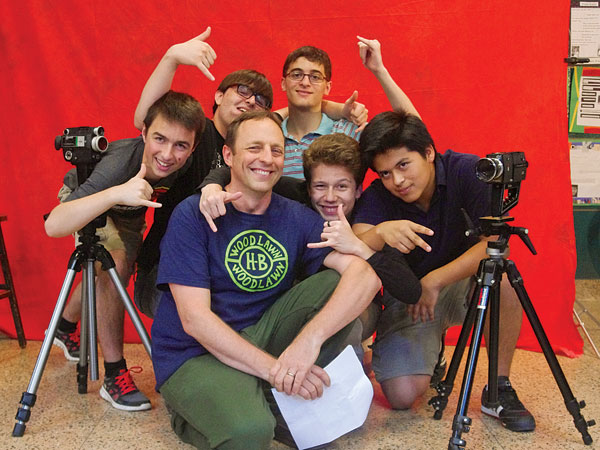 Now in its third year, the festival is the brainchild of H-B Woodlawn film and theater teacher Tom Mallan, who wanted to create an outlet for students who love making movies. “Kids perform a lot better when there’s an audience,” he says, “and the promise of showing a film to an audience of strangers really motivates them.”

The festival is growing up fast, as entries have tripled over the last three years. This year, 123 films from 18 schools vied for awards, and the filmmakers included elementary, middle and high school students. The list of winners and some films are posted on the festival’s Facebook page (www.facebook.com/arlingtonstudentfilmfest). Most others can be located by title on YouTube.

“It’s like seeing a unicorn, or a celebrity!” That’s how Emma Kiser describes the various reactions of people who’ve spotted the tiny house on wheels that’s slowly taking shape next to her father’s home near Bishop O’Connell High School. 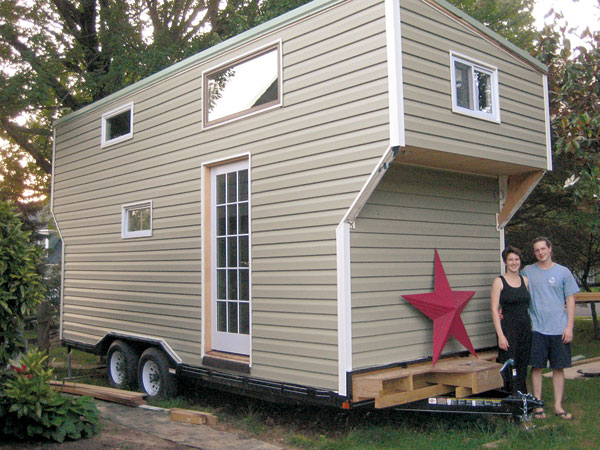 Emma Kiser and Alexor More with their tiny house

Kiser and her partner, Alexor Moore, are building a wee plan of their own design that includes an open lower level, a bathroom hidden behind a curtain and two lofts. Upon its completion, they plan to move the 192-square-foot structure to Capon Bridge, West Virginia, where Moore works as an artisanal butcher. “A dozen people from the neighborhood have stopped by and told me they have tiny house dreams, too,” says

Kiser, who kept costs down by shopping on Craigslist, where she scored two sets of French doors for only $150.

She estimates the final price tag will total less than $10,000—partly because neighbors have loaned them tools and donated supplies. “When people heard we’re doing this,” she says, “they just came out of the woodwork to help.”