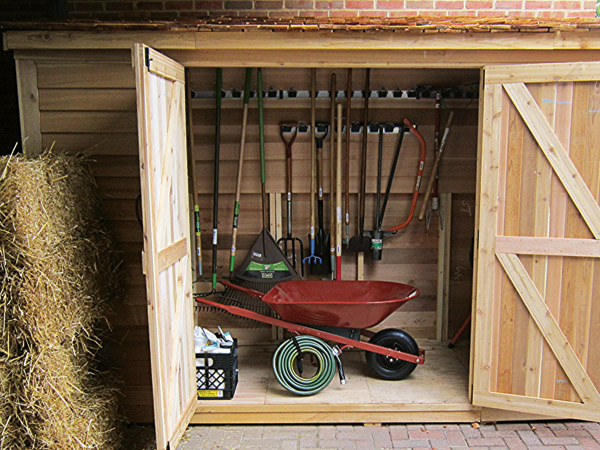 If it’s never occurred to you to stop by the library for a manure fork, a cuttle-fish hoe or a shiny red wheelbarrow, then you’ve never visited the garden shed at the Arlington Central Library in Ballston. The tool lending program, which racked up more than 500 checkouts in 2015, opens in March for its second full year of operation. Housed in a shed that was donated and assembled by the Falls Church office of Case Design/Remodeling, the program is run by volunteers and includes tools that were either donated by local businesses or purchased at the monthly Civitan flea market. The collection has proved especially handy for apartment- and condo-dwellers who want to grow container gardens but don’t have storage space for equipment, notes Margaret Brown, the library’s Central Services division chief. Tools can be borrowed for a period of seven days, with one renewal. library.arlingtonva.us/programs/health-and-fitness/garden-tool-lending-program 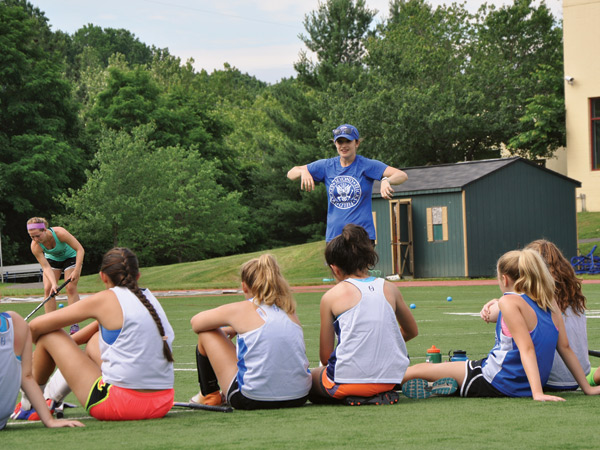 Chrissy Lewis Summers still remembers laughing out loud when she got her first paycheck for coaching field hockey at McLean’s Madeira School. “It was so much fun and I loved it. I thought, I can’t believe you can get paid to do this!”

Recently, though, she got to deposit a much bigger check—a $10,000 “Everyday Heroes” grant that she won on behalf of Beyond Sticks, the McLean-based organization she founded in 2011 to empower girls through sports. With its summer camp, clinics and club team, the nonprofit, which focuses mostly on field hockey, reaches some 700 girls a year.

A former Vassar College field hockey player who also coached for The Potomac School, Summers won the grant from Toyota and ESPN after representatives of the latter interviewed her for a supposed research project on helping girls succeed (in reality, the grilling was part of the contest). She says she plans to use the grant to expand her nonprofit’s outreach to at-risk teens.

“We believe it’s really important for girls to find their passion and feel self-confident through sports,” Summers says. “Then they can transfer those skills to other parts of their lives.” beyondsticks.com 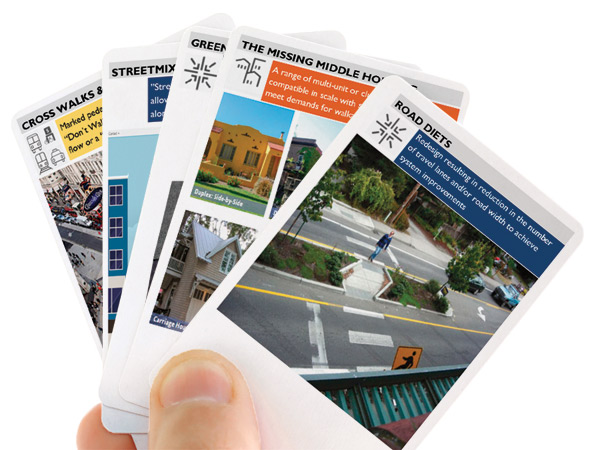 Love where you live? There may be an even better neighborhood in the cards, according to civic activist and game designer Lisa Nisenson. The Clarendon resident scored a hit last fall when she and a group of D.C.-area architects and planners co-created Cards Against Urbanity—an urban planning spoof of the popular game Cards Against Humanity. (In their version, a sentence such as, “My city’s latest economic plan includes____” might be completed with cheeky answers such as “cardboard classrooms” or “a desire named streetcar.”) Building on that success, Nisenson and friends recently launched a Kickstarter campaign to fund their latest project, City Design Method Cards. This time, the offering is a more constructive tool for drumming up civic engagement, with cards dipping into serious topics ranging from street design and infrastructure to driverless vehicles.

When it comes to urban planning, “all the tools we use in public meetings—like books and PowerPoint—are the worst,” Nisenson says, whereas card games are interactive, fun and easy to mix-and-match in group discussions. Though City Design Method Cards will be designed for use in any municipality, expansion packs will include cards that are location specific, she says. Meaning some cards (hello, Lee Highway) will be unique to Arlington. @CityDesignCards 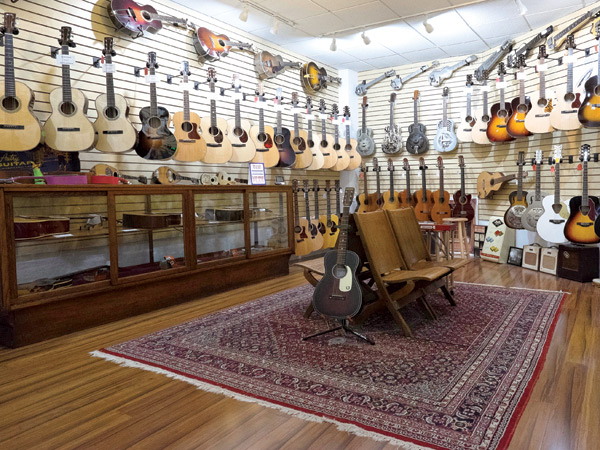 “Guitars are like puppies,” says Matt Baker, owner of Action Music in Falls Church City. “You don’t know what you’ve got till they’re about 3 years old. Used guitars are kind of settled and seasoned, and they’ve got some soul in them.” This love of used instruments shows at his retail and repair shop, where they make up more than half the inventory. Century-old mandolins line the walls next to old-school ukuleles, lap steel guitars from the 1930s and vintage Martin acoustics. Baker’s personal favorite is the guitar he plays onstage with his own band, El Quatro—a Fender Stratocaster that was produced on the day he was born. A former touring technician, he is also careful to stock the odd parts he often found himself searching for during his roadie days, including replacement vacuum tubes for amplifiers. His store faces the State Theatre, making it easy for touring musicians to find the place if they need a quick repair.  actionguitar.com 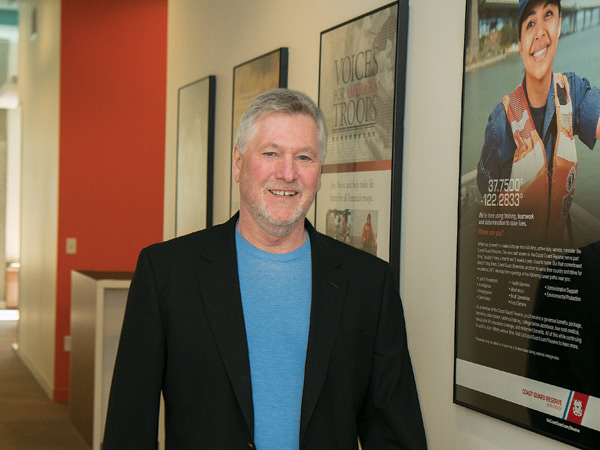 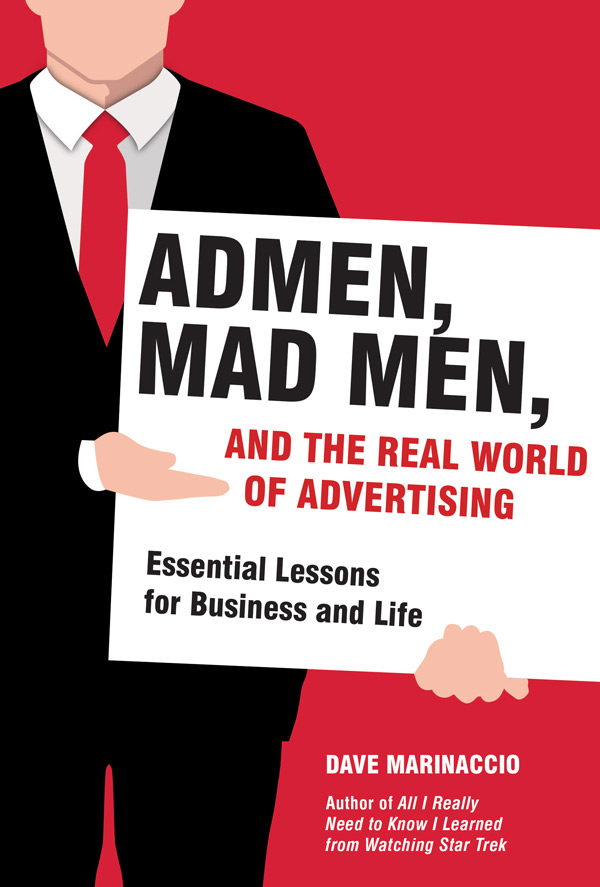 Four questions with Dave Marinaccio, co-founder and chief creative officer of Arlington-based LMO Advertising, and author of the new book Admen, Mad Men, and the Real World of Advertising:

How realistic was Mad Men?

The show got most of the advertising details right. One thing that was not realistic is that Don Draper would go into a meeting and present one idea. We always go in with four or five ideas. We don’t go into battle with a single bullet in our gun.

What about all the booze?

When I started my career in the mid-1970s, people had bars in their offices! The amount of drinking that went on was not exaggerated.

Sometimes there would also be a bowl of cigarettes in the middle of the conference room table. What are today’s perks?

Our office is at 1776 Wilson Boulevard, which is the greatest address in the world for someone with government and military clients. Also, employees can get off at the Courthouse Metro and walk downhill to work, then at the end of the day, walk downhill to the Rosslyn station to go home. It’s downhill both ways.

Any advice for career-seekers?

When you’re young, staying late is a better strategy than coming in early. I used to stay late and walk around to see who needed help. At 8 o’clock at night, people are willing to accept help from anyone. That’s how I got my very first ads published.  www.lmo.com/admen 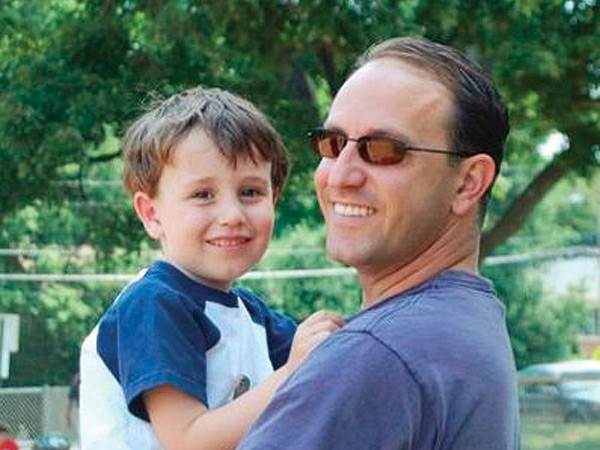 Occasional rainouts are unavoidable in outdoor sports, but scheduling makeup games can be rough in Arlington, where 22,000 kids share county grass fields with numerous adult leagues. With every drop of precipitation, the competition for field time intensifies. That’s why Tara-Leeway Heights resident John Foti is calling for more county-operated, multisport playing fields—specifically synthetic ones, which require less maintenance than natural grass and are less likely to be closed due to wet field conditions. “The fields could take more use if you made them synthetic turf,” contends Foti, who serves on the board of Arlington Babe Ruth baseball. On grass fields that endure constant use, the grass never has a chance to regenerate.

Last fall, Foti launched a petition that has since been signed by eight Arlington youth sports leagues representing soccer, football, baseball, softball and lacrosse programs. The petition asks the county to consider synthetic options for any new or renovated fields, and to investigate costs for a variety of synthetic “fill options,” including alternatives to crumb rubber, which recent news reports have suggested may be carcinogenic. arlingtonbaberuth.com/site/ClientSite/article/1489809