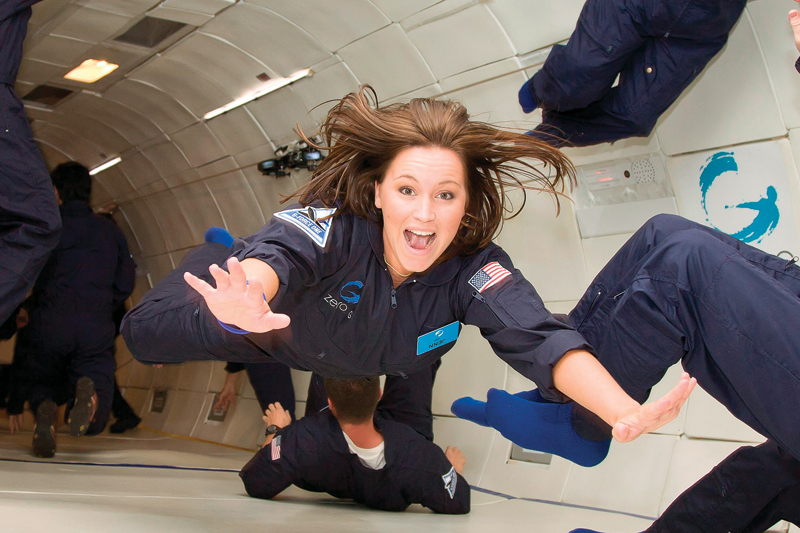 Ever dreamed of floating weightless like the astronauts on the International Space Station? For the low-low price of $4,950 per person, Arlington-based Zero Gravity Corp. offers that experience to civilians. The company flies its modified Boeing 727 in steep, roller-coaster-shaped arcs between 24,000 and 34,000 feet in altitude, and for 20 to 30 seconds, as the plane reaches the top of its arc, everything (and everyone) in the plane becomes weightless.

The next flight is scheduled for July 23 at Dulles International Airport, but according to Zero Gravity president Terese Brewster, who lives in Ballston, many of the seats have already been snapped up by daredevil customers. “Some are adrenaline junkies,” she says. “For a lot of people, it’s a bucket list item.”
Despite the rush—and the 1.8 G’s of force that passengers feel while the plane rises—Brewster says the flight is not strenuous. “We’ve had people from 8 to 93 years old,” she says, “and very few of them have gotten sick.” gozerog.com

The ancient art of tai chi is best performed outside, says Warren Conner, founder of D.C.’s T’ai Chi Chuan Qi Gong Center. Which is why, from April to October, Conner moves his free Saturday morning class to a basketball court in McLean Central Park. “We’re surrounded by trees, and the birds are singing,” he says. “The energy is very positive there.”

The 8 a.m. class, which is conducted silently, features continuous repetition of the beginner’s tai chi set. “It’s kind of like learning a song,” Conner explains. “You’re with a group of people who already know the song, so it’s easier to pick it up.” The class usually attracts about 40 people and lasts an hour. It’s followed by a stop at the nearby Chesapeake Bagel Bakery on Old Dominion Drive for bagels and coffee. taichicenter.com 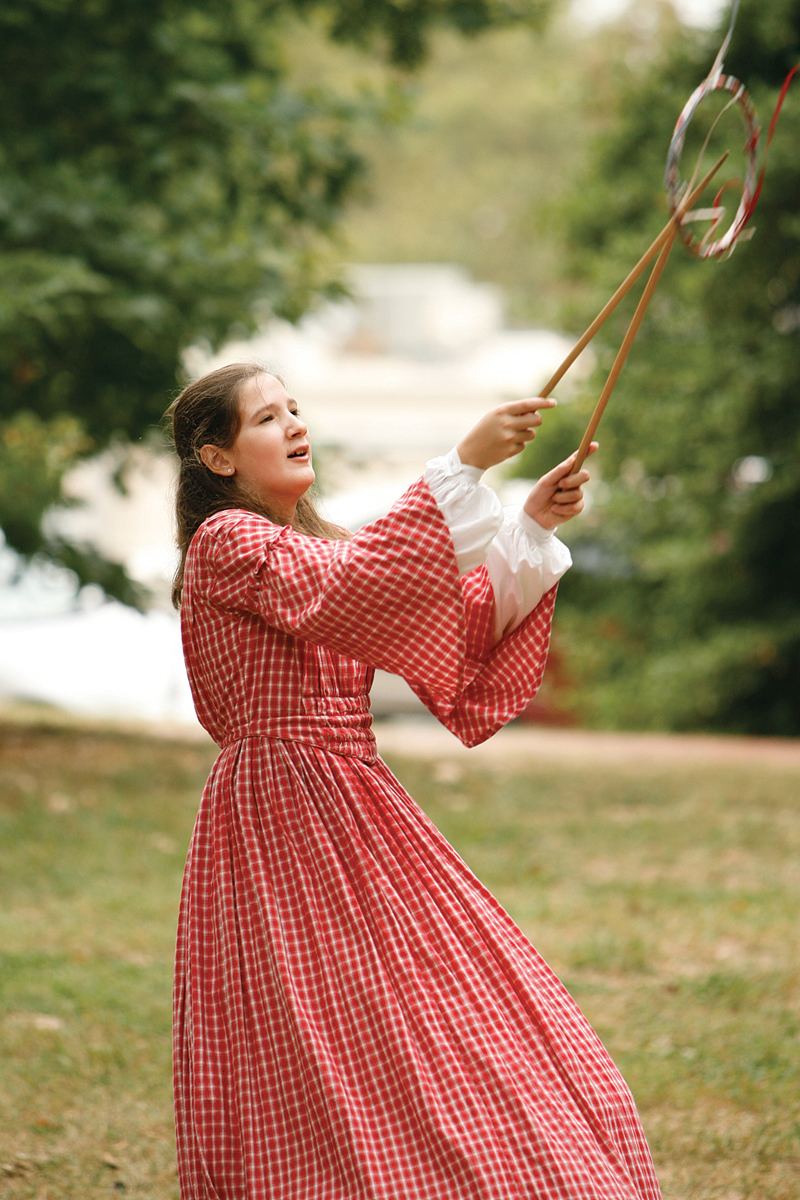 A camper plays the game of Graces at Cherry Hill’s immersive history camp. Photo by Gary Mester/Written In Light Photography

The immersive experience begins with campers donning clothes made popular between 1856 and 1868. During game time, players face off in Graces, a tricky contest of throwing and catching a hoop with two sticks. Practical lessons include baking cornbread and mixing up hardtack, a tough biscuit eaten by Civil War soldiers, although arts and humanities coordinator Corey Jannicelli warns, “It’s best to eat with honey or jam, since the food itself is fairly tasteless.”
Despite the recipe, “we have many of the same participants, year after year,” says Jannicelli, “because they love the program so much.” cherryhillfallschurch.org

The Arlington Children’s Chorus hit a new high in April when the group performed at the Kennedy Center in The Washington Ballet’s production of Carmina Burana. “It was really unique,” says artistic director Kevin Carr. “The kids were onstage and wore costumes.”

Carr, who teaches music at Glebe Elementary School, founded the chorus in 2010. “We’re kind of like a family,” he says. “It’s about [being with] people who have the same interests as you do, and this wonderful feeling for the arts.” The chorus, which is open to kids in grades 2-12, will soon star in a different kind of production at Nationals Park. They’re scheduled to belt out the pregame national anthem later this summer. arlingtonchildrenschorus.org 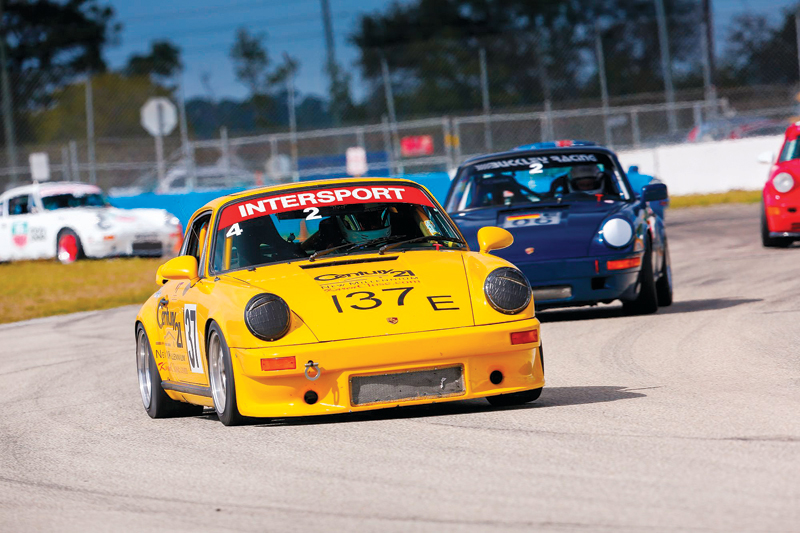 Evan Close, at a race in Sebring, Florida. Photo by Ken Hills.

How fast does Evan Close’s modified Porsche 911 go? “Probably 135 miles per hour tops,” says the Country Club Hills resident, “but racing is more about how fast you can drive through the corners.” Close should know. He was recently named the 2015 National Champion in his racing class by the Porsche Club of America.

The Porsche is a big step up from his first track car—a VW Golf that he bought in college—but you won’t see him driving it around the neighborhood. “The roll cage isn’t the right thing to be driving [in] without a helmet,” he explains. (The car’s specially engineered frame is designed to withstand a roll-over, but is unsafe for a driver without protective gear and a six-point harness.) Car racing is surprisingly physical, he adds. “I’m wearing a fire-retardant suit. It can get up to 120 degrees inside the car, from all the engine heat. I drink gallons of water after a race.” In September, he will compete against other drivers on the track in Summit Point, West Virginia. 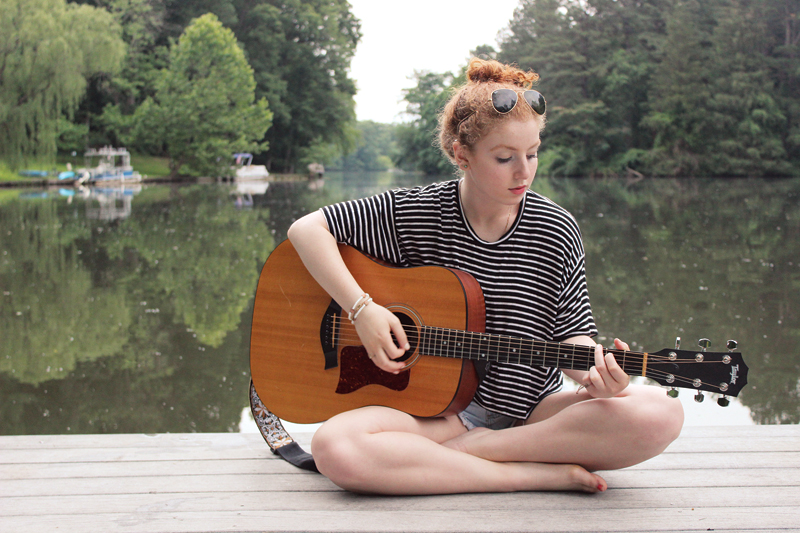 McLean resident Maddy Clark has been writing songs since she was 13. But the ballad that won the 18-year-old the title of “Best Young Songwriter” (and a $2,500 prize) at the 2016 Bernard/Ebb Songwriting Awards—a Bethesda-based program celebrating music makers in the DMV—was one she penned just last summer at a songwriting camp, where she was asked to write a song about the word dance. “I thought about how a dance is a great metaphor for a relationship,” she says, “and it came out really quickly, in 30 minutes.”

The contest’s $10,000 grand prize, meanwhile, went to Arlington-based guitarist and rock musician Justin Jones, who lives in Arlington Forest and runs his own contracting business. (He plays in a band, The Deadmen, but his winning song was from his solo act.) Jones was impressed by his younger counterpart, quipping, “I couldn’t have imagined getting on stage in front of 500 people when I was a teenager. I was embarrassed [to sing] in my closet.”
maddyclark.com, justin-jones.com