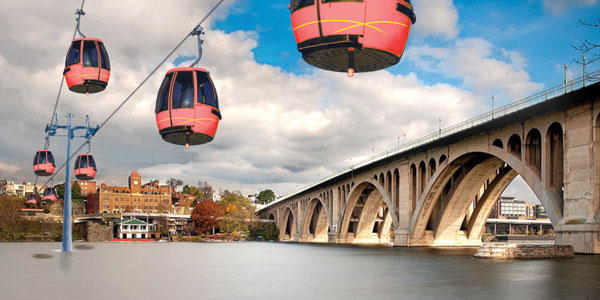 Imagine standing on the third floor of a Rosslyn high-rise, boarding a small cabin and being lifted high above the Potomac, where for three minutes you have a panoramic view of flying geese, rowers on the river and the traffic jams you’ve managed to avoid. That’s the vision of the Georgetown Business Improvement District (BID), which is raising funds to study the feasibility of a gondola lift connecting Rosslyn to Georgetown. More often associated with amusement parks and ski resorts, a gondola is comprised of small pods that typically seat four to 20 passengers each, attached to an overhead cable. Will Handsfield of the Georgetown BID says he’s confident organizers can raise the $200,000 needed to conduct the feasibility study this year (at press time, private supporters had already pledged $135,000). If green-lighted, the system would likely cost between $50 million and $60 million and could be built in as little as 12 months. 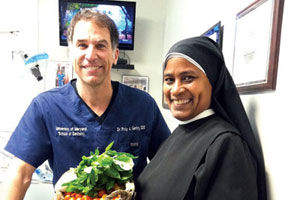 The first time a minivan full of nuns from Ohio pulled up in front of Philip Gentry’s dental office near the Courthouse Metro, he was a bit surprised. “We knew they were coming,” he says. “But we didn’t know all of them were going to come.” Gentry welcomed 10 sisters on that day in 2010, and he’s been treating them ever since.

It all started with an airplane flight, during which a fellow dentist in Gentry’s practice (Dr. Peter Neff, now retired) told the nun in the next seat what he did for a living. When she responded with a lament about her sore jaw, he offered to help for free. Soon after, the nuns made their first 280-mile road trip from Steubenville to Arlington for dental care. At first, Gentry says he asked only for prayers in lieu of payment. But Sisters Grace and Mary Peter have since been known to sweeten the deal with homegrown tomatoes, baskets of apples from their orchard, and brown-speckled eggs from the convent hens. 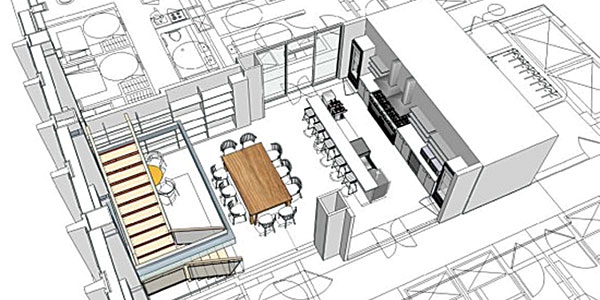 Over the summer, the Arlington County Board approved plans to convert a vacant Crystal City office building at 2221 South Clark St. into a 252-unit micro-apartment complex with an unusual lifestyle concept. In a nod to college living, each floor will feature shared living and kitchen spaces, as the units—some of which could measure 360 square feet or less—will be kitchenless. Targeting hip singles, transient workers and older people, the experimental project is a joint venture of Vornado/Charles E. Smith in partnership with WeWork, a company specializing in co-working office space. The first apartments are slated for delivery later this year. 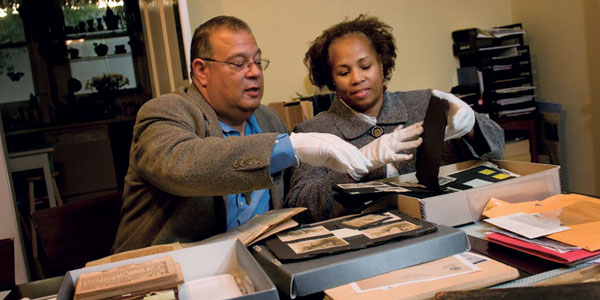 Edwin B. Henderson II and his wife, Nickie Graves Henderson

Did you know that the first rural branch of the NAACP was founded a century ago in Falls Church? The impetus for its formation was a town council proposal to create segregated districts, whereby African Americans who owned homes in the “whites only” district would be forced to sell their properties and move.

On Jan. 8, 1915, activists met at one such home—the endangered residence of Joseph Tinner—to strategize a response. A second meeting followed at the nearby home of Edwin B. Henderson, whose grandson, Edwin B. Henderson II, still lives there today.

Through a Library of Congress search, the younger Henderson recently found a letter his grandfather had written to NAACP co-founder W.E.B. Du Bois, inquiring about enrolling their group in the fledgling civil rights organization. To commemorate the 100th anniversary of the chapter’s formation, the Tinner Hill Historic Site was dedicated in January and is now welcoming visitors. The park is located at 106 Tinner Hill Road, next to the house where the original meeting took place. tinnerhill.org/about/history 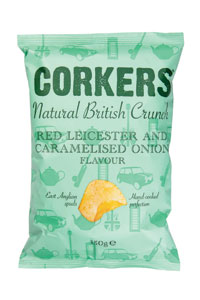 Where can Anglophiles get their fix of sausage-flavored crisps, Hobnob chocolate biscuits and Builders tea, all the while sporting a new ’do? At Brits on Broad in Falls Church City (926 West Broad St.), an eclectic salon offering hairstyling, massages and British imported goods. Co-owner and hairstylist Virginia Bowles, a native of Cornwall, dreamed up the idea with business partner Joan Van Steyn of Somerset and opened the salon in October 2012. Bowles admits sheepishly that she has never seen the Brit-bait drama Downton Abbey, but she plans to start importing candy from Port Isaac, the seaside village where her favorite U.K. series, Doc Martin, is filmed. www.britsonbroad.com 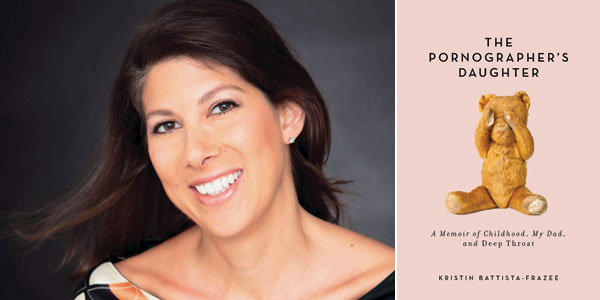 McLean resident Kristin Battista-Frazee was only 4 when her father—a college-educated stockbroker with an entrepreneurial streak—was indicted in 1974 by the federal government for distributing the infamous adult film Deep Throat to theaters in three states and then subsequently lost his job. Her mother, fearing that her husband might eventually serve jail time, became depressed and attempted suicide.

Though Battista-Frazee was shielded from these traumatic events as a child, she has since confronted her family skeletons in her new book, The Pornographer’s Daughter: A Memoir of Childhood, My Dad, and Deep Throat (Skyhorse Publishing, 2014). Exploring the fallout of her father’s controversial actions “really helped heal things that had not been spoken about in my family for a long time,” says the author, a wife and mother who has a master’s degree in social work. She stresses that the book is as much about her mom’s story as it is about her dad’s. “I think 40 years ago, if someone [attempted suicide], they were considered crazy or weak. My mother realized that she was really much stronger than she thought she was.”