Paint Your Cake and Eat It, Too 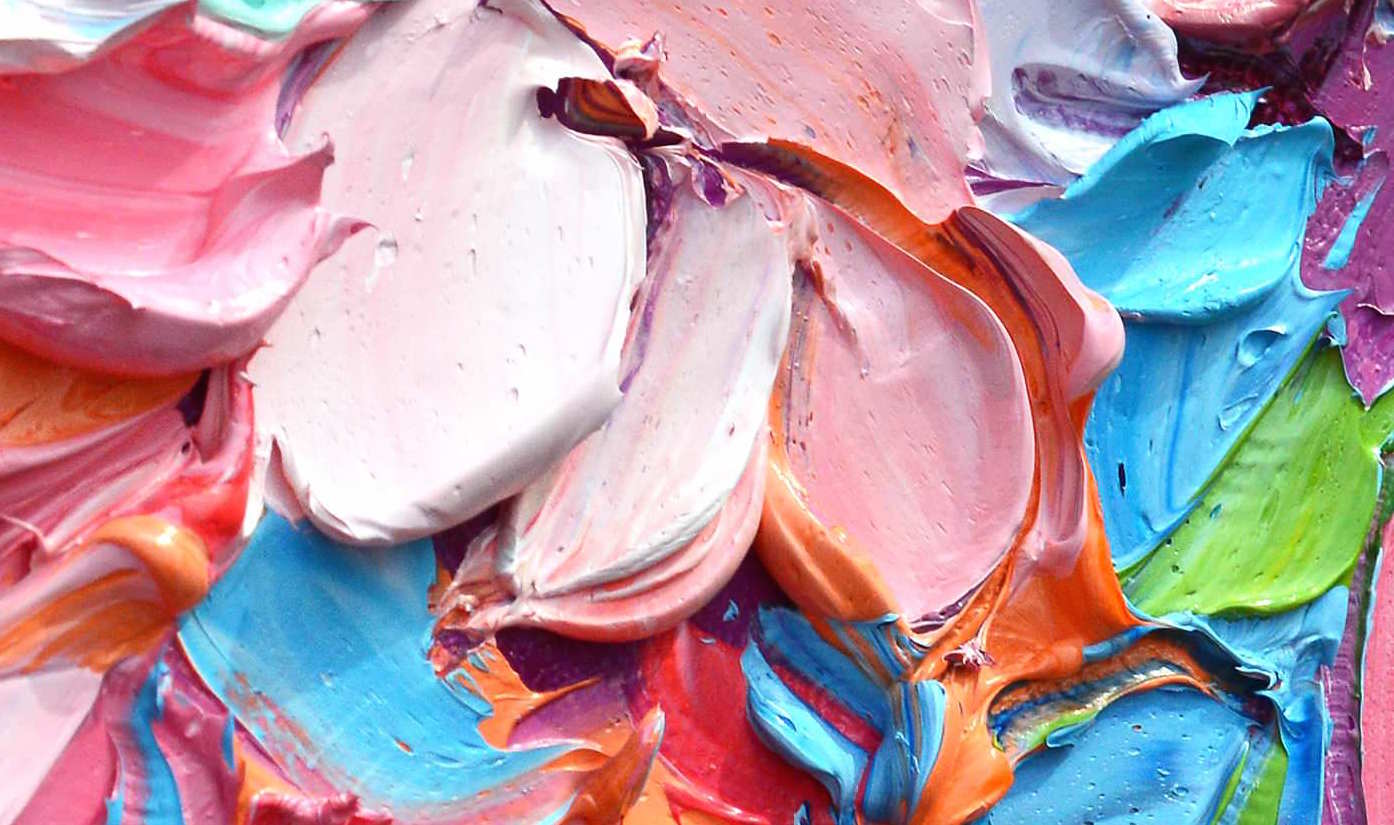 Move over, Wayne Thiebaud—Arlington artist Ann Marie Coolick paints cake, too. And it’s the kind you can actually eat.

Art on Cake, a new venture of D.C.’s Buttercream Bakeshop, auctions off custom cakes for a charitable cause, and each cake is adorned with the work of local fine artists, Coolick being the first. Last week, the first three auctioned cakes brought in nearly $500 for Project Create, a nonprofit providing arts enrichment to at-risk children in the District.

The visual-art-meets-culinary-art venture was baked up in a series of text messages between Coolick and Buttercream owner Tiffany MacIsaac, a pastry chef who is a five-year veteran of Neighborhood Restaurant Group and a three-time James Beard Award semifinalist. Coolick’s friend Deb Rubba had suggested she collaborate with a local bakery, given the frosting-like texture of her impasto paintings. In a somewhat Ferris Bueller’s Day Off–like exchange, Deb (a chef) then spoke to her husband Rob (also a chef and NRG alum), who spoke to MacIsaac (whom he knew from NRG), who reached out to Coolick.

Coolick’s “aesthetic seemed like such a natural fit and she was so enthusiastic about the opportunity,” MacIsaac said in an email. “It only made sense for her to kick off the Art on Cake series.”

MacIsaac’s Shaw bakery opened in 2016, although the venture got its start in 2014 out of MacIsaac’s Annandale home.

Coolick, 37, began working with oil paints in high school, but the Manassas native (now an Arlington resident) didn’t refine her approach to impasto until she was at Virginia Tech and, later, while serving as an artist in residence at the Arlington Arts Center. The technique, whose Italian root, impastare, roughly means “knead,” involves applying paint directly onto the canvas with a palette knife.

“It’s about the deconstruction of color and texture into its simplest forms,” the soft-spoken yet self-assured artist says on a Wednesday afternoon at an Arlington coffee shop. “It’s about appreciating the paint.” 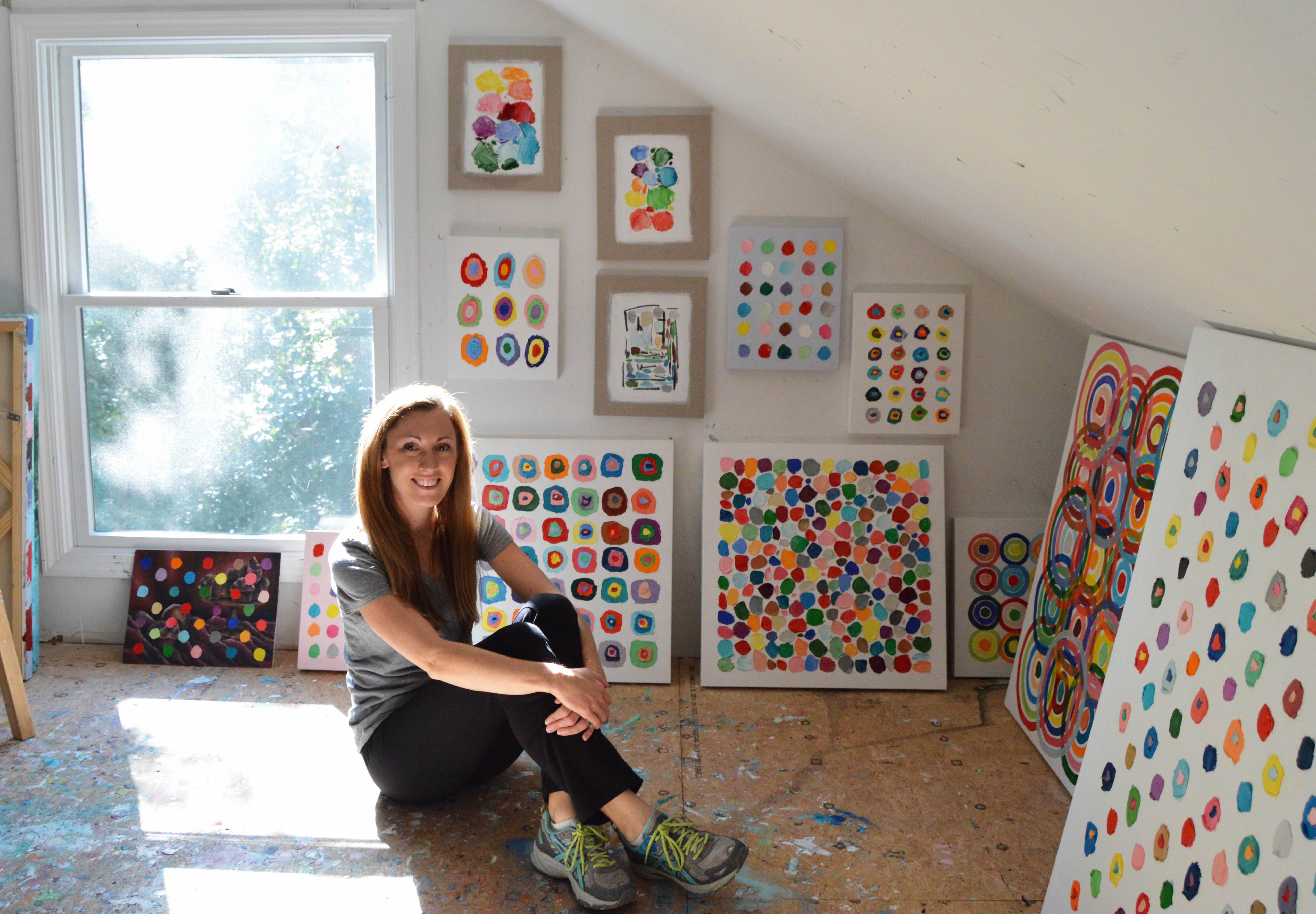 Japanese conceptual artist Yayoi Kusama, known for her fantastical installations, “joyful celebration of color” and fascination with dots, is one of Coolick’s biggest influences, she says. And though others have told Coolick that her dot work seems derivative of British painter Damien Hirst, the Arlington artist says she began creating rows of “polka daubs” (small, semi-flattened gobs of paint similar to polka dots) before seeing his work.

Coolick has had to defend her work more than once. When entertainment website Diply recently made a video compilation of her process that went viral, it brought new business but also a host of negative comments. In response, Coolick created a polka daub piece called “Say No to Trolls.”

“It was definitely new and kind of eye-opening that people out there are like that on the Internet,” says Coolick, who had not yet been subjected to the scrutiny and criticism that is now an unfortunate side-effect of publishing just about anything on the Internet.

The artist, who founded the East Coast Arts Collective, continues to show work with that guild of local artists, most recently at the Willow Street Gallery. This October, her work will appear at the Lyon Park Community Center in a benefit show for the Catherine Elizabeth Blair Memorial Foundation. The foundation was created by the parents of an Arlington girl who died of neuroblastoma, a cause that Coolick—a mother of three who lost a sibling to childhood cancer—says is “close to my heart.”

This Monday, Coolick, MacIsaac and Buttercream’s head decorator and partner Alexandra Mudry-Till will spend the better part of a day creating the charitable cakes, which will have four to five layers and come with the winners’ choice of frosting, filling and flavor. The three designs–cherry blossoms, hydrangeas and polka daubs—are still a bit of a work in progress, as Coolick has never actually used a cake as canvas. But to be ultra-prepared, she has a custom palette knife for the project ready to go.

She lays it on the table beside two palette knives she usually uses in her work and points out the similarities—just trade out the thick paint for some decadent frosting.