A Meditation on the Perils of Being Tall

Height has its advantages, sure. But I'd really like to stop whacking my head on stuff. 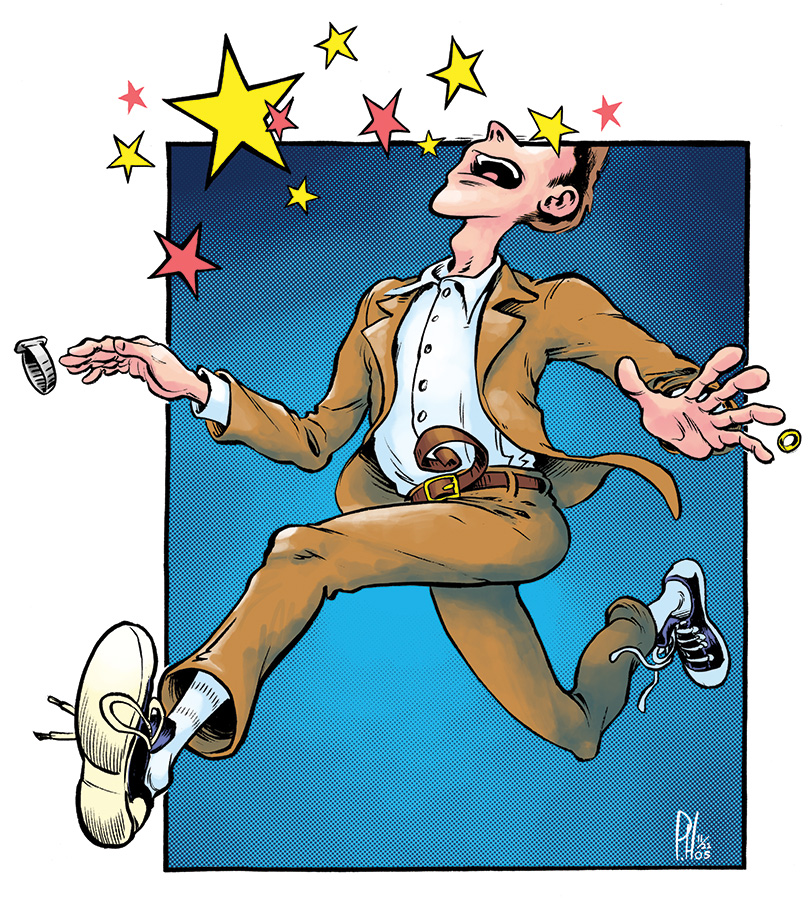 I honestly did see stars—just like a Looney Tunes character who takes a blow to the noggin and collapses in a daze, with stars and tweety-birds circling his head.

It happened back in 2000 when my wife and I were living in a two-room London flat. I was bounding through the doorway between our kitchen and living/dining/sleeping area, excited to tell her something and—wham!—I caught my head square on the lintel, staggered a few steps, then theatrically fell backward.

I’m 6-foot-4. People always ask me if I played basketball. Or “How’s the weather up there?” Economy airline seats are a menace.

To be sure, height does have its advantages. Rarely does anyone block my view at a concert or sporting event. And I have no trouble reaching that seldom-used dish relegated to the back of the highest shelf. But my stature poses hazards to my head.

I’ve sliced my scalp on an open cupboard at work. I regularly collide with our dining room chandelier when I get up from the table. Recently, I even managed to walk into a parking garage ventilation fan cage. (The cage did its job—the fan survived—but my forehead sprouted a prominent purple bump.)

Smacking one’s head is not a quiet event. The office cupboard incident made a loud enough sound that our administrative assistant was already getting out of her seat to check on me as I stumbled out of my office with blood streaming down the side of my head and asked her to call our medical staff.  Once I was stitched and bandaged up, I saw that the blood had stained my favorite shirt, so I stopped at the cleaners on the way home to drop it off. Did you know that when you bring heavily bloodstained clothing to a dry cleaner they are obligated to check in with the police? The things you find out when you are tall…

As for the London episode, that also made a nice, loud whack that horrified my wife. As I collapsed on the bed of our tiny flat, she feared for a moment that I might be dead. “Gangly American Male Loses Battle with Sturdy London Architecture,” the local dailies would say.

Though that mishap may have sacrificed a few brain cells, my wife was spared the horror of witnessing my demise. She is 5-foot-4, a full foot shorter than me, and cannot relate.

Head wounds aside, research indicates that tall people generally don’t live as long as their shorter fellow humans. One 2015 study, published in the Journals of Gerontology, concluded that being tall increases a man’s chances of dying earlier from any cause by 2.2%—and of cancer by 7%.

So what’s my height good for besides reaching high shelves? Faced with the possibility of an early death, I suppose it is some consolation that studies consistently show tall people are more often promoted, get paid more and have an easier time finding romantic partners compared with their shorter peers, unfair as that may be.

Shorter folk: If I could, I would gladly give some of my height to you. I don’t need to be this tall. Seeing as how I’m not playing basketball in the NBA—where 6-foot-4 is actually 2 inches below the average—I could definitely lose a few inches. The average American male is 5-foot-9½.

If only I could trade some of that vertical for muscle. Despite my lifelong efforts in the gym, I’ve never had the gift of broad shoulders, and I’ve never been able to do more than a dozen perfect push-ups, if that.

As a teenager, I avoided going shirtless at the pool or the beach. Show off my “guns”? These skinny arms are more like popguns.

No matter what we have, there is almost always something else we crave. Arthur C. Brooks, in a recent essay for The Atlantic, reflected that money, fancy cars, boats and such don’t move him, but seeing a man his age with a full head of hair triggers deep envy.

Tellingly, in that same essay, he quotes Joseph Epstein’s wry observation that, “Of the seven deadly sins, only envy is no fun at all.”

Wishing for something unattainable can no doubt squeeze the joy out of what we do have.

I am me, you are you, we have what we have, and there are no trades. Maybe my height means that I die a little earlier—though hopefully not from one of my accidental blows to the head.

While long flights and small stadium seats will always be something I have to endure, I’ve decided to be grateful for my height and stop pining for bulging biceps. My family, friends and loved ones don’t wish I were any different, so neither will I.

But I am going to try to be more careful when standing up at the dining room table. 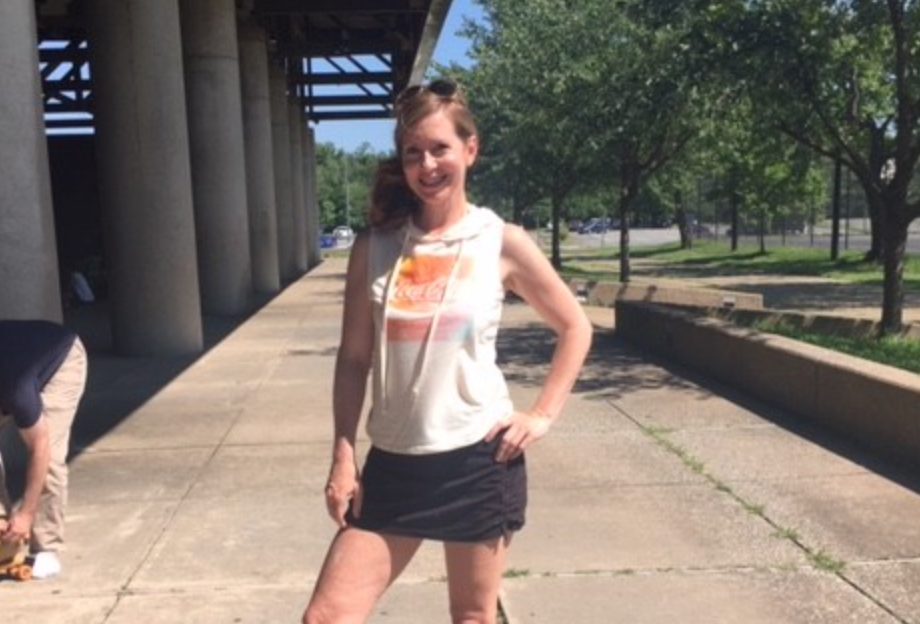 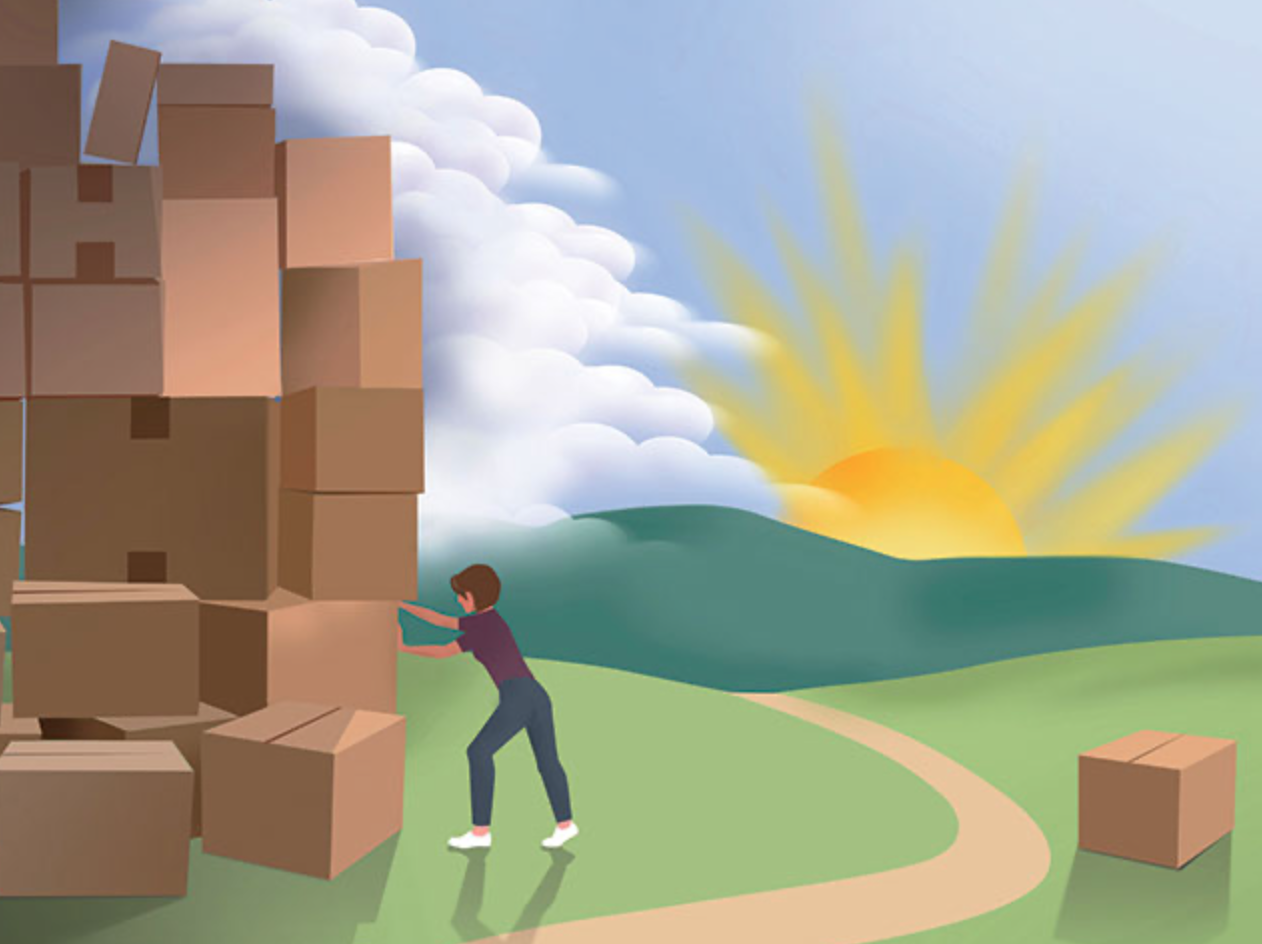 My Downsized Life: The Memories Remain, But the Stuff Has to Go 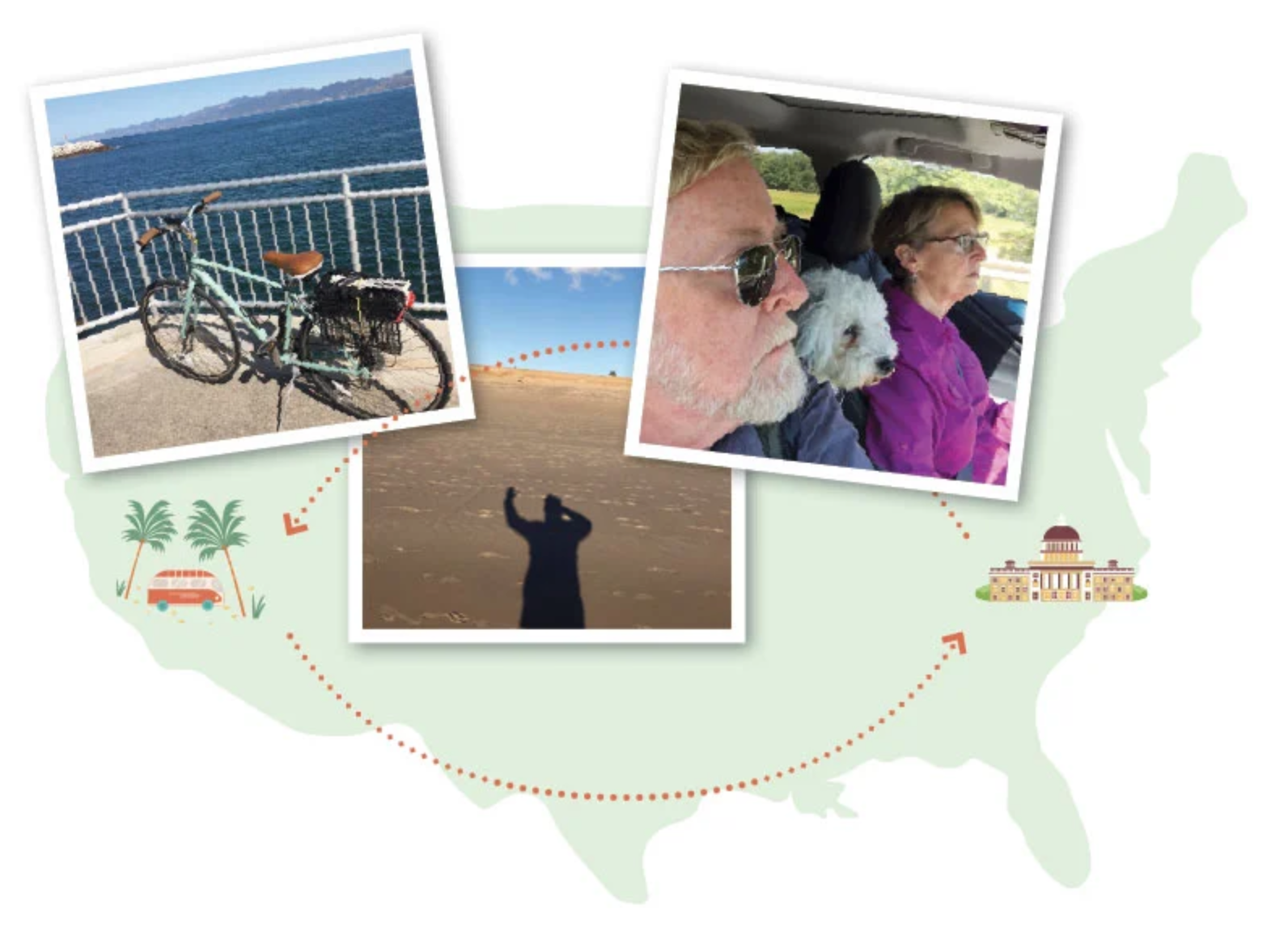 From Arlington to L.A. and Back: Turns Out You Can Go Home Again