How one Arlington bridge became a staple for plane-watching residents in the '20s (even if it wasn't always safe). 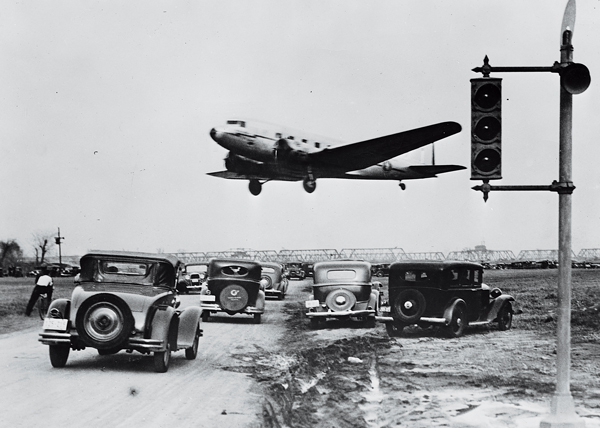 Watching planes from the south side of the 14th Street Bridge has been a local pastime for nearly a century. Hoover Field opened in 1926 near the site that now holds the Pentagon, becoming the first municipal airport to serve the nation’s capital, according to the Arlington Public Library’s Center for Local History.

Conditions weren’t the safest at the airfield named for then-Secretary of Commerce Herbert Hoover, which operated a single, 2,400-foot dirt runway that bisected a road. Historical records maintained by the Metropolitan Washington Airports Authority (MWAA) indicate that guards were stationed at the intersection to restrict automobile traffic during takeoffs and landings.

In 1927, a competitor, Washington Airport, opened virtually next door on the grounds of a former racetrack.  But it wasn’t long before financial constraints during the Great Depression prompted the two airports to merge into Washington-Hoover Airport.

Avoiding ground collisions wasn’t the only concern. Pilots attempting to navigate the airspace faced hazardous conditions—including high-tension electrical wires along U.S. Route 1; smoke from burning trash at a nearby landfill that compromised visibility; and poor drainage along the banks of the Potomac that often left the airfield muddy.

Though Congress spent more than a decade commissioning studies on the need for a new airport, it was President Franklin D. Roosevelt who finally set the bulldozers in motion in 1938, according to the MWAA, announcing at a press conference that he was “tired of waiting for Congress” to choose a new site. Two months later, construction crews broke ground at Gravelly Point to build Washington National Airport (later renamed Ronald Reagan Washington National Airport).