Proceeds from the Aug. 12 sale at Quinn’s Auction House in Falls Church will benefit the Parkinson’s Foundation. 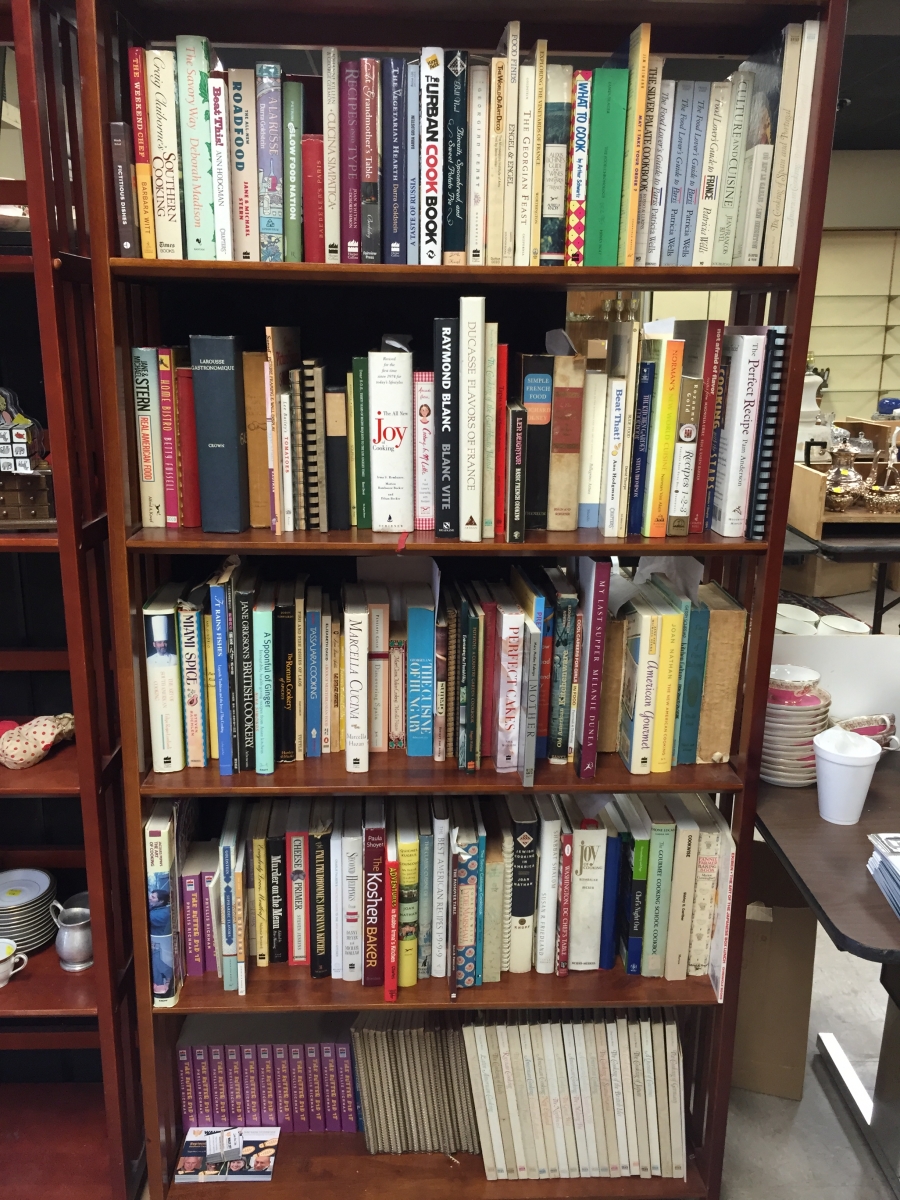 Have you ever wondered what a restaurant critic cooks at home? If you head to Quinn’s Auction Galleries in Falls Church on Wednesday, you’ll find a wealth of answers from The Washington Post’s longtime food editor and restaurant reviewer Phyllis Richman.

Nearly 200 cookbooks from Richman’s private collection will hit the auction block, including many first editions and signed copies with authors’ inscriptions to the legendary food writer, who recently chronicled her culinary adventures in Arlington for this magazine.

The collection heading to auction includes the first-edition volume of The French Menu Cookbook from 1970, and a 1975 edition of The Joy of Cooking. There are also several books on Jewish and kosher cooking, including Jewish Cooking in America by noted cookbook author and journalist Joan Nathan.

I also spotted a copy of the kids’ book title Cool Careers for Girls in Food—an especially resonant addition in light of this biting commentary that Richman penned for the Post about a Harvard dean who declined to admit her to the school’s urban planning program for fear that her studies would leave her unable to fulfill her responsibilities as a wife and mother. (The food world is ever grateful to that dean, given that Richman ended up pursuing a career in food journalism instead.)

The sale will also include copies of Richman’s own mystery novels, The Butter Did It and Murder on the Gravy Train, for $10 each.

Also on the auction block: several commemorative plates from the many James Beard Foundation dinners Richman attended during her career. Each of the plates, from 1992, 1994, 1996, 1997 and 1998, has a design relating to the theme of that year’s dinner.

The preview begins at 10 a.m. this Wednesday, and the auction begins at 6 p.m. Quinn’s Auction Galleries are located at 360 South Washington St. in Falls Church. Proceeds will benefit the Parkinson Foundation of the National Capital Area