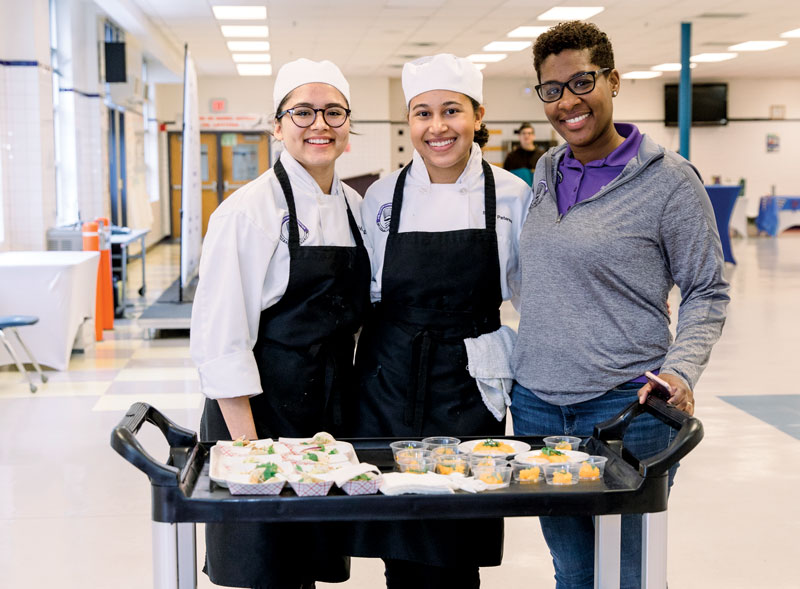 There may be hope for school lunches yet. Cinnamon whole-wheat scones, quinoa breakfast bars and zucchini boats were all on the menu at the 7th Annual Real Food for Kids Culinary Challenge, a competition in which student chefs create delicious, healthy meals within a budget. The prize? Winners will get their recipes into a local school cafeteria and onto students’ plates next fall.

During the event, Mendelsohn said he was evaluating entries not only on their “deliciousness,” but also on out-of-the-box thinking and attention to current food trends. “I see a lot of hope in the younger generation,” he says. “They are so interested in how their food is grown and where it’s produced.”

In the end, a team from Takoma Park Middle School in Maryland won first place. But Peterson still has her eye on the top prize—a career as a chef. “Food makes people happy,” she says. And that’s rewarding.