The surprise donation has allowed the Arlington Free Clinic to expand its dental care services. 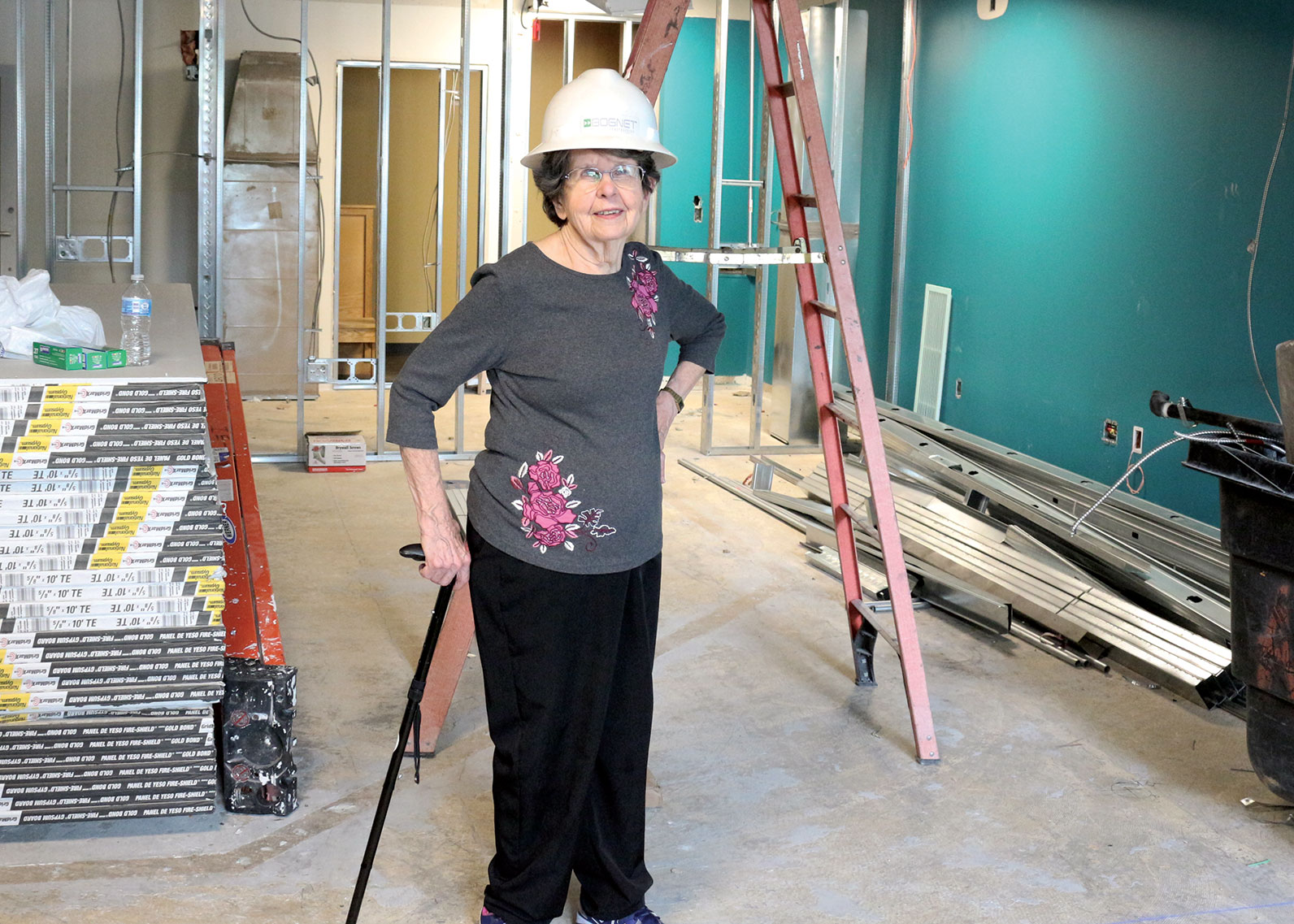 At the Arlington Free Clinic, Mary Mellon was sometimes known as “the box lady.” Her job was to organize the boxes of medications and supplies that area businesses had donated.

For 14 years she took the bus across town to get to the nonprofit off Columbia Pike. By 2015, she had logged more than 1,000 volunteer hours. It felt right for Mellon, who likes to be useful. When she finished her duties for the day at the clinic, she would often pop in to say “hello,” says AFC executive director Nancy White.

Then, in March of 2017, Mellon sent White an email, asking if they could have an official meeting. Also, she said, her financial adviser and longtime friend Lisa Kirchenbauer would be coming along.

White recalls having no idea what to expect when the two women walked into her office. They asked questions about the clinic’s needs, hopes and dreams. “We talked about eyes and ears and teeth,” White says. They especially focused on teeth.

Mellon’s father had died from an illness that started as a dental infection, just after she graduated from high school in Pennsylvania. She doesn’t like to discuss it publicly—“I don’t want people to feel sorry,” she says—but she wanted to do something that might prevent others from suffering the same way her father did.

Her parents had both been immigrants. Her mother, a seamstress who also died young, came from Lithuania; her father, an auto mechanic, was from Austria. Many of those who visit the free clinic—which saw 1,634 patients last fiscal year—are immigrants, and virtually all have dental needs.

“That got me,” Mellon says. “I thought: I can see myself helping out in a situation like that.” After the meeting, the 82-year-old returned to White with a proposal for “a significant gift.”

That financial gift (the amount of which Mellon prefers not to disclose) became the start of a capital campaign to grow the clinic’s dental care services from one rented chair to a full-fledged, in-office dental program with exam rooms and three chairs.

White says the expansion will allow the clinic to see four times as many dental patients, increasing its capacity from 26 appointments per week to 100.

Others have been inspired by Mellon’s generosity. After hearing her story, AFC staff members, volunteers and every one of its 20 board members made private donations to the campaign. By April, they had $1 million. The goal by year’s end is $1.5 million.