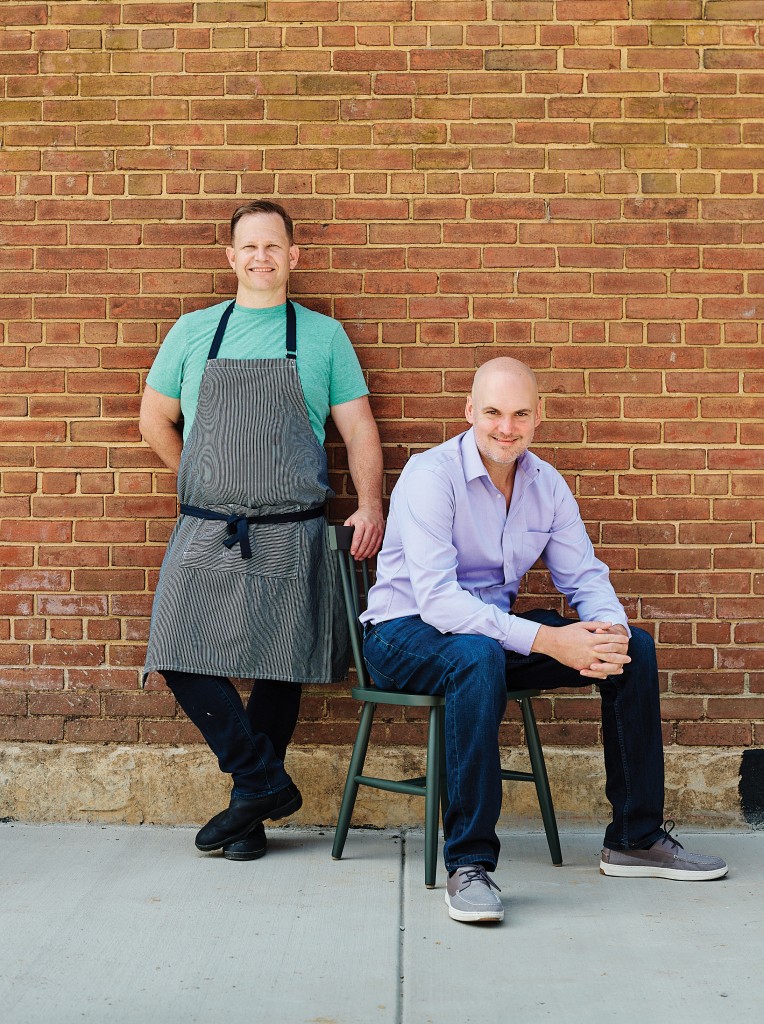 In the 1950s, the building at the corner of South Fifth Street and South Glebe Road in Arlington Heights housed a chocolate factory and an ice cream shop. Now it’s poised to become Ruthie’s All-Day, a restaurant helmed by Matt Hill, who left his post as executive chef of The Liberty Tavern Group (The Liberty Tavern, Lyon Hall, Northside Social, Liberty Barbecue) on March 6 to pursue a lifelong dream.

“I’ve always wanted to open my own place,” he says. “It’s more special when it’s yours.”

Named after Hill’s paternal grandmother, Ruthie’s will center on a “meat ’n’ three” concept, reminiscent of the informal restaurants the chef remembers from his youth growing up in North Carolina.

“The tradition dates back to when the area was dominated by agriculture and textile mills,” he says. “These were more casual places where workers could get a home-cooked meal when their shift ended.” Make that a meat and their choice of three sides. 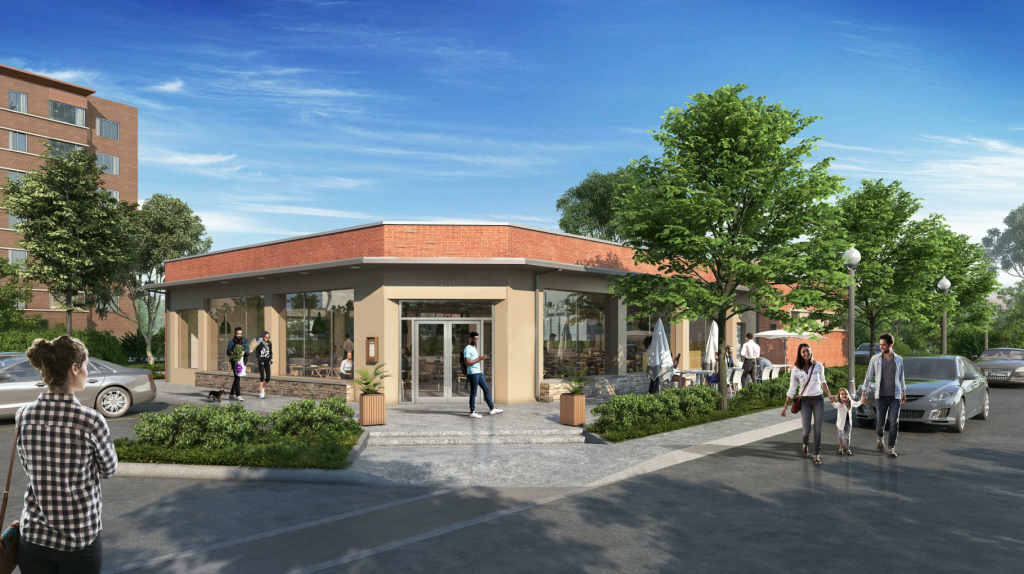 Wood-fired proteins will play a starring role on the menu, with meats and seafood cooked over live fire with no gas or electric assists. Hill’s workhorses: a custom hearth in the center of the restaurant, plus two large smokers, one inside and one outside. Wood species will be a key ingredient in dishes from wood-grilled steaks and fish to barbecue.

“Hickory has a more pungent kick,” he says, “so often we’ll use that for items with shorter cooking times, like fish; whereas for meats we’ll use oak, which has a more nuanced flavor, or a combination of the two woods. We’ll also do specialty woods, like apple, for things like wild hen-of-the-woods mushrooms, salmon or Spanish mackerel.”

Diners can look forward to mains such as smoked brisket and poultry, and gochujang-rubbed spare ribs, along with creative sides that take the meat ’n’ three concept to a playful level. Though the menu is still a work in progress, Hill is tinkering with accompaniments like braised greens with white soy and smoked turkey broth; pulled-pork dirty rice; butter bean salad with marinated heirloom tomatoes; and stewed chickpeas with house-made labneh.

“And of course, Ruthie’s classic mac ’n’ cheese,” he says. “My grandma’s recipe, made with evaporated milk.”

In addition to Counter Culture Coffee, breakfast fare will include biscuit sandwiches with fillers such as house-made sausage, egg-and-cheese, fried chicken or brisket. Lunch will bring sandwiches on house-baked bread and composed salads.

Most breakfast options will be priced under $10 and lunches under $15. The dinner menu will offer a wider array of price points. “You can get barbecue for $15 to $16,” Hill says, “but we might also have Koji-aged rib-eye for $45-$55. I’m sensitive to prices and want to give great value to guests, but also the best ingredients.”

Hill’s partner in the venture, Todd Salvadore, was most recently the general manager at Siren by RW in D.C. (The two previously worked together at Charlie Palmer Steak in the District.)

Salvadore’s bar program promises classic cocktails, bold wine selections—“Rhones, Spanish varietals and some new world stuff; the kinds of big flavors that hold up to barbecue,” Hill says—and eight beers on tap, most of them local, served from a 20-seat oak bar with brass accents. 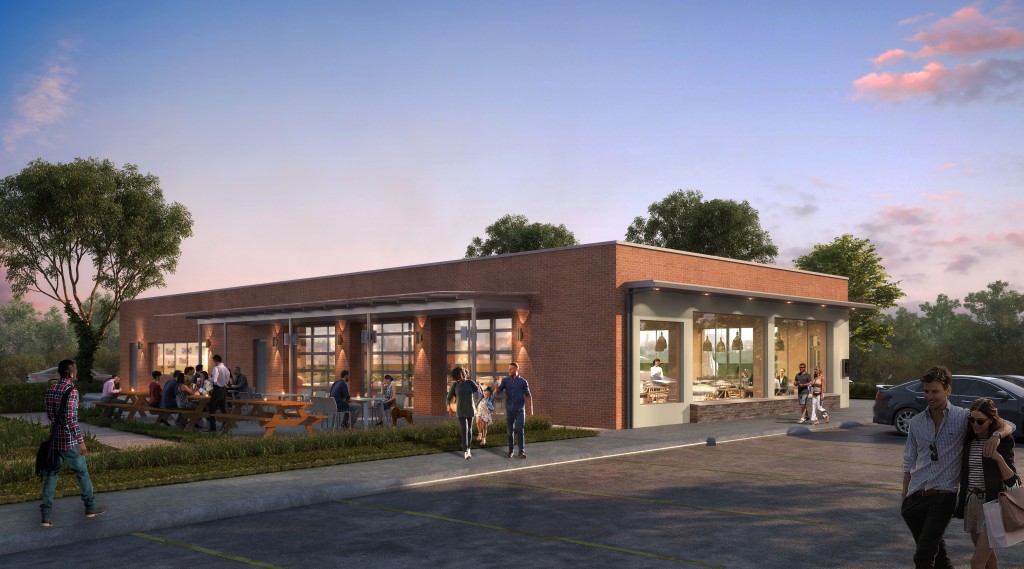 The space, designed by Hill’s wife, Jeanne Choi, in partnership with JC Schaub at 5th Edition Designs, will include seating for 112 inside, including two private dining rooms that hold 10 and 20, respectively, and a patio that can accommodate 70. A front counter will offer takeout service.

“I grew up with two great sets of grandparents,” Hill says. “My maternal grandparents had a farm. Ruthie and my grandfather, William Kelly Hill, lived in Charlotte, but they had a huge vegetable garden. After he retired, my grandfather sold tomatoes from a stand on the side of the road. It wasn’t lucrative but he enjoyed it. I think he just wanted to talk to people.”

Opening in the middle of a pandemic was not part of the original plan, but the partners are making the best of it. “I think now more than ever, we crave nourishment and a sense of comfort, and a little love from Ruthie’s All-Day may very well be what everyone needs right now,” Hill said in a release. “With hard work, tasty food, and hospitality, we plan to serve our guests in any and all ways we can.”

“Ruthie was always super welcoming—a great lady and a great cook,” he adds. “I want to emulate the hospitality she extended to her family and friends.”