What Ballston BID CEO Tina Leone does in her spare time. 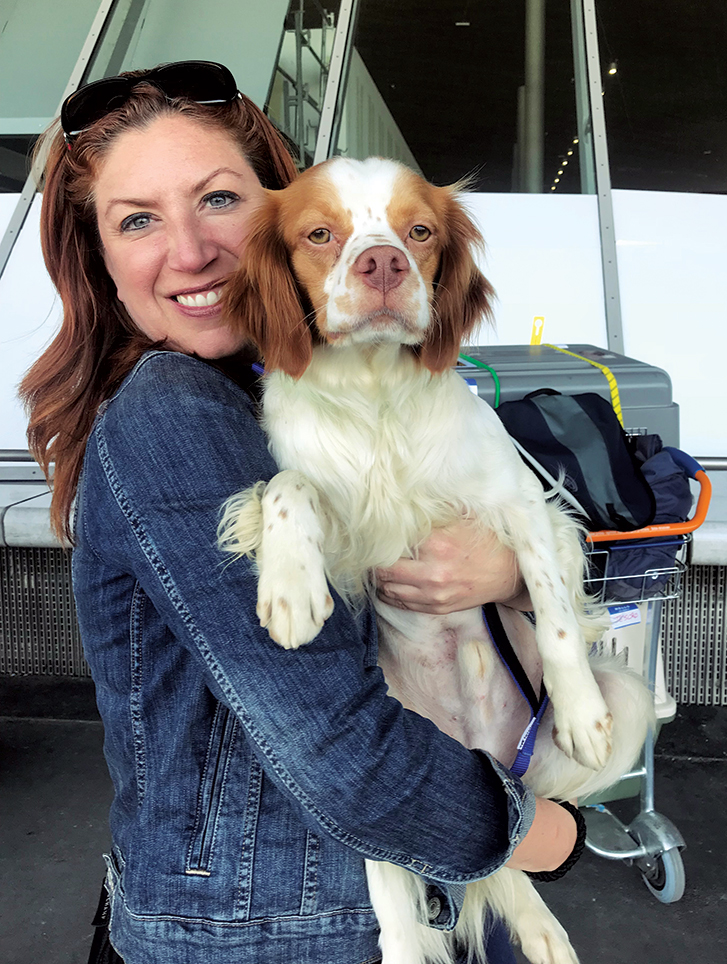 By day, Tina Leone is the CEO of the Ballston Business Improvement District. But she’s also a superhero to furry, four-legged Brittanys. Over the last 18 months, Leone has made 14 overseas trips to places like Spain, Greece, Serbia and South Korea to rescue more than 200 of the energetic bird-hunting dogs.

“You know how people say lightning struck when they met their mate?” she says. “That happened to me with a dog. Her name was Gee Whiz and she passed away at 14½. She’s still the love of my life.”

Leone volunteers for American Brittany Rescue, which recently expanded its mission to include international rescues. The needs are greater in Europe and Asia, she explains, due to cultural differences in how animals are treated and the lack of spay and neuter laws. Dogs that don’t have natural hunting instincts or that are part of a large litter can be targeted for abandonment or worse. “We’ve seen cases where they’ve attempted to drown puppies [by] putting them in plastic bags and throwing them in the river,” says Leone, who has two Brittanys of her own. “It’s horrific.”

The rescue trips are paid for with donations, grants and sometimes the rescuers themselves. Interested in being a foster dog parent? Visit americanbrittanyrescue.org.