Sfoglina Crosses the Potomac with a New Rosslyn Location 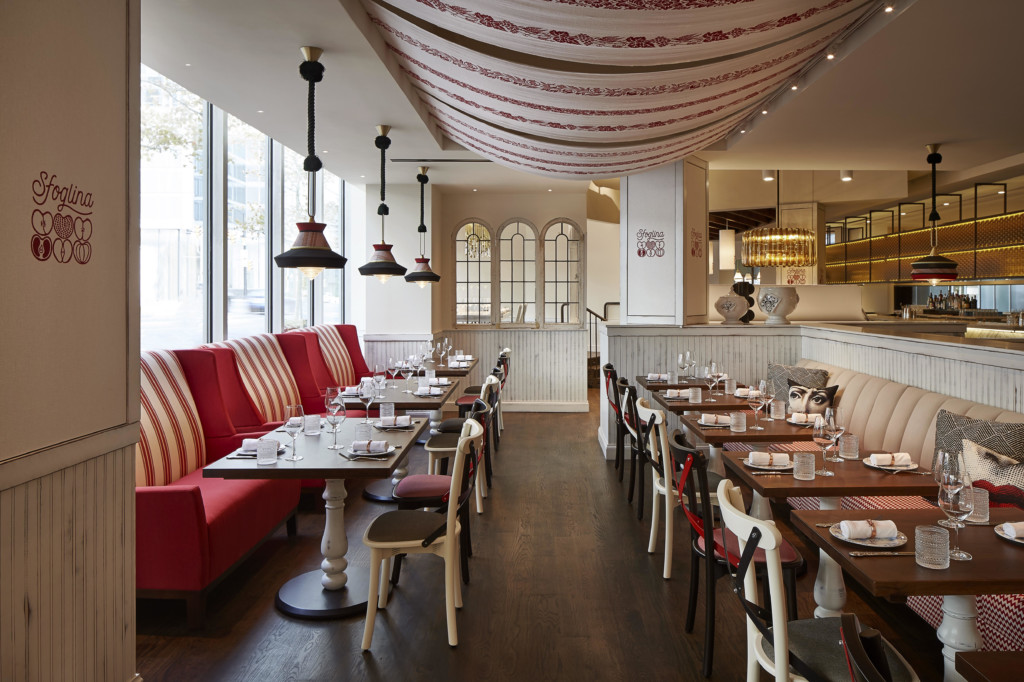 The ground floor of a Rosslyn office tower—home to WJLA Channel 7 and a campus of the University of Virginia Darden School of Business—is a somewhat unlikely place for Arlington’s latest Italian restaurant. But that’s where you’ll find Sfoglina, a homey-yet-sophisticated (and undeniably authentic) take on everything we love about Italian cuisine.

Opening Saturday, Oct. 5, at 4 p.m., this third Sfoglina (pronounced sfa-LEE-na) is part of a family of eateries from Fabio Trabocchi, the acclaimed restaurateur behind Michelin-starred Fiola and sister restaurants Fiola Mare, Del Mar, and two other Sfoglina pasta houses in D.C.  Tucked into the heart of Rosslyn, it’s well-positioned to serve both the upscale-casual office lunch crowd and couples out for date night. It’s also the biggest location of the three, spanning some 4,500 square feet and including 130 seats throughout the main dining room and a 360-degree bar.

“We all have a love for the classic Italian technique and culture here,” says executive chef Erin Maureen Clarke, who comes to Arlington from the Van Ness location and has worked with Trabocchi for about 16 years. “There’s a lot of thought that’s going into it—I mean, it’s not just canned tomato sauce and dried pasta.”

While the menu at the Rosslyn outpost is mostly identical to both D.C. locations, one unique feature is the mozzarella bar. Guests can choose from a variety of meats, seafood (including pickled octopus salad) and veggies to accompany a selection of burrata, fior di latte, stracciatella and buffalo bocconcini. The Rosslyn location will also debut piadina flatbread sandwiches on its lunch menu, featuring both a traditional prosciutto version made with lard and a vegan variety.

Many ingredients are locally sourced, including lettuces from Pennsylvania’s Earth N Eats farm and bread from Bread & Water Co., which is also sold at the Freshfarm Rosslyn Farmers Market and has a storefront in Pentagon Row. Clarke recommends the grilled calamari for first-time visits.

And did we mention the pasta? 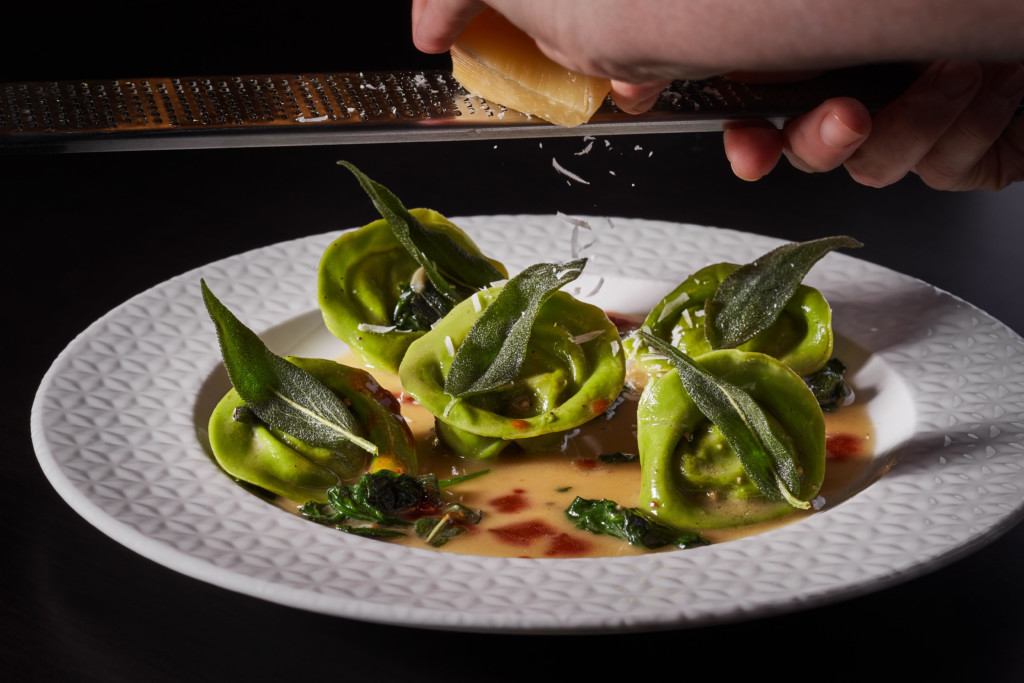 “We opened the first Sfoglina as an homage to the pasta traditions that are passed down from generation to generation, and the reception has been more than we ever could have hoped for,” Trabocchi said in a press release.

Indeed, the Rosslyn Sfoglina is so keen on freshly made pasta (its name, after all, translates to “pasta maker” in Italian) that it has an Instagram-worthy glass-walled room devoted to the process. Led by trained Italian sfoglina Simonetta Capotondo, employees hand-roll nearly all the pasta made on site. (An exception is the Mancini paccheri, which employs pasta made from an artisanal maker that grows wheat in Trabbochi’s native Le Marche.) Capotondo also teaches pasta-making classes at the restaurant group’s Van Ness location—an educational option for devoted foodies that might also be offered in Rosslyn down the road.

Also noteworthy in the pasta category is the tagliatelle Amalfi Coast, a simple preparation with roasted tomatoes, garlic, chilies and basil, served in one large bowl for two. (Cue Lady and the Tramp.) And for the gluten-conscious, corn spaghetti and rice fusilli are also on the menu. 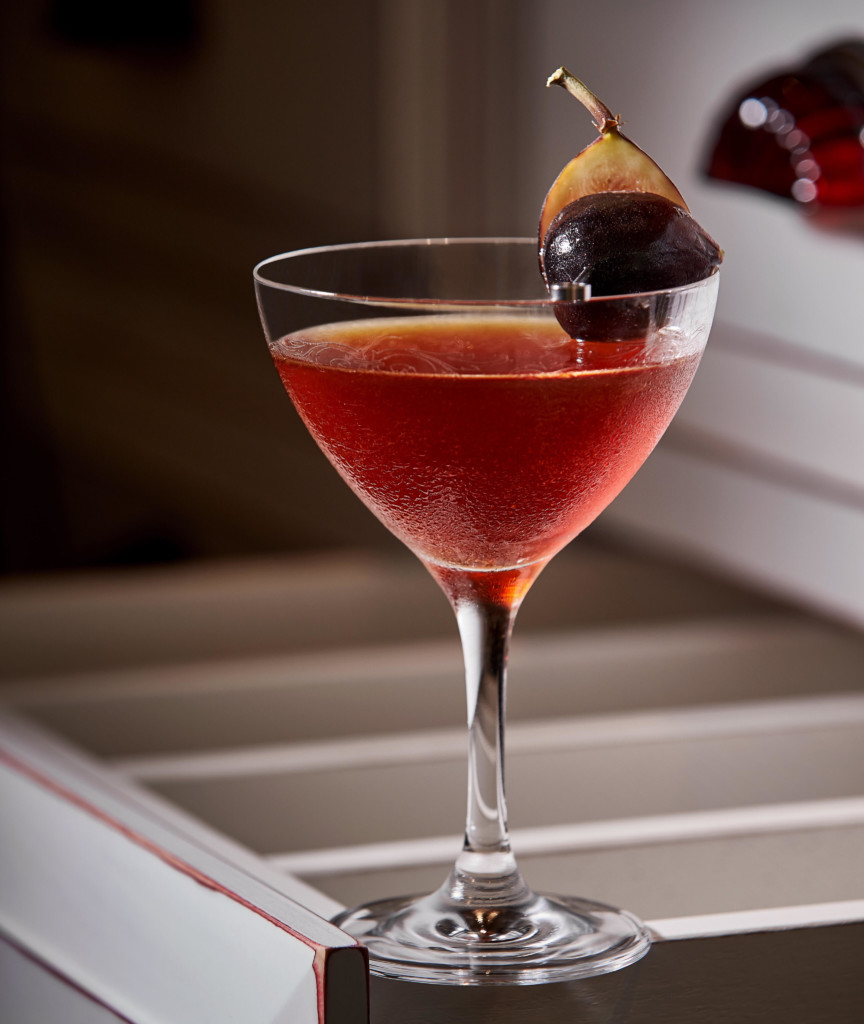 The beverage program includes an extensive list of Italian wines and cocktails named with Italian-themed cinema in mind (see Moonstruck, a blend of Smirnoff vodka, Cocchi Americano, Ramazzotti and orange bitters; and The Godfather, which features Teeling’s Irish whiskey, fig puree, vermouth and angostura bitters). In the dolci category, soft serve gelato and sorbet flavors will be rotated out seasonally.