The mother-daughter boutique at Ballston Quarter has something for every age group and body type. 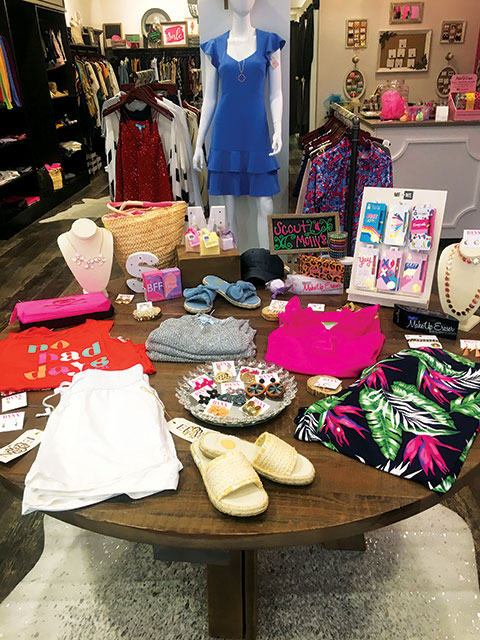 In 2015, McLean mother and daughter Jane and Betsy Abraham set out to launch a business together. Jane, a longtime power player in the nonprofit world (she’s also married to former Michigan Senator Spencer Abraham), was looking for a change of pace. Betsy had recently graduated from Georgetown University. They found a common thread in Scout & Molly’s, a Raleigh, North Carolina-based retail franchise that encourages its franchisees to customize their offerings. Fashion fell squarely at the intersection of their interests and skill sets, so they bought the rights to develop three Scout & Molly’s stores, starting with one in Reston, followed by a second in Ballston Quarter (4238 Wilson Blvd., Suite 2230) that opened last fall. (Third location to be determined.) “The mission is to make it feel like you’re shopping in your best friend’s closet,” says Jane, 58. “There’s something for every age group, pocketbook and body type.”

In addition to affordable, on-trend separates and accessories from national brands, the Ballston boutique carries pieces by local designers, such as Virginia jewelry maker Love Soul Style and Annapolis-based Kaeli Smith, whose dresses and separates are dead ringers for Lilly Pulitzer. Best-sellers thus far have included faux-leather leggings from Spanx and Tyler Madison pants that are “comfortable and feminine,” says Betsy, 26. The goal is to offer women “something that they want to wear, rather than just something that they have to wear.”

The store also carries T-shirts from Bee Attitudes and jewelry by Me to We—both socially conscious brands that support and empower women. “Arlington,” says Jane, “is a very special community for women in business.” scoutandmollys.com/ballston