Signs of the Times

Katy Senkus and Kristen Cunningham lived across the street from each other for years, near Bluemont Park in Arlington. “Our kids grew up together,” Cunningham says, “playing outside until all hours, sledding on snow days, and going back and forth from house to house.”

In April, the moms realized the special occasions their families were so accustomed to celebrating together were not going to play out as planned.

So they started a business.

“Between our families we have two graduates at Washington-Liberty High School, and many spring/summer birthdays,” says Senkus, whose family recently moved to another neighborhood a few miles away, although they remain honorary members of the Ashlawn community.

“In the South, birthday yard signs are really popular. We wanted to bring them here. We had been hearing about birthday parades and decided this could be an extension of that—a fun way to fill the time.”

As the Sign Sisters, the duo are now happily (and busily) installing graduation, birthday, anniversary and thank-you signs in yards throughout Arlington, Falls Church, McLean and parts of Alexandria. Their stealth deliveries often happen after dark (8 p.m. or later)—a surprise for the recipient to wake up to the next morning.

The colorful, waterproof signs are made of corrugated plastic and the whole process, from set up to pick-up the next day, is contactless. The “sisters” estimate they’ve installed more than 75 signs since April, each time leaving a hanger card on the front door to let the recipient know who the gesture is from. Prices range from $70-$85.

Sometimes the signage is the grand finale at the end of a birthday parade, with a giving-back element. “We encourage people hosting birthday parades to put an AFAC [Arlington Food Assistance Center] collection box in their yard,” Senkus says, “which we will deliver to AFAC for them.” 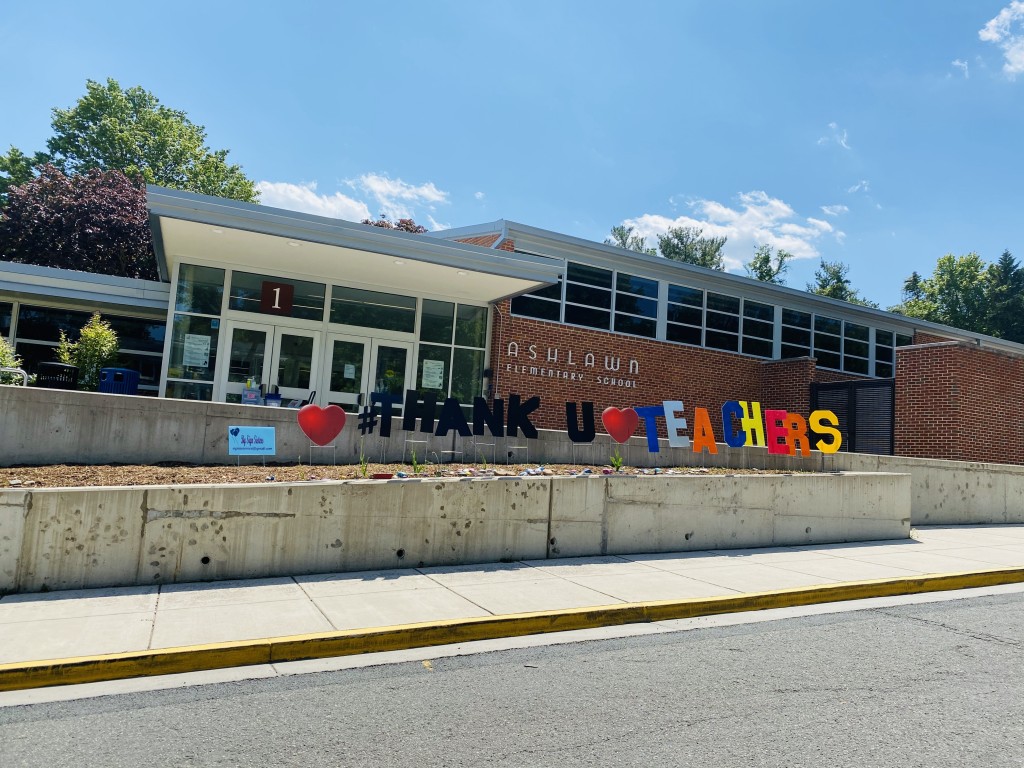 The yard signs aren’t customizable, but some of the sentiments on the door hangers have astutely summed up our time in quarantine, Cunningham says.

“Someone turning 60 got the message: ‘I can’t wait to go with you to Costco for the special senior citizen time.’”