Feeling Fidgety? Give One of These Rings a Spin

The kinetic spinner rings by Falls Church jewelry artist Charles Agel make soothing sounds, and they're designed to be played with. 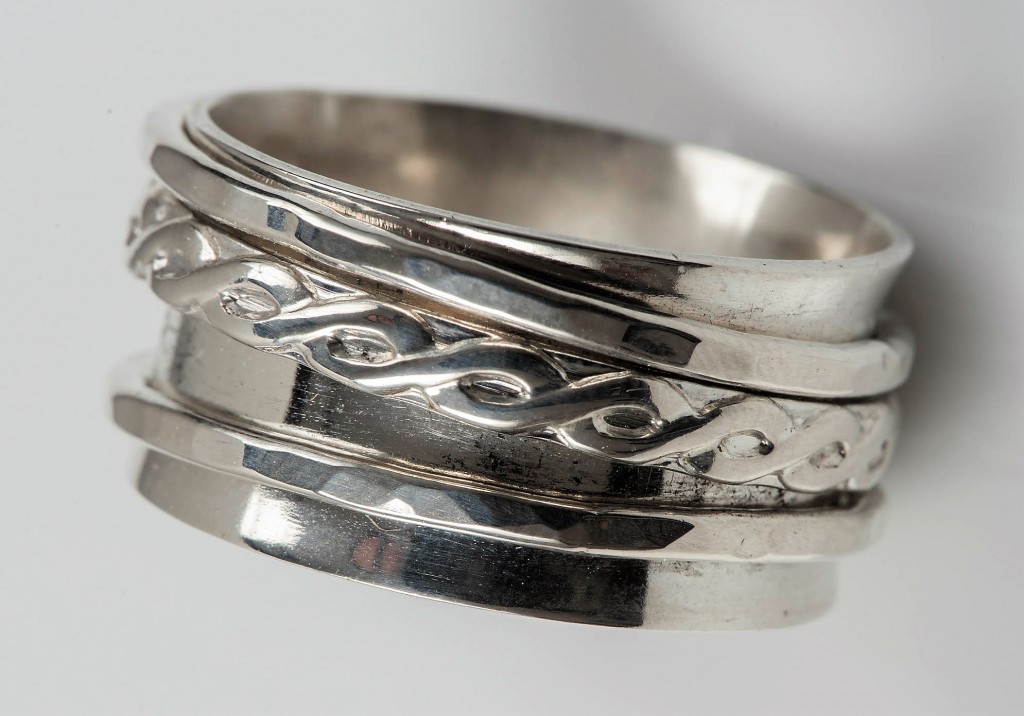 Anyone with school-age kids likely knows all about fidget spinners. But grown-ups can also benefit from the soothing effects of handheld gadgets that feel or sound satisfying—usually with a click or a pop emulating the sensations made by things like light switches, buttons or bubble wrap. The trend (and, perhaps, the fraught times we live in) might be why Falls Church jewelry artist Charles Agel has seen an uptick in sales of his spinner rings.

A former professional photographer, Agel has taught art classes, including jewelry making, at Justice High School (previously J.E.B. Stuart High) for 19 years. He says students love watching raw materials transformed into something wearable. “It’s kind of amazing when you can take a piece of metal, whether it’s a wire, sheet or tube…and manipulate it into whatever it is you’re making,” he says. “It’s exciting to watch it go from raw material to something that’s shiny and beautiful.” 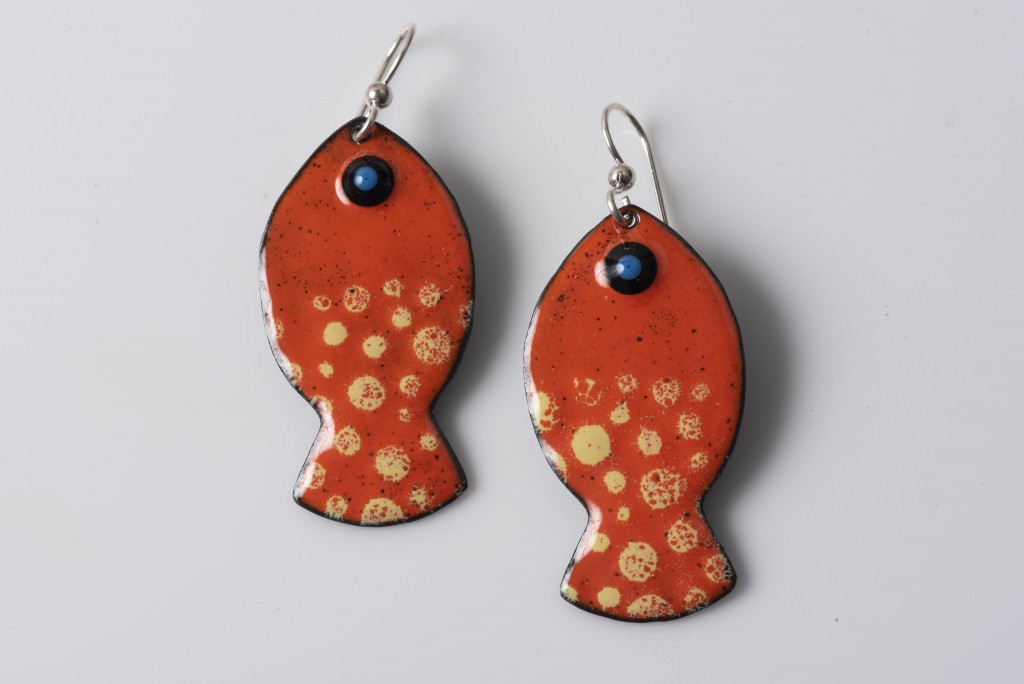 Agel worked with enamels for years, making a line of fish earrings ($40) that were popular with art show customers, but his current obsession is silver rings. Stackable rings run from $60 to $78, depending on the complexity of the piece or if there are any stones.

As for the spinner rings, which go for $95, Agel especially loves the interactive aspect and the tinkly, metallic sound they make when they move. According to one customer, they also have a practical use that the artist never intended; she says her ring (and how aggressively she is spinning it) provides a warning gauge for her husband when she’s having a tough day. “All guys could use a ring like that,” Agel says. “It would make relationships so much easier.”