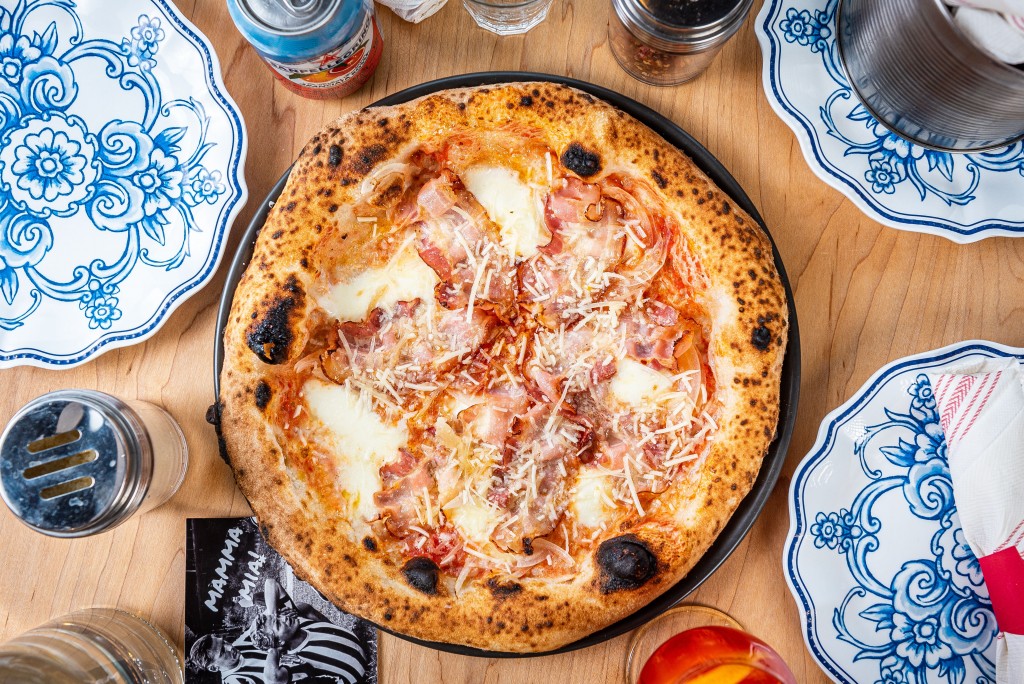 Antonio Matarazzo has a confession to make. He knows he’s risking the wrath of his Italian mamma when he admits this, but the co-owner of Stellina Pizzeria—who grew up 20 minutes from Naples—says he prefers chef/co-owner Matteo Venini’s style of pizza to those stamped with the coveted DOP stamp signaling 100% Neapolitan authenticity.

The duo has dubbed their pizzas “neo-Neapolitan,” meaning they use the traditional style as a jumping-off point, but take some liberties with the fermentation process, toppings and ingredients. This might sound like sacrilege to purists, but Matarazzo insists that even in Naples, young chefs are pushing the envelope with pizza.

“If you go to one of the new pizzerias, you find [the pizza] is less soggy, less wet in the middle,” he says, noting that Stellina’s crusts are crunchier. “They are taking it away from the 100% tradition. They are evolving, even in Naples.” 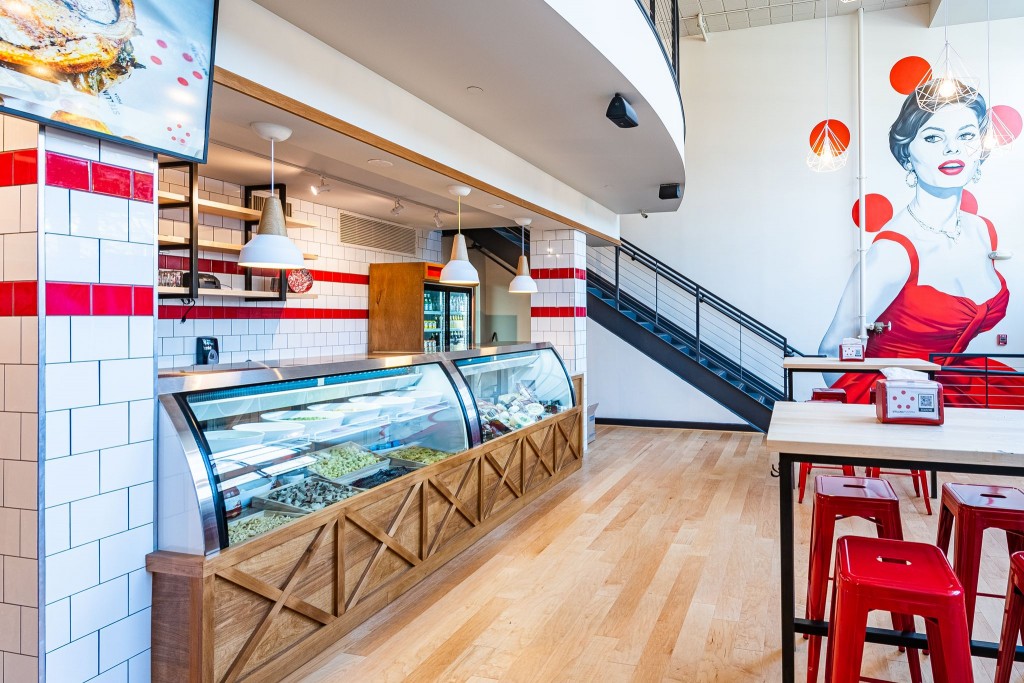 Arlingtonians can soon judge for themselves. Stellina Pizzeria plans to open its first location outside of D.C. on Feb. 12 in the former Cafe Pizzaiolo storefront in The Village at Shirlington. The newly minted “fine-casual” (that’s an upscale version of “fast-casual”) spot, which earned a Michelin Bib Gourmand award in 2020 and regularly makes local best pizza lists, will initially open for outdoor dining only on a heated, 20-seat patio.

Although guests can’t yet eat inside, the glass-fronted restaurant spans two floors and 2,000 square feet—and features a mural of Sofia Loren. Those who don’t want to brave the elements can order takeout or delivery, or shop in an on-site market stocked with house-made pizza dough, pastas and sauces, plus meats, cheeses, olives and Italian pantry staples.

Plus, for the next few weeks, there’s one other way pasta-lovers can satisfy their cravings. A custom-made vending machine posted outside the soon-to-open restaurant will be operational from 10:30 a.m. to 10 p.m. Sunday through Thursday, and until 11 p.m. Friday and Saturday.

Matarazzo, who lives in Arlington, says folks are already showing up to buy DIY cannoli kits and house-made pastas with their corresponding sauces from the machine, which will be moved to an office building on K Street NW in a few weeks. 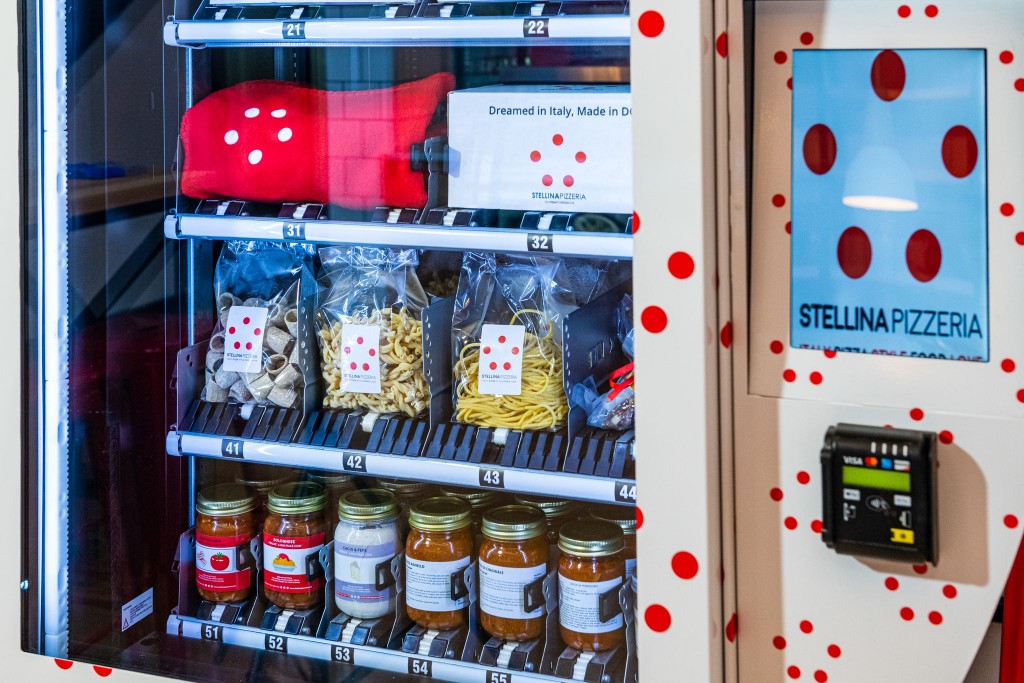 “Right now, we sell three individual pastas; each one is made to pair with a specific sauce,” he says. “Paccheri is more for the Bolognese and the lamb ragù. The tonnarelli is specific for the cacio e pepe. And the fusilli is for either the lamb ragù or the wild boar ragù.” 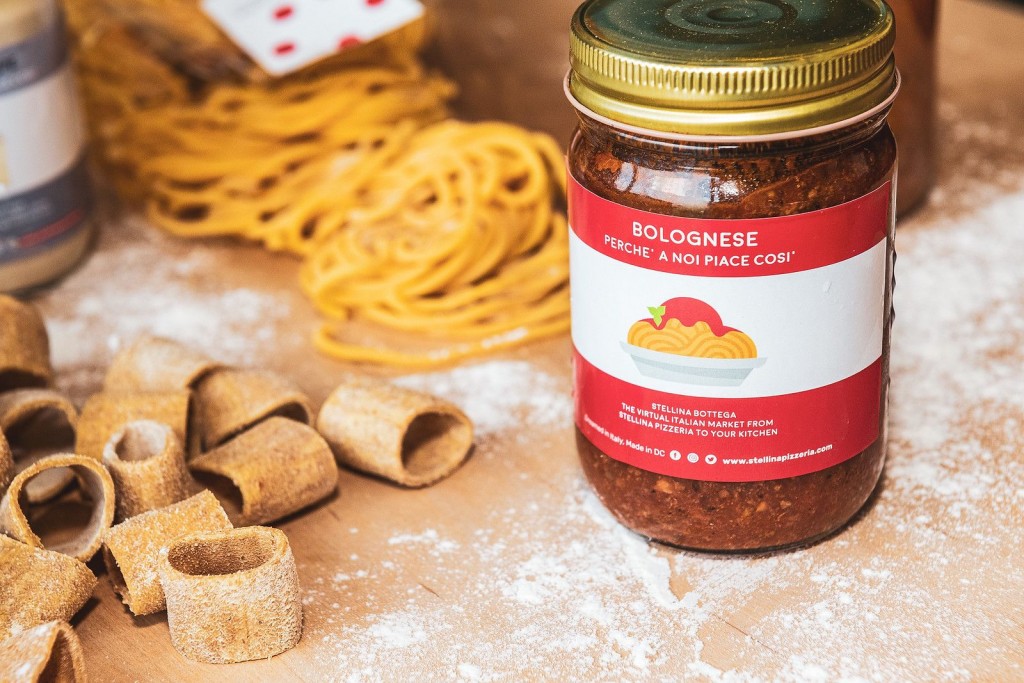 Most of those dishes can also be found on the regular menu, which of course is crafted by Venini, who formerly helmed the D.C. kitchens of Ristorante Tosca, Posto and Lupo Verde. Although he hails from the Lake Como area of Northern Italy, Stellina’s menu mainly focuses on the flavors of Rome and southward, with dishes like Roman fried artichokes, paccheri all’Avellinese—a pasta dish reminiscent of Matarazzo’s hometown in Campagna—and a panino stacked with fried octopus, burrata cheese, Calabrian peppers and broccoli rabe, a combination inspired by Pugliese cuisine. 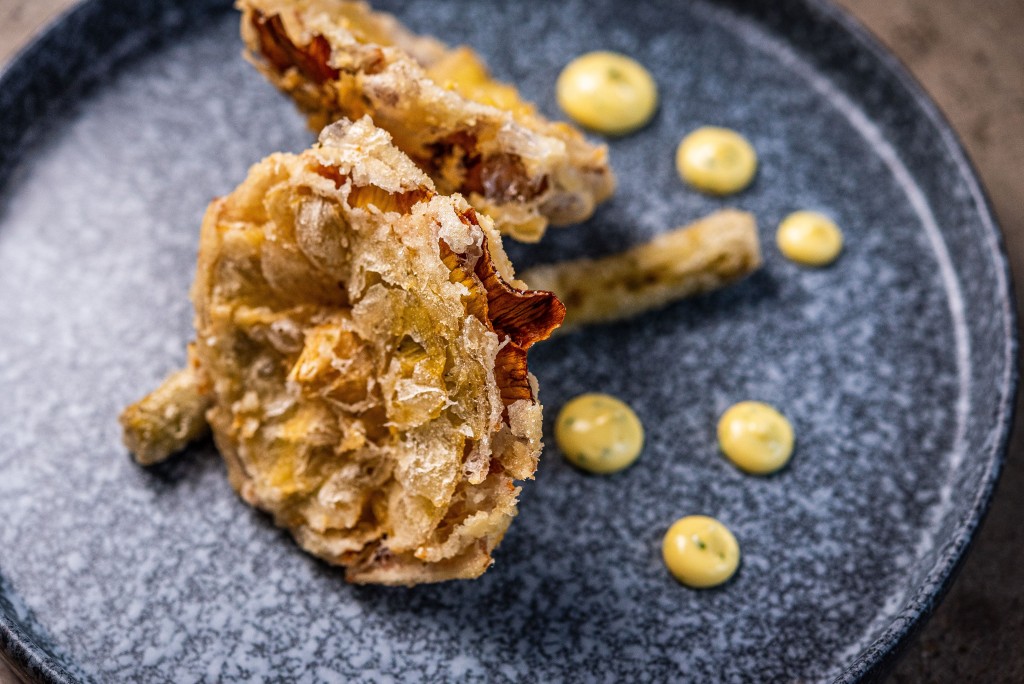 “The fried octopus and burrata sandwich is a typical panino from the south of Italy,” Matarazzo says. “It’s very common; it’s not just that we came out to try something crazy. We wanted to express and to share our food culture with the locals, to the people who live around here.”

He says they decided not to install a bar, like the one at the Union Market location, because they think it’ll be awhile before people will want to belly up to one. Instead, they are offering two styles of Negroni on draft, as well as bottled cocktails that will be served over three types of ice: orange peel, lemon peel or rosemary, depending on the drink. There will also be eight beers on draft and a wine selection that steers sippers toward lesser-known regional Italian grapes like falanghina and aglianico.

Matarazzo says they want to wait until he, Venini and their staff can get vaccinated for Covid-19 before they open the 75-seat indoor space to guests, but the realities of needing to pay the rent and wanting to please guests might force them to consider very spaced-out tables on both levels if vaccines don’t come soon. Like many other restaurateurs, Matarazzo can’t wait for the day when he can get back to business as usual.

“I opened a restaurant because I like to talk to people, but now there are no people inside. I talk to pizza boxes,” he jokes, before turning more serious. “It’s different. I want to hug people, I want to share things with people. It’s very hard, very hard.”

Stellina opens February 12 at 2800 S. Randolph St. in The Village at Shirlington.