Good news for those who’ve been following the Sweetbites food truck on Twitter (@Sweetbitestruck) to find out where they can get their cupcake fix. 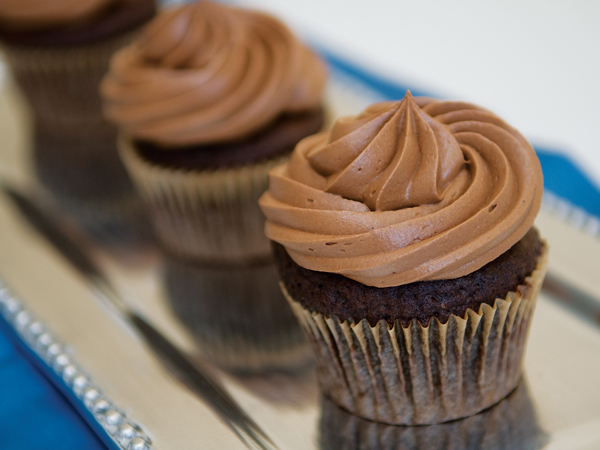 Good news for those who’ve been following the Sweetbites food truck on Twitter (@Sweetbitestruck) to find out where they can get their cupcake fix. The popular mobile sweet shop will soon expand its operations with the opening of the Sweetbites Café and Bakery in McLean.

Owner-baker Sandra Panetta’s signature cupcakes are still the big draw, enticing sweet tooths to indulge in a rotating cast of 50 different flavors. Those include the best-selling salted caramel; a triple chocolate, loaded with cocoa, chocolate frosting and chocolate shavings; and a boozy piña colada, amped up with coconut Malibu rum and dark Jamaican rum.

“My mother taught me that food should be delicious, simple, fresh and always be made with good quality ingredients,” says the owner. “That’s the guiding principle for everything I make.” 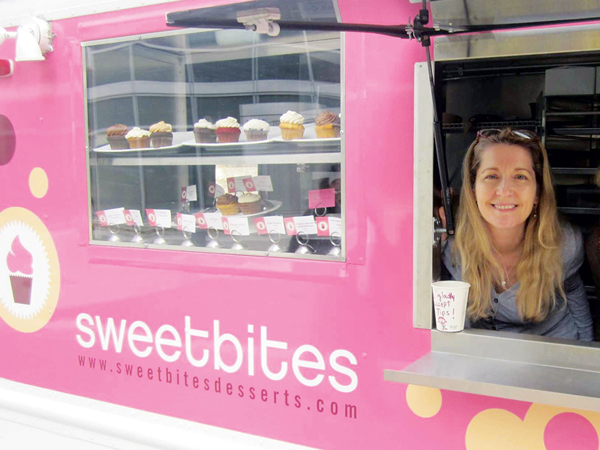 Panetta says her new brick-and-mortar location is a reaction to the growing competition among food trucks on both sides of the Potomac. “When I opened in 2010, there were no other trucks out there—now there’s a fleet,” she says. “I saw the writing on the wall and had to find something else to do.”

Food truck fans needn’t worry though. Panetta is keeping her mobile operation on the road (watch for her eye-catching pink truck in various locations in Virginia, D.C. and Maryland). “Small business changes on a dime,” she says. “You always just have to roll with it.