The 230-Year Old Piece of History in the Backyard

Ten of D.C.'s original boundary stones are in Arlington, Falls Church and McLean. 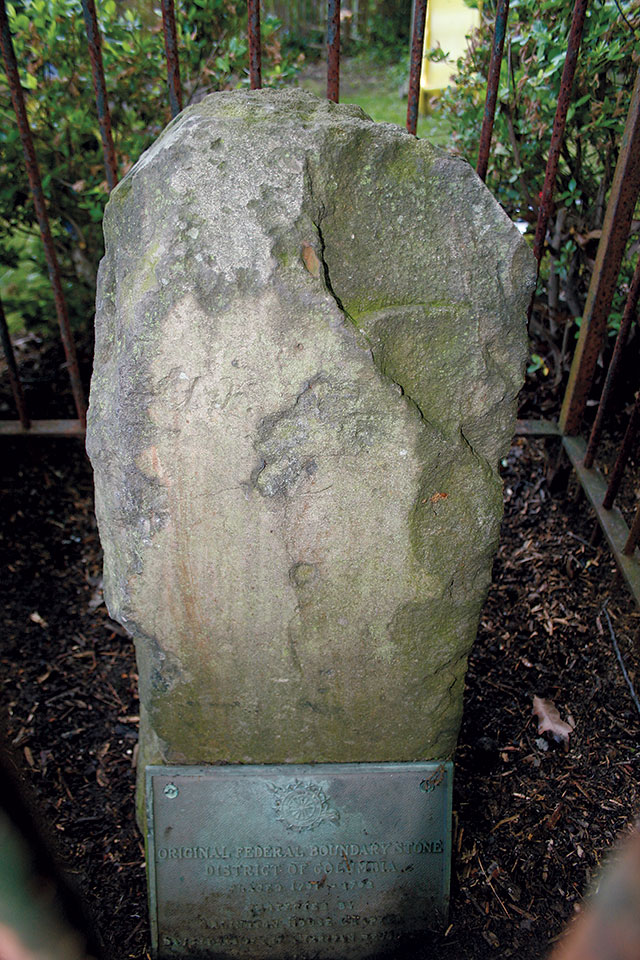 The stone (No. 3 NW) in Joe D’Emidio’s backyard. Photo by Stephen Powers

Joe D’Emidio is harboring a 230-year-old piece of American history in his backyard. His house on North Tazewell Street is today part of Arlington, but the craggy chunk of sandstone behind it is one of the original boundary stones marking what were once the city limits of the District of Columbia.

D’Emidio and his wife, Tatiana, encountered the artifact while house hunting about 10 years ago and were thrilled to learn it conveyed with the property. “I saw these overgrown bushes…and there [behind them] was a boundary stone,” says D’Emidio, who coaches the gymnastics team at Washington-Liberty High School. “I said, ‘We’re buying this house.’ ”

Forming a purposeful diamond shape that extends through parts of Virginia and Maryland, the boundary stones were first established in accordance with the Residence Act of 1790, which called for creating the new nation’s capital near the Potomac River. In April 1791, a survey team began placing the stones to mark D.C.’s original 100-square-mile perimeter.

One of the surveyors was a young, self-taught mathematician, a free African American named Benjamin Banneker. Today, a surviving stone remains in an Arlington park that bears his name near the East Falls Church Metro station.

Of the 40 original boundary stones, 36 are still standing, protected by wrought-iron fences, including 10 that are scattered throughout Arlington, Falls Church and McLean. (A 37th stone is on display in the lobby of the D.C. surveyor’s office.) 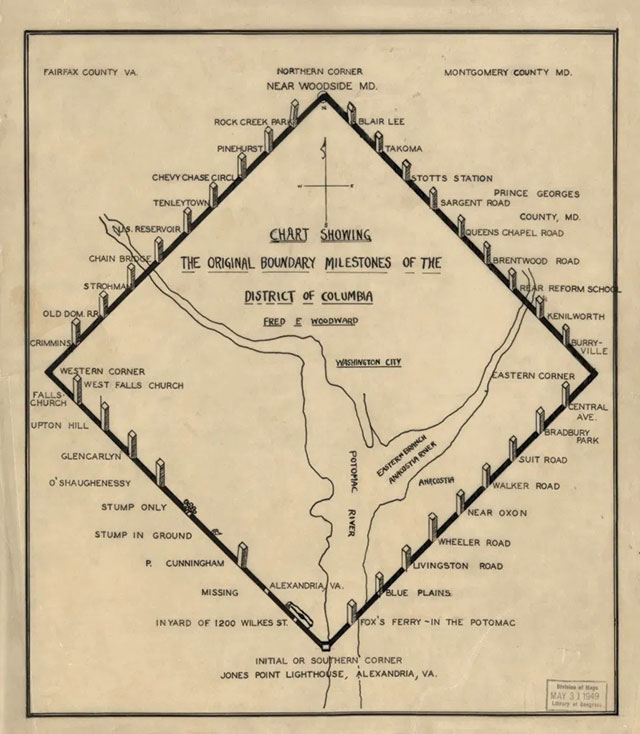 “They are the oldest monuments ever purchased by the United States government,” says local historian Stephen Powers. “They’ve been here for 230 years. That’s a long time.”

Designated a National Historic Landmark, the boundary stone in Benjamin Banneker Park is maintained by the National Park Service. The one on D’Emidio’s property is privately owned, but it nevertheless has had its fair share of visitors—including (prior to social distancing) school groups and tourists from as far away as Australia and Korea. One time, D’Emidio says, a religious group asked to conduct a séance around it.

“I think the boundary stone is more valuable than the house,” he says. “How many people can say they have a landmark on their property? It makes it so unique here in Arlington.”

For more information on the historic markers, visit boundarystones.org.