People want "a moment," says Mike Graham, who has played the part at Tysons Corner Center for three decades. 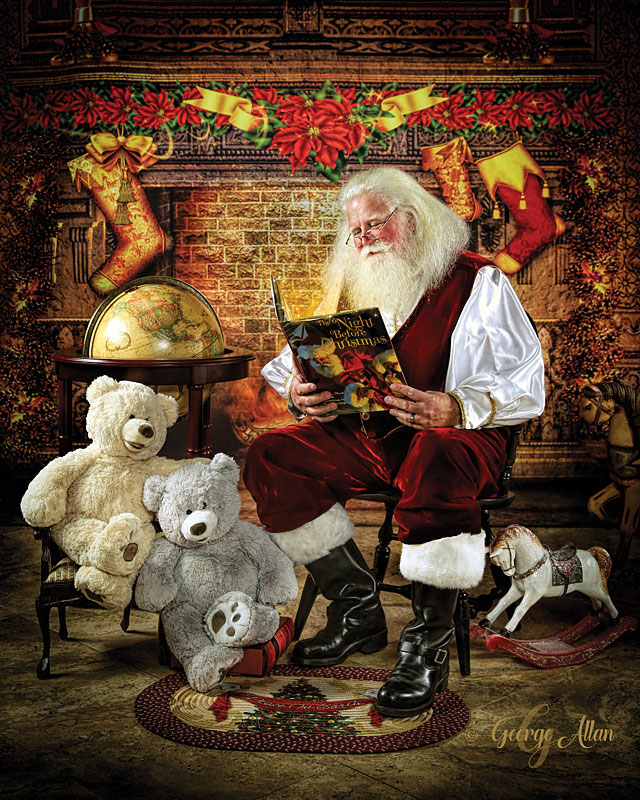 His beard is natural, his hair real and his stature burly. Even his laugh is deep and cheery. Mike Graham doesn’t simply play the part of Santa Claus well. For many who’ve sat on his lap at Tysons Corner Center, he is Santa. This holiday season marks Graham’s 30th year as Kris Kringle at the mall, where he’s posed for thousands of family portraits and holiday cards. “They think I’m just part of their family,” he says. “I’m honored. It’s so special.”

Graham hails from Tennessee, where he owns a construction business. He was a young man when he started playing St. Nick. Now 61, he’s certainly grown into the role, and he’s learned a few things along the way. “People really appreciate when you look them in the eyes. When you are giving them that one-on-one time, the rest of the world can just be gone,” he says. “That’s what people want, to have a conversation. A moment.”

Santa Claus will be welcoming kids of all ages from Nov. 10 through Christmas Eve at Tysons Corner Center in McLean.