The Coolest Group House in Arlington

Once it was an opulent castle owned by a reclusive couple. Then it became the ultimate party house. 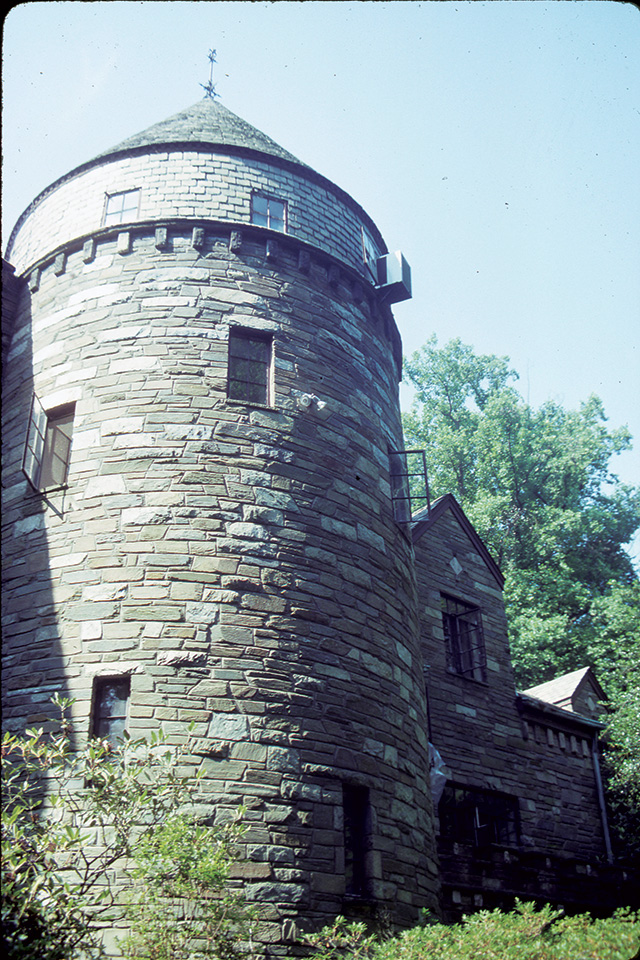 Follow Arlington’s North Scott Street to where it dead-ends at Fort Bennett Park and you’ll happen upon two stone columns in a nearby wooded area. They’re all that’s left of the grand residence that once stood here.

In 1938, inspired by the medieval castles of Europe, prominent local obstetrician J. Bay Jacobs and his wife, Eva, built a 9,200-square-foot, stone mansion on a bluff overlooking the Potomac, near Rosslyn. The 4-acre estate bore the names of its owners: Bay-Eva Castle.

But during their four decades there, the owners became increasingly reclusive as they aged. Their only son, John Bay Jacobs II, would later attribute his parents’ solitude to their fear of being burglarized.

After Eva died in 1979, the elder Jacobs deeded the property to the American College of Obstetricians and Gynecologists—which later sold it to a well-known D.C. developer. Soon after the doctor died in 1988, the castle, incredibly, became available for rent. 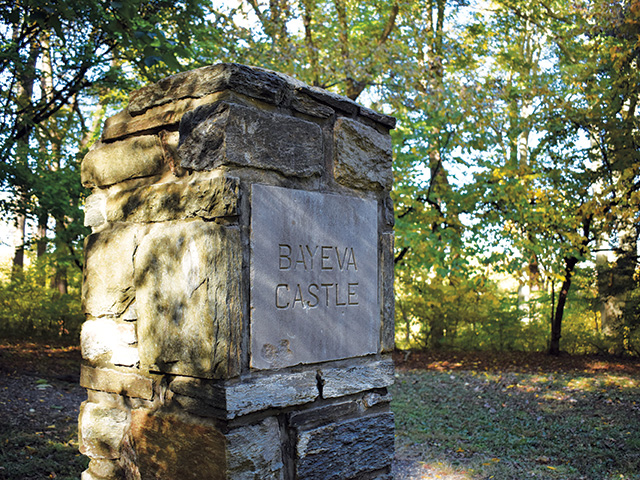 Tristan North moved into the fortress-like residence just out of college in September of 1992, joining his brother, Erik, who was already living there and needed roommates. He remembers the rent being cheap—only $1,000 per month for the entire castle. “I actually lived in the turret and had a 360-degree [view],” he says.

In 1993, Catherine Robb became their housemate after hearing about the place from a mutual friend. “I had just graduated from UVA and was thinking about law school,” says Robb, an attorney who grew up in McLean (she happens to be a daughter of former senator Chuck Robb and Lynda Bird Johnson Robb; granddaughter of LBJ and Lady Bird Johnson). “And I thought, Hmm, living in a castle with some boys. That sounds like fun.”

It was. Unlike their predecessors, the home’s new inhabitants saw it as the ultimate party house, filled with character, quirkiness and intrigue. “There was this walk-in vault with a huge door,” recalls North, now a trade association executive living in Richmond. “I think someone bore through the locks so no one could get trapped in there.”

“It was a magical place to live,” Robb says.

But the old castle was falling into disrepair. It wasn’t long before the developer went bankrupt, the property went into foreclosure and the party was over, forcing the young tenants to reluctantly find other places to live.

In November 1994, the crumbling edifice was razed and the demolition crew made a gruesome discovery—the remains of a fetus hidden in the castle’s coal chute. Police determined it was likely one of the stillborn babies the doctor had been known to preserve for use in his teaching. No criminal charges were filed.

Today, all that’s left of the castle are those two columns. And some legendary stories.