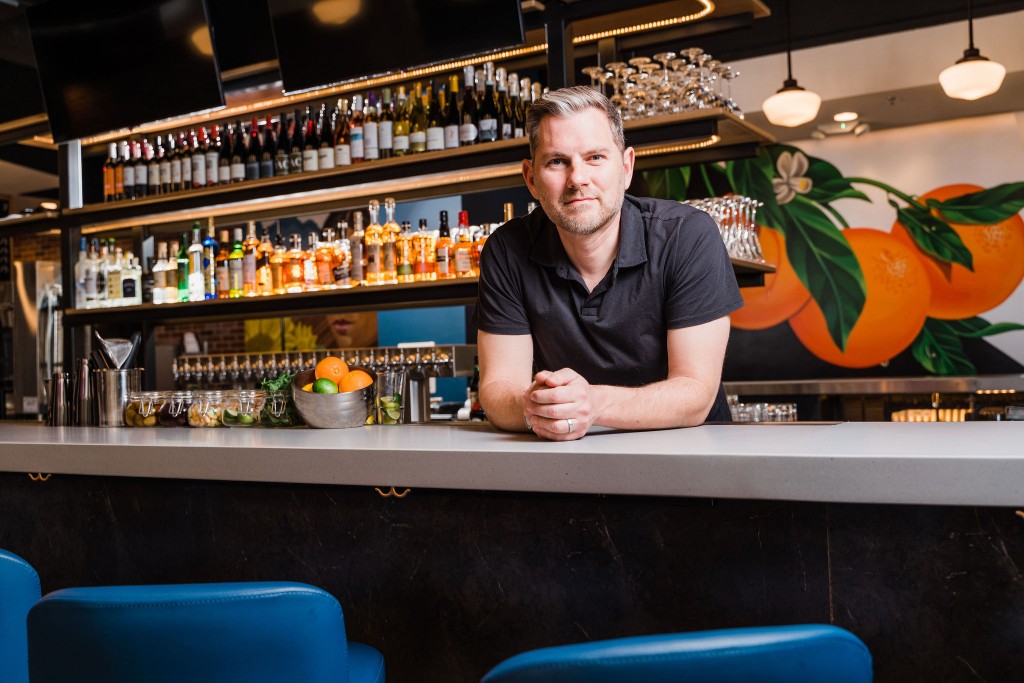 Restaurateur Nick Freshman at The Freshman. Photo by Joseph Tran.

For restaurateur Nick Freshman, yesterday’s soft opening of his eponymous café was even sweeter than the vanilla-cardamom bread in the pastry case, and every bit as toast-worthy as the Gimonnet-Gonet Champagne on the drinks menu.

The debut of the coffee-to-cocktails concept comes a year later than planned, after the pandemic caused The Freshman—the first space signed at National Landing on the heels of Amazon’s HQ2 announcement—to hit pause.

Now, at long last, the kitchen is fired up and the drinks are flowing. Patrons in need of refreshment will find nearly 20 curated wines by the glass or bottle, 10+ beers and ciders (many of them local), house-made sangria, and craft cocktails such as La Jefa, a smoky mezcal rendition of a classic margarita, and Maude’s Manhattan, featuring WhistlePig PiggyBack rye. Plus coffee and espresso drinks made with Swing’s Coffee. 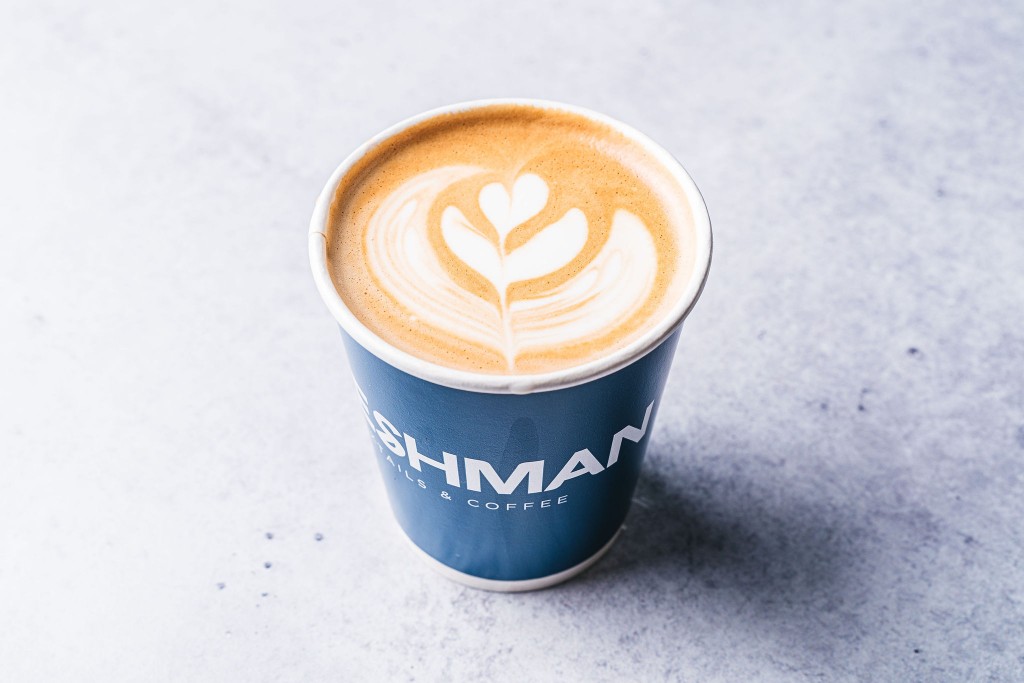 A latte to go, made with Swing’s 4 Mile espresso blend. Photo by Joseph Tran.

“We partnered with Swing’s because they are a local company, and their commitment to supporting small farms and offering exceptional coffee is a fit for our brand,” says Freshman, who grew up in Arlington and lives in neighboring Arlington Ridge. “Our drip coffee is a single origin called La Voz—a small cooperative of growers in the Western Highlands of Guatemala. A large proportion of the landowners are women; a rare thing in coffee farming.” 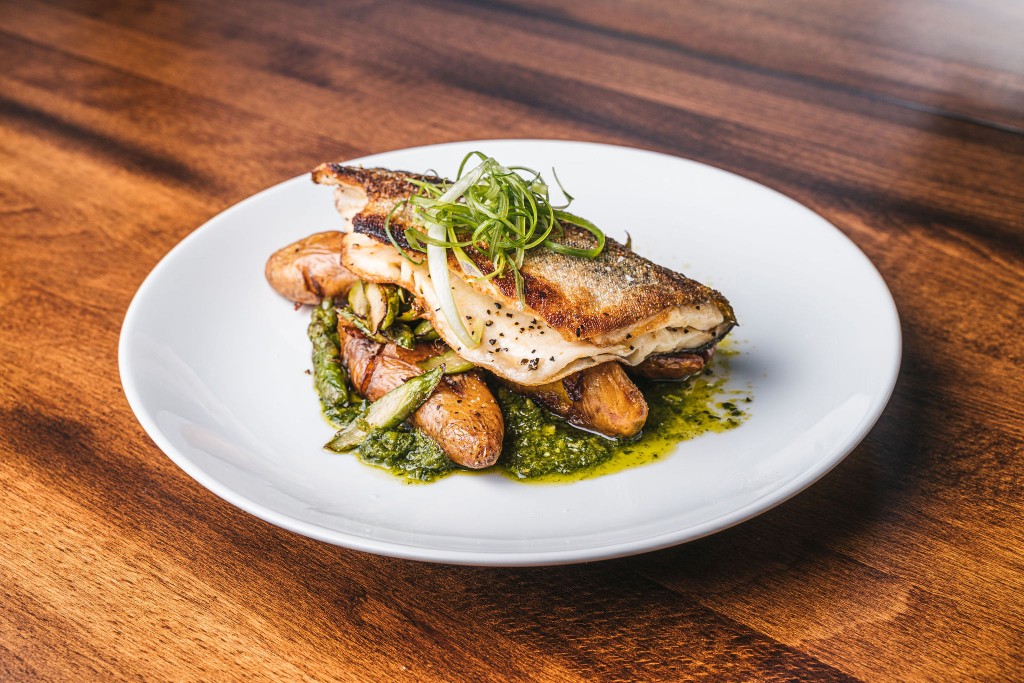 The pastries and desserts are courtesy of Dawn Hart’s Village Sweet in Westover. 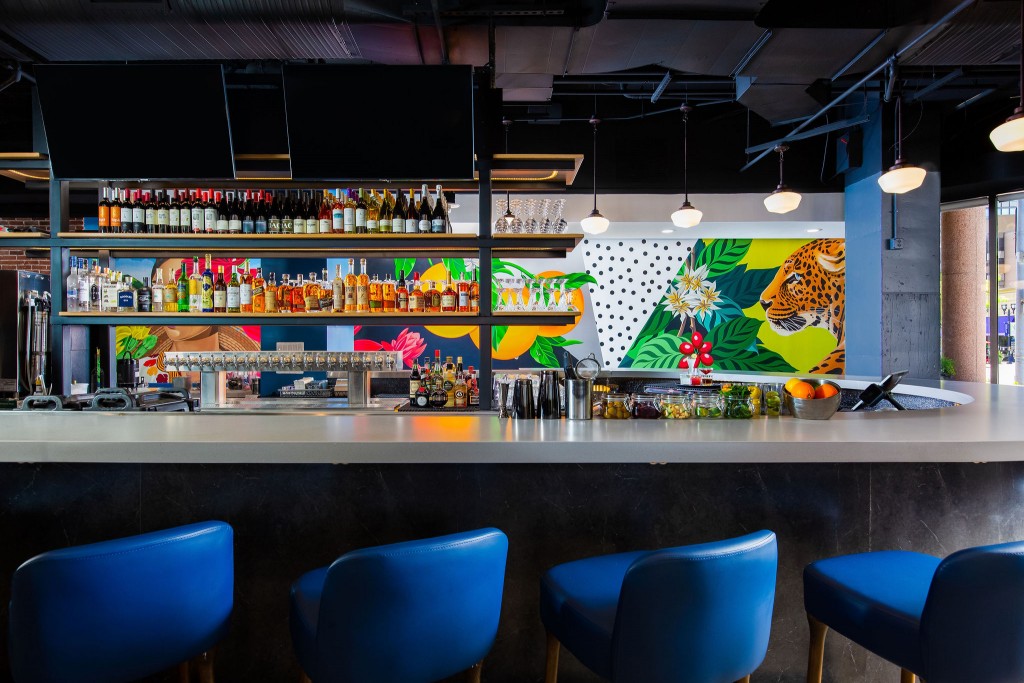 The interior, featuring a colorful mural by Miss Chelove. Photo by Joseph Tran.

The space, designed by local Studio //3877, has seating for 120, plus 50 more on the patio. The interior is anchored by a colorful mural by D.C. artist Cita Sadeli, aka Miss Chelove, with iconography that pays homage to the Central American region that supplies the restaurant’s coffee, as well as the immigrants who make up a sizable share of the DMV’s hospitality workers.

“The D.C. area is fortunate to have a large population of immigrants from El Salvador and Guatemala, many of whom work in hospitality,” Freshman says. “The mural underscores the idea that a restaurant is so much bigger than one entrepreneur or one idea.” 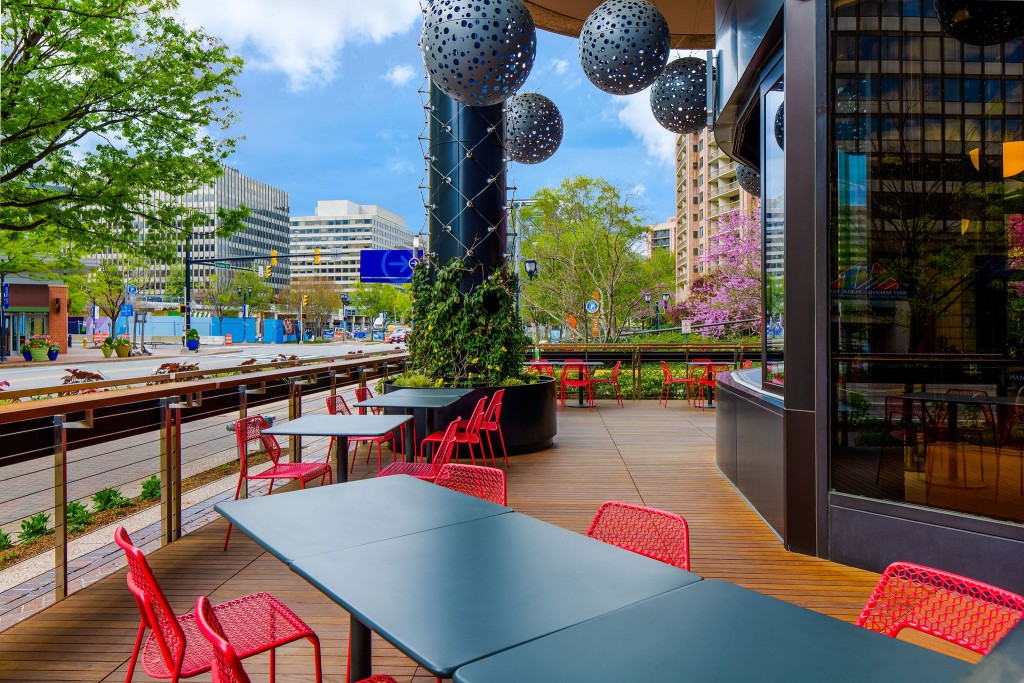 Prior to opening as an all-day cafe, The Freshman’s 3,400-square-foot space at 2011 Crystal Drive temporarily served as a distribution site for Hook Hall Helps, a relief effort providing meals and supplies to hospitality workers during the pandemic. That operation has now moved to the former Cosi space next door, where it continues to support area families in need.

Freshman is a co-founder of Mothersauce Partners, a restaurant incubator that has helped bring a number of successful hospitality concepts to fruition, including Thompson Italian, Takoma Brewing Co., The Eleanor and the soon-to-open City-State Brewing. He also co-owns Spider Kelly’s in Clarendon.

Covid Chronicles: Nick Freshman – “The future of my restaurants is uncertain, but many restaurants have already had to abandon their futures.”

Good Night to a Great Bar