How photographer Sarah Goldman got to know her new neighbors while raising money for local nonprofits. 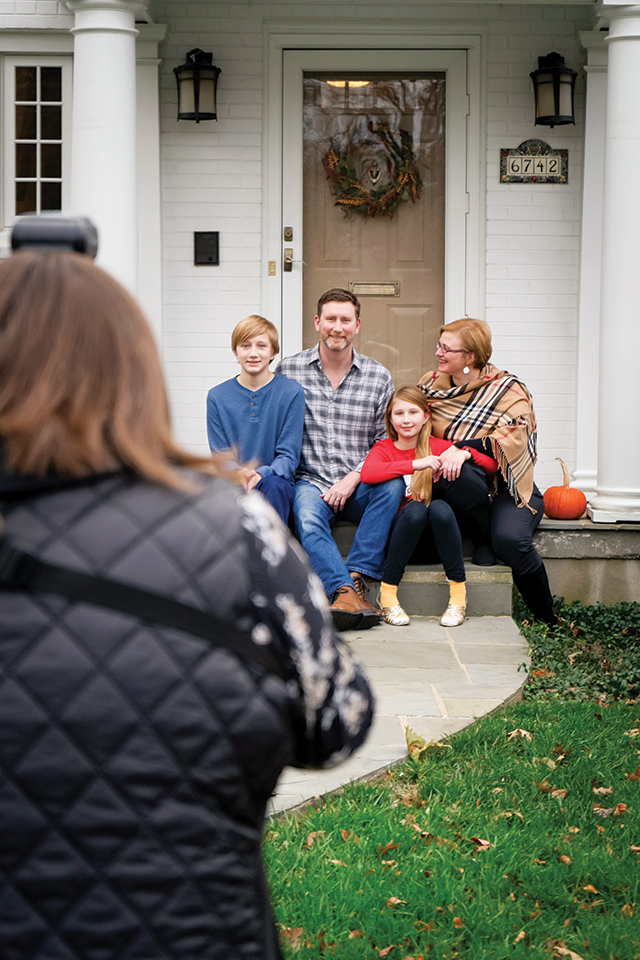 Sarah Goldman and her husband had just moved to Arlington’s Tara-Leeway Heights neighborhood from South Carolina—on March 9, to be exact—when Covid sent all of Northern Virginia into lockdown. Goldman, a professional photographer, wanted to get to know her new community, and she wanted to help. She signed on to a viral photography initiative called The Front Steps Project and began offering pro bono portraits to local families in exchange for good-faith donations to area charities.

Being new and not knowing many of her neighbors, Goldman posted a notice on Nextdoor. Within two days she had about 100 interested families. A week later she was snapping photos from a safe distance outdoors—with many folks posing on their front steps.

“It felt good to do something—anything,” she says. “It kind of gave me a sense of purpose.”

In the end, she left nearly 200 families with a nice memento from their time in quarantine, while helping to raise more than $19,000 for local organizations such as the Arlington Food Assistance Center, Calvary Women’s Services and the Virginia Hospital Center Foundation.

One especially grateful couple was photographed while boxing up 25 years’ worth of memories as they prepared to move out of the Falls Church house in which they’d raised their kids. When their adult children stopped by to help them pack, they seized the opportunity to capture a family portrait to hang in their new place.

Some 500 photographers worldwide contributed to The Front Steps Project, raising more than $3.35 million for food pantries, animal shelters, hospitals and other causes across all 50 states and 12 countries. One of Goldman’s portraits is now featured in a book created by the project’s originators.