The Mayor of Green Valley

John Robinson Jr. anchored his neighborhood and brought people together. Now, so will the public square that bears his name. 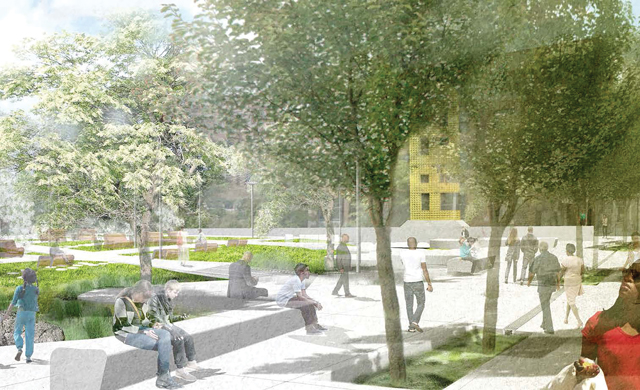 She was a third-grader at Drew Elementary School the day Martin Luther King Jr. was assassinated in 1968. Everyone was crying, she says, but Robinson was already organizing.

Soon after, Robinson went into D.C. to march in support of making King’s birthday a national holiday. Clark joined him. “We skipped school and went down with a group and marched [at] the monuments,” she remembers.

For decades “the Mayor of Green Valley”—as Robinson was known—was a constant presence in his Arlington neighborhood. He published a community newsletter, fought against racial discrimination and opened a community center named for King. He organized food and clothing drives, advocated for fair housing, worked with law enforcement to tackle the area’s drug problem and mentored kids. In September, Arlington will unveil a new town square, bearing his name, at the intersection of South Kenmore Street and Shirlington Road.

Robinson was born in Green Valley in 1934. He attended segregated Arlington schools, went to Howard University and joined the Army. After he left the military, he returned home, became a civic activist and started publishing Green Valley News, a newsletter that circulated for more than 40 years.

“I was one of the youths who would…distribute it,” says Clark, 62. “He paid us. We sold it for 10 cents and we got to keep 5 cents for every newsletter sold.” 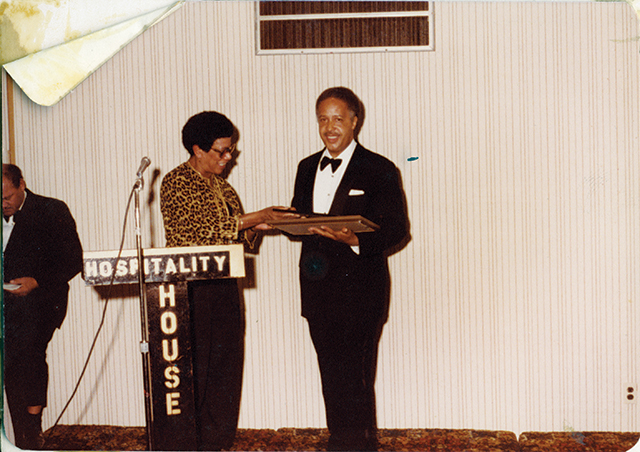 Robinson always had time for kids, says Clark, now president of the Green Valley Civic Association. “Just watching how he operated and engaged—he always encouraged us to be positive and do the right thing.”

After Robinson’s death in 2010 at the age of 75, Clark inherited the newsletter archives dating back to the early 1960s. She has since donated a portion to the Arlington Public Library.

The public gathering space that will honor Robinson’s legacy was originally planned as Nauck Town Square, until the county board in November approved a name change more consistent with the neighborhood’s identity. In 2019, the civic association that Clark heads voted to shed the name Nauck (a white developer who once built homes in the area) in favor of Green Valley, the name by which the community was known when it was first settled by free Blacks prior to the Civil War.

Designed by Oakland, California-based urban landscape designer Walter Hood, John Robinson Jr. Town Square will feature walkways, plantings and trees, public art and a stage for performances. It will occupy the block that once held Robinson’s office and the Martin Luther King Jr. Community Center, which was destroyed in a 2005 fire. (The site also sits across the street from the Green Valley Pharmacy, which fellow community leader Leonard “Doc” Muse operated for 64 years before his death in 2017 at the age of 94.)

Clark remembers her mentor as an “icon.”

“John would give you the shirt off his back if he had to,” she says. “He was just that type of person who took care of whoever he could. That was his mission in life.”